A figurine of the presidential candidate comes with "stainless steel thighs" and can crack the toughest of nuts. 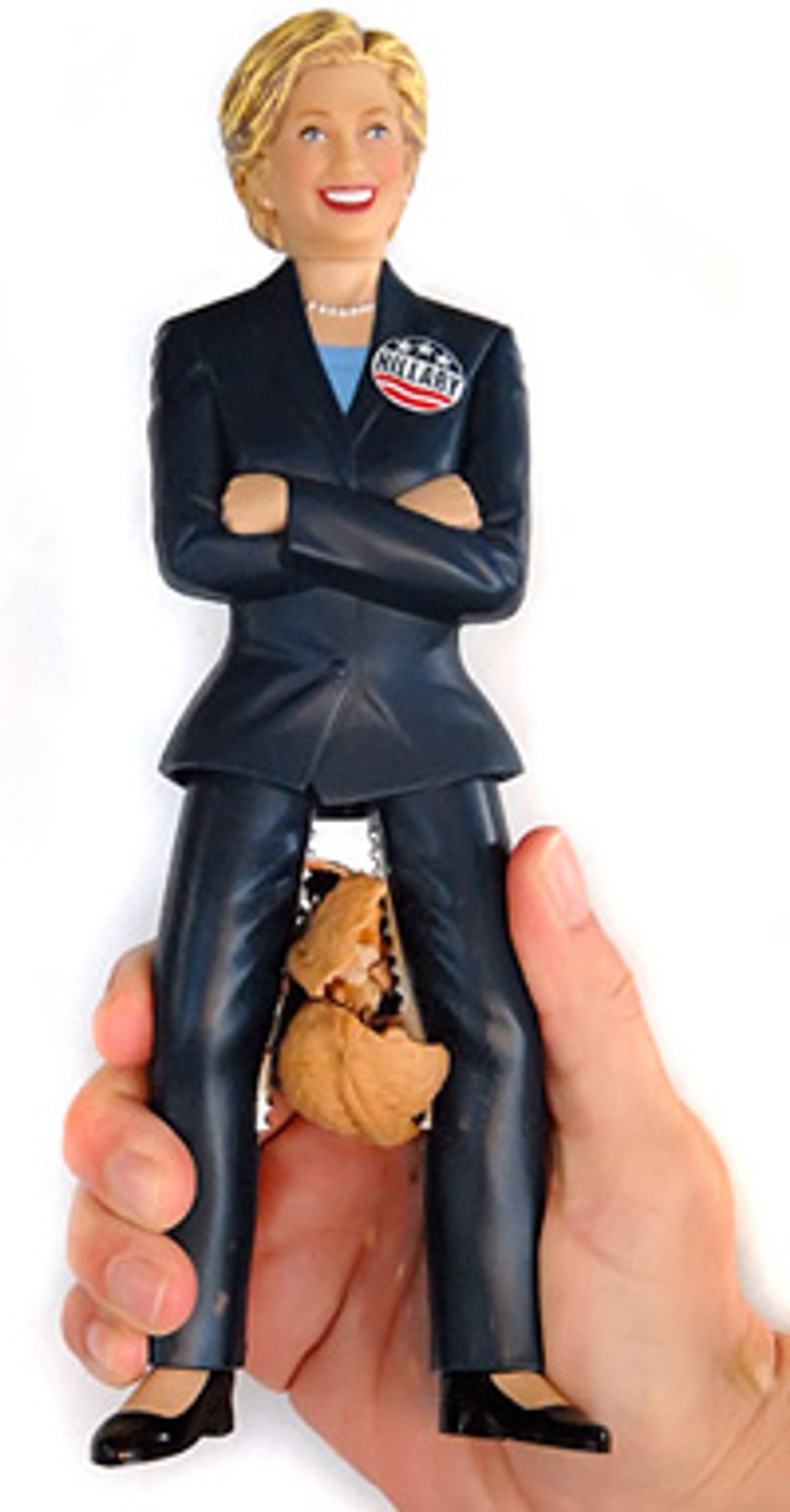 At last, the perfect present for that special, female-fearing someone in your life! For only $19.95 you can remind your buddy to guard his balls around powerful women, thanks to the Hillary Nutcracker! This 8-inch plastic figurine of Hillary Clinton features flexible legs and "stainless steel thighs." Place even the toughest of nuts between her thighs, squeeze and, voilà, you have yourself a "Hillary-cracked nut."

What an awesomely vivid manifestation of extreme cultural anxiety over a woman becoming commander in chief!

Now, when I first read about the Hillary Nutcracker today in the New York Post, I thought: Where can I get one? I'm drawn to fun, kitschy renderings of female power and, after all, a "ball buster" can be defined as a man or woman who is tough and demanding. It's also potentially ironic -- a way to laugh at any man who would get his boxers in a bunch and feel his manhood wither at the thought of a woman running the country.

But, of course, those are the exact people causing the Hillary Nutcracker to, reportedly, fly off the shelves; it's not because the general public is clamoring to celebrate a strong female figure. In reporting on the device, Tucker Carlson cheered, "That is so perfect! I have often said, when she comes on television, I involuntarily cross my legs." The Hillary Nutcracker Web site even allows oh-so-delicate dudes to vote on which woman will be made into a nutcracker next: Rosie O'Donnell, Ann Coulter, Nancy Pelosi, Martha Stewart, Nancy Grace or Condoleezza Rice.

I certainly hope the Hillary Nutcracker, which has been lab-tested up to 500 cracks, provides some catharsis for Carlson and his ilk -- it looks like they desperately need it.