The "Project Runway" guru talks about his new show, "Tim Gunn's Guide to Style," and his passionate crusade to make fashion work for the masses. An interview and podcast. 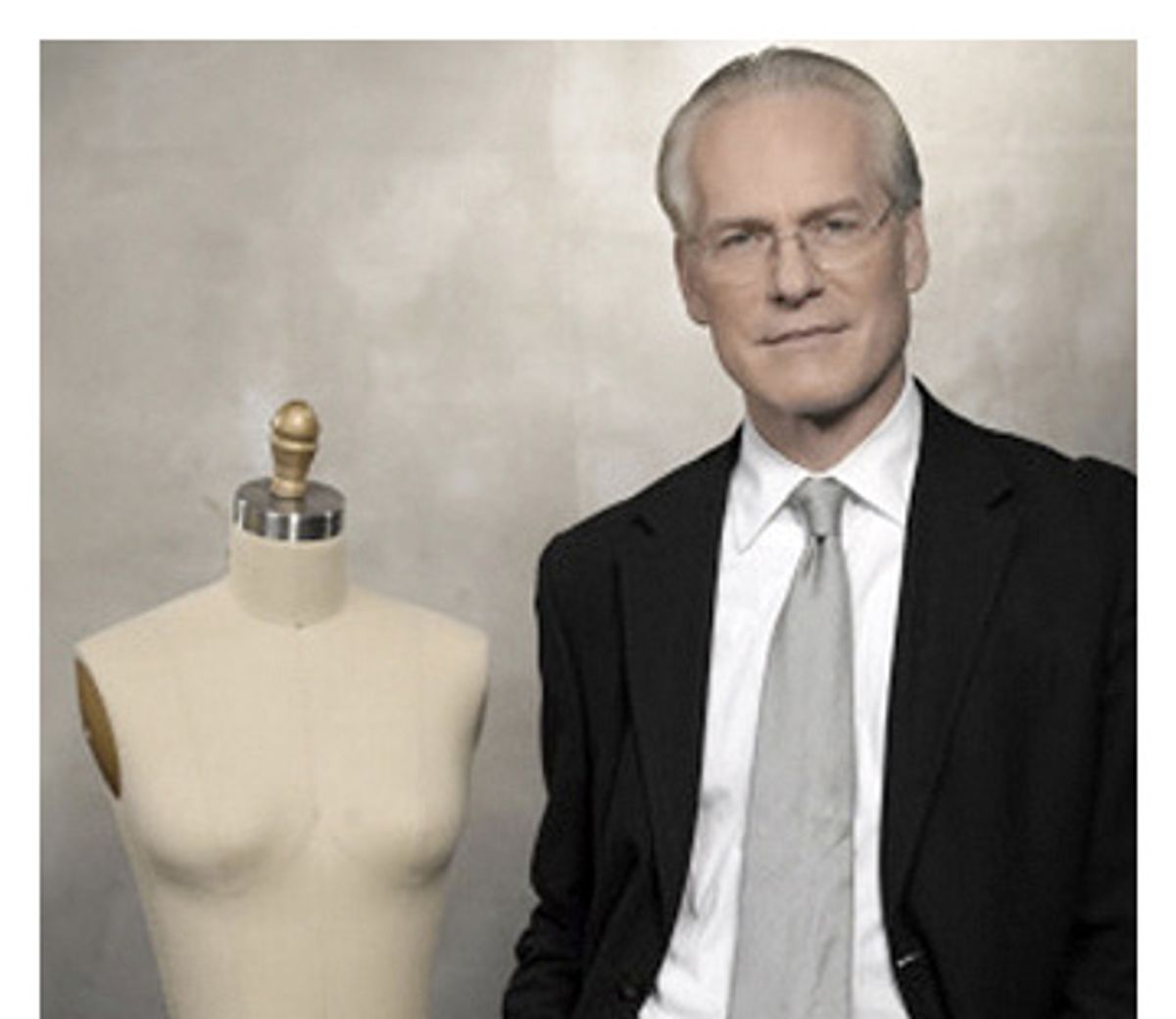 When I pick up the phone and hear Tim Gunn on the other end, a hypnotic calm comes over me -- and not just because he can't see my flip-flops and jeans. Maybe it's his voice (an arch purr) or his candor (his mother still critiques his clothes, he divulges), but after five minutes I'm ready to bare my soul and my closet to him.

As it turns out, I -- and the rest of America -- can now watch others do just that every Thursday night. After three seasons spent stealing the spotlight from Heidi Klum on Bravo's hit reality show "Project Runway," the former Parsons School of Design dean and voice of sartorial reason is stepping out with his own prime-time makeover series. "Tim Gunn's Guide to Style," which premiered on Bravo on Sept. 6, takes the formula pioneered by the BBC and TLC on "What Not to Wear" and gives it a soft, sophisticated new look. In each episode, with his signature professorial panache -- and with former model Veronica Webb as his sassy sidekick -- Gunn studies and instructs a wayward woman in the art and discipline of dressing smart. The result is a refreshingly adult -- and intelligent -- reality program that is as much about the struggle to break bad habits as it is finding the perfect black dress. And what's not to love about that?

Salon spoke to Gunn about fashion ruts, the lies we see when looking in the mirror, and the redeeming power of the perfect bra. (To listen to a podcast of the interview, click here.)

What's the difference between teaching someone how to design something and teaching them how to wear something?

But when you're dealing with a retail environment full of clothes, it becomes something very different. On the new show, "Guide to Style," I may see why our subject would be attracted to a certain style, or point to something and say that's a beautiful dress -- but the real question is, "Is it right for you?" My task is a matter of getting the subject to be critically analytical about herself and how she looks in clothes. But both situations deal with critical analysis.

Sure, there's definitely critical analysis happening, but isn't it on a much more personal level with the subjects on the new show? You veer into the terrain of life coaching, because you have to tackle the reasons why your subjects are dressing a certain way.

Yes, my work in the new show is definitely tied into the psyche. People put on certain clothes for certain reasons, I assume, when their closet is filled with clothes. I try to say to the subjects, "Don't personalize this. I'm not saying you're bad, I'm saying the dress is bad. The dress doesn't work for you." And, "Why would you want to wear something that isn't showing you off at your best?" And if they answer, "Well, I really like this!" I say, "OK, I appreciate that. I respect it. You like it. But look at it on you. Do you see what I mean now?" And eventually they begin to get it.

I found that across the board there were a couple of common denominators with all eight women we worked with this season. For instance, not one of them was wearing the right bra size.

The bra thing just seems to be a huge, huge problem. I remember an Oprah episode from a couple of seasons ago, when she had everyone in the audience fitted for new bras -- women talked about it like it had changed their lives.

It does. You can't fix what's on top unless the foundation is correct. It's like building a building. If the foundation isn't right, whatever goes on top of it doesn't really matter. All these women, even in the stodgy, old everyday clothes that they greeted us in, with the right bra, they all looked better. And what was most important was that they felt so much better. They had an undergarment epiphany.

But the other common denominator was that in the beginning, not one of the women was able to look in the mirror and really see the same person I saw. They saw someone else. Of course, I have to say, the same thing happens to me. Our brain is filled with what we think we look like, and we project that into that image in the mirror.

Does watching yourself on TV make you critical of your own style?

If I don't do it, my mother does it. She'll call me and she'll say, "Why didn't anyone tell you your collar was askew? Why did you wear that suit with that shirt?" Oh, Mother, please! I haven't seen the rough cuts from the new show -- I'll wait for the show to air. But Veronica [Webb], my co-host, looked at them and she said, "You should see how I look in this scene! You should see my hair!" I have to say, but Veronica, how was the show? [Laughs]. But I know what she means.

Do you find that your background as a professor -- and specifically your professor persona -- helps you do this kind of work now? Do you go to each taping thinking of yourself as Henry Higgins?

In a manner of speaking. I certainly never want to lose my voice as an educator. At the same time, I don't want to change these women; I just want to make them better. When we have the reveal at the end, and the family and friends are there, they always express to me huge relief that they recognize the person Veronica and I have been working with. Because they come with an expectation, an awful anticipation, that they're not going to know who she is. But why would we do that? Furthermore, whatever change happens, happens from within the person. Whoever you're looking at in the end, that person was always in there. We just help that individual come out. It's been incredibly rewarding to help these women, and I hope that our viewers take lessons to heart and can do some of this work themselves. If nothing else, clean out your closet!

You and Veronica talk a lot about women falling into fashion "ruts." What are the telltale signs?

The most indisputable sign is simply wearing the same items of apparel over and over and over again. And having them not show you off at your best. There are lots of people who have uniforms. I in my own way do -- I'm comfortable with the shapes and silhouettes and proportions that I wear, and my wardrobe's all black and grey and that's just the way it is for me. God knows Michael Kors has a uniform -- we see it on "Project Runway" every week. But, again, it works for him.

But when it's a pair of jeans and a T-shirt? And you're a professional woman or man, and you're not in an IT position, or dog training? One of the subjects in our first season is a teacher, and I said to her, "You're a role model for your students! Do you not consider what you're wearing to be part of that message?"

The same thing happened when I was on Capitol Hill a number of months ago, advocating for the Design Piracy Prohibition Act. I can't tell you how many women on the Hill saw me coming down the hallway and lunged, shrieking, "No! I'm not a fashion person, don't look at me!" Some of these were elected women, congresswomen and senators, and I finally said to one of them, "You know, you're an elected official, the clothes you wear send a message about how you want to be perceived -- and you have constituents who are clearly sitting in judgment of you. Don't you think that what you wear is important?" One of the messages of my book and certainly of the show is that we need to take responsibility for our dressing. We at least need to be cognizant of it. That's all that I ask: that people accept responsibility for how they're presenting themselves.