A setback in Anbar

A leader in the fight against al-Qaida is killed by a roadside bomb. 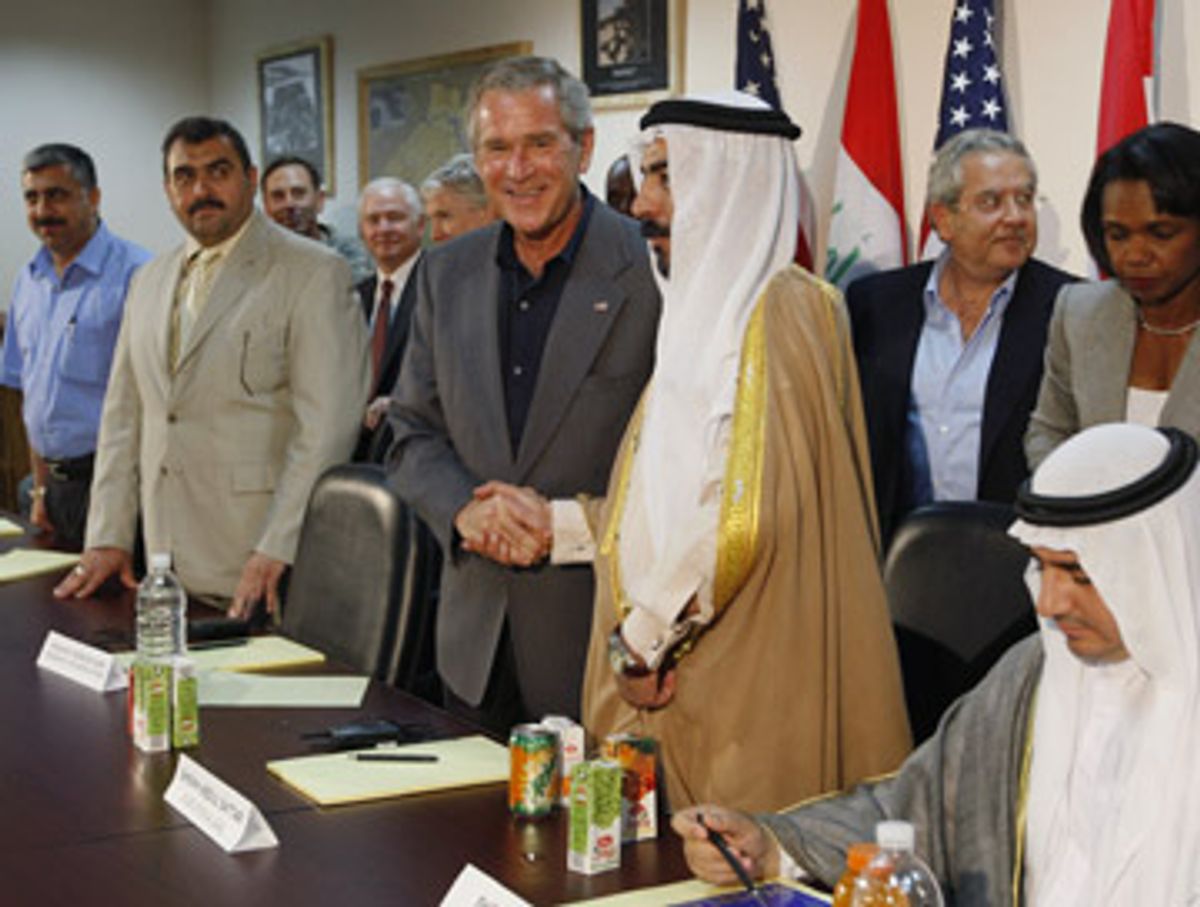 Supporters of the president's surge have made much of all the progress they're seeing in Anbar province. But in what officials are calling a huge setback for U.S. efforts in Iraq, the most prominent leader in the Sunni push-back against al-Qaida in Anbar was killed Thursday by a roadside bomb.

Abdul-Sattar Abu Risha, the leader of the Anbar Salvation Council, met with George W. Bush during the president's surprise visit to Iraq earlier this month.