The full transcript of Gen. William Westmoreland's Nov. 19, 1967, appearance on "Meet the Press" to discuss progress in Vietnam. 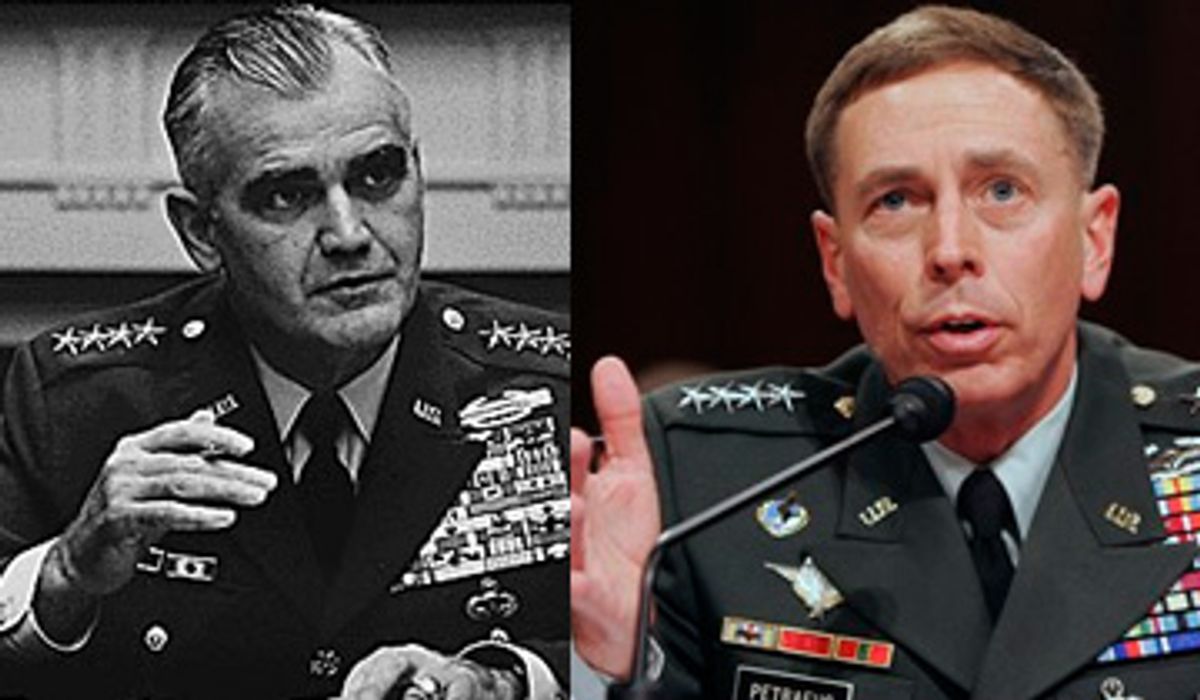 Editor's note: This week all eyes were on Washington, where Gen. David Petraeus, the commander of U.S. forces in Iraq, and Ryan Crocker, the U.S. ambassador to Iraq, appeared before Congress to tout the alleged success of President Bush's "surge." The pair also delivered their message on Fox News during an exclusive hour-long interview.

The duo's public relations blitz recalled another campaign 40 years earlier, in which a matched pair of ambassador and general argued the case for a different unpopular war. In 1967, Gen. William Westmoreland, then leading the U.S. military effort in Vietnam, and Ellsworth Bunker, the U.S. ambassador to that country, told Congress and the media that progress was being made in Vietnam.

Notably, Bunker and Westmoreland appeared together on NBC's "Meet the Press" on November 19, 1967, to deliver the Johnson administration's talking points on the Vietnam war. An employee at NBC News' Washington bureau was able to locate an old transcript, which he provided to Salon. The full transcript is reproduced on the pages that follow.

Westmoreland and Bunker and Petraeus and Crocker may have been discussing two wars separated by four decades and 4,000 miles, but the lines they delivered often sound eerily similar, from the insistence on progress against the enemy to alleged interference by foreign powers to questions about whether local allies were ready to take over the fighting.

In the "Meet the Press" transcript, for example, Westmoreland discusses a drawdown of U.S. troops from Vietnam. "I can foresee within two years or less," he says, "that we will be able to phase-down the level of our military effort, which means that we could reduce the number of people involved." That sounds much like something Petraeus said during his appearance on Fox News, as he explained some of what he had told Congress earlier that day. He mentions "transitioning responsibilities to Iraqi security forces as quickly as they can take on those responsibilities."

"I then talked about the reduction in forces that I have recommended as well. And that includes a Marine expeditionary unit, 1,000 or so Marines, leaving in fact Anbar province later this month. And then ... five Army brigade combat teams starting in mid-December."

Two months after Westmoreland and Bunker appeared on "Meet the Press," the North Vietnamese launched the Tet offensive.