With a new musical indictment of the president, Bruce Springsteen is back in the fight. 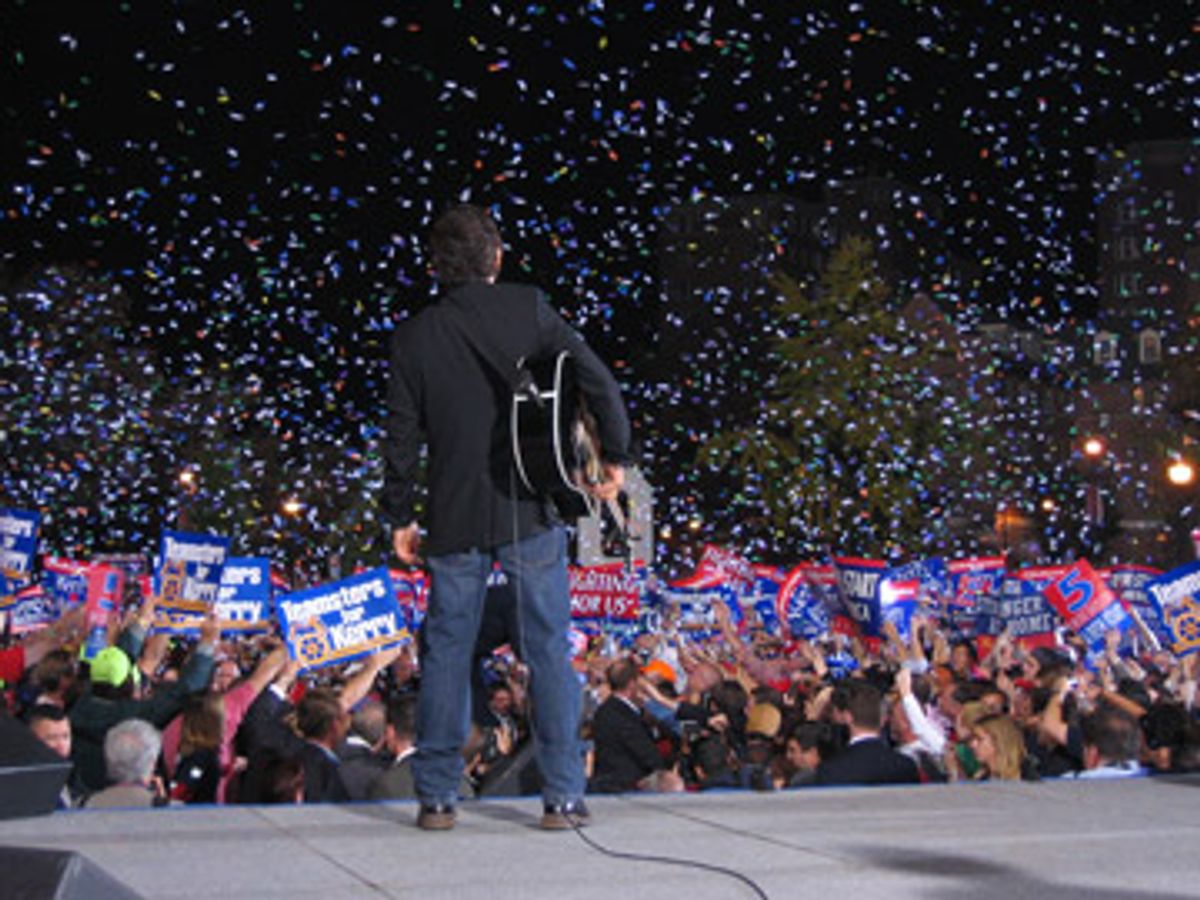 ASBURY PARK, N.J. -- Late into the first set of a concert tour that began Monday night and will stretch well into election season, Bruce Springsteen tore through his 9/11 anthem, "The Rising." Three or four years ago, that might have been the rollicking end to things. Now it's just the beginning. Before the last "li, li, li" of Springsteen's paean to the NYFD echoed down the Asbury Park boardwalk, the E Street Band had rumbled into one of Springsteen's newest songs: a full frontal attack on the Iraq war built around John Kerry's 1971 testimony on Vietnam.

The kids asleep in the backseat
We're just countin' the miles you and me
We don't measure the blood we've drawn anymore
We just stack the bodies outside the door.

In the summer of 2004, Springsteen toured swing states with the "Vote for Change" tour, then followed it up with appearances alongside John Kerry in Wisconsin and Ohio. The change Springsteen wanted didn't come, of course, and his new album -- the not-yet-released "Magic" -- focuses on what we've lost as a result.

In "Long Walk Home," a father tells his son that the flag flying over the local courthouse means that "certain things are set in stone: who we are, what we'll do and what we won't." But introducing "Magic's" "Livin' in the Future" Monday night -- "Woke up election day, sky gunpowder and shades of gray" -- Springsteen said that some of those things we'd never do are the ones we're doing already: illegal rendition, voter suppression, the torture of people in the custody of our government.

Springsteen's list drifted off as the band started to play; at this, the first "rehearsal concert" for a tour that will last months, Springsteen's indictment of the current administration hadn't yet developed into the full poetic bill of particulars he delivered during the Vote for Change tour in 2004. But it's there nonetheless, fleshed out in the songs Springsteen sang and the way he put them together. Early on Monday night, he played "No Surrender," the hold-your-dreams-tight rocker Kerry chose for his campaign theme, then followed it with the mournful, Iraq-tinged "Gypsy Biker": "To the dead, well it don't matter much 'bout who's wrong or right ... To him that threw you away, you ain't nothing but gone."

On those autumn nights three years ago, Springsteen told us that the "country we carry in our hearts" was waiting for us. His show Monday night was a reminder that it's still there but only there, and that the long walk back to it hasn't even yet begun.