Don't think of a sick child

President Bush wants to leave American families to the mercy of profit-run healthcare -- a practical and moral failure. 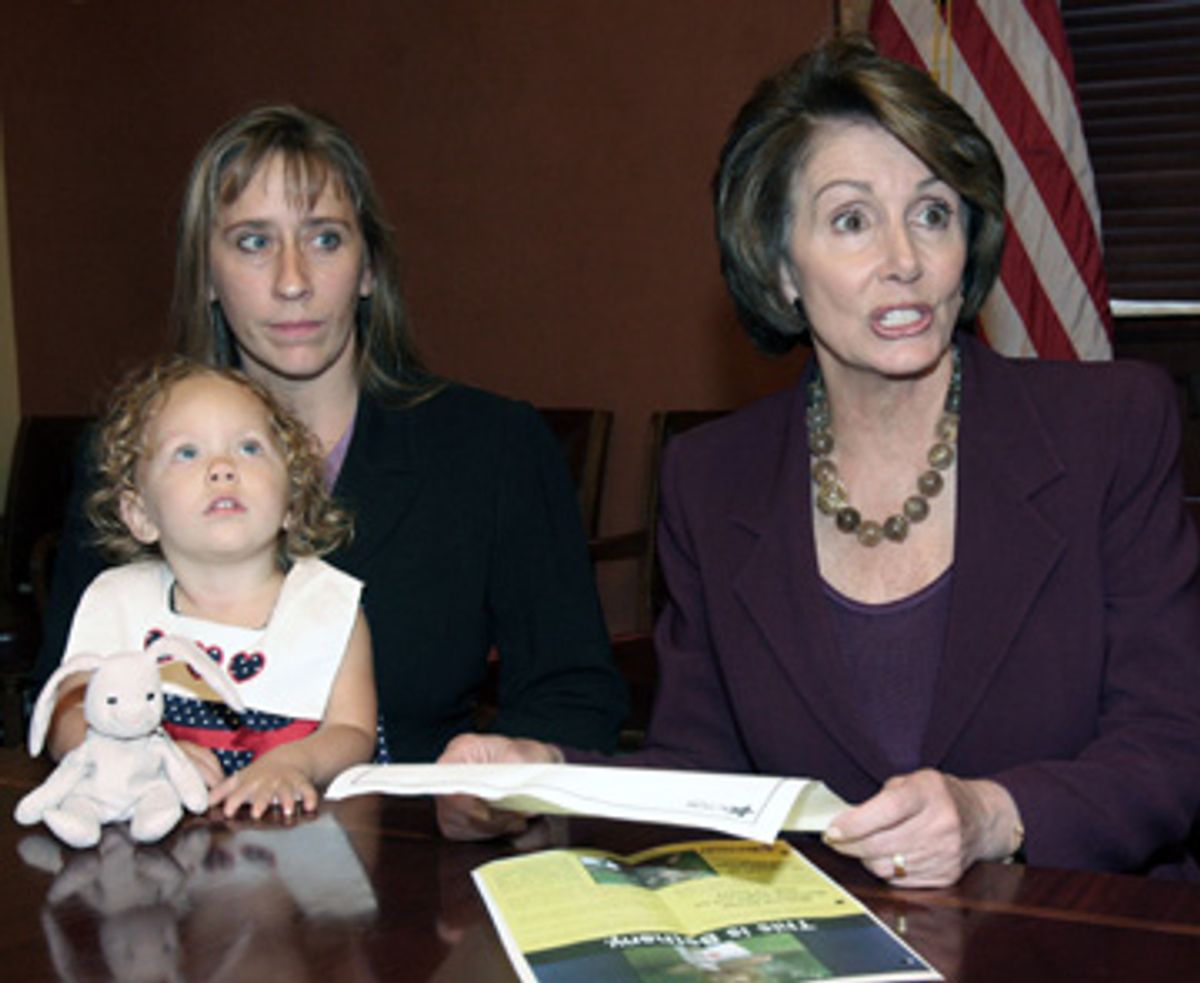 George W. Bush doesn't want you to think of a sick child. Not Graeme Frost. Not Gemma Frost. Not Bethany Wilkerson. Not any of the real children affected.

He wants you straining your eyes on the fine print of policies, puzzling over the nuances of coverage -- whether you can afford premiums for basic, catastrophic, comprehensive or limited health insurance. Last week on "Real Time With Bill Maher," even Tucker Carlson kind of got it right, saying, "No one child is a metaphor -- he's a kid!" That's the point. They're all kids, each one, one by one. The question is, do you care?

The actuaries don't. And can't. Health insurance companies make their money by denying care. They maximize profit by authorizing as little care as they can get away with. That's what all those administrative costs -- as high as 30 percent -- and all that paperwork are mostly about. It takes a lot of people to justify denying care.

Profit-run medicine is not, and cannot be, full care. What is needed is patient- and doctor-run medicine. The State Children's Health Insurance Program (SCHIP) is just that. Our children need care. Our doctors provide it. The government handles the transactions, period. And we pay a lot less and get a lot more, because there are virtually no administrative costs and no profits being taken by outsiders.

Government in America has a sacred moral mission to protect us, its citizens. Protection means more than the military and the police. It means worker protection, consumer protection, environmental protection and Social Security. And it means health security.

When children in your family fall sick, you don't look away. You make sure they are cared for and get better. That's the way the American family should also work.

George Lakoff and Glenn W. Smith are senior fellows at the Rockridge Institute in Berkeley, Calif.