Jackson Browne, Bonnie Raitt and Graham Nash revived their rally against nukes in Washington Tuesday. But the real battle is on the Web. 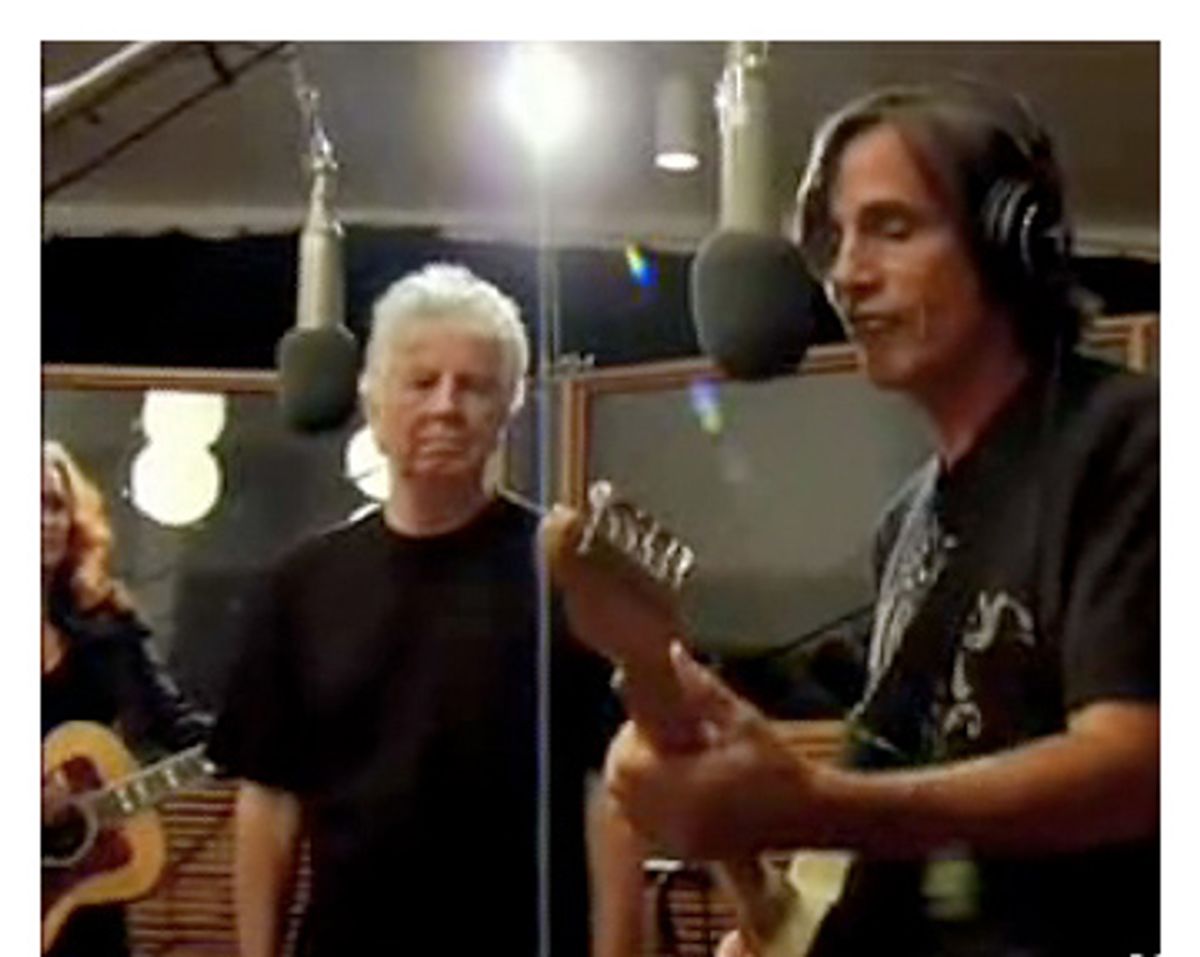 Jackson Browne, Bonnie Raitt and Graham Nash traveled to Washington, D.C., Tuesday to resuscitate the anti-nukes protest they started in 1979, following the infamous Three Mile Island nuclear accident. The specter of deadly radiation hung over five concerts they helped orchestrate that year, featuring an inspired performance by Bruce Springsteen, later collected on an album and film, "No Nukes."

Almost 30 years later, Browne, Raitt and Nash delivered to Congress petitions signed by 120,000 including Melissa Etheridge, Keb' Mo', Patti Smith, Pearl Jam, R.E.M. and Natalie Maines and Emily Robison of the Dixie Chicks. The musicians and a host of environmental activists like Robert F. Kennedy Jr. oppose a provision in the Senate energy bill that would expand federal loan guarantees for nuclear power. The artists hope to find a sympathetic ear in Washington, at least in the House, given that John Hall, formerly of the band Orleans, and one of the ringleaders of the original no-nukes group, is currently a congressman from New York.

Despite the hoopla in Washington, the real action in the musicians' nuke fight is on the Web. Since the artists released a video on their Web site NukeFree.org a week ago, a video propaganda war has been brewing on YouTube.

In the original video, titled "Stop the Nuclear Bailout," made by Robert Greenwald, who also directed the muckraking film "Iraq for Sale: The War Profiteers," the singers riff on the Buffalo Springfield chestnut "For What It's Worth," changing lyrics -- "What a field day for the nukes" -- and inciting viewers to sign their petition. "Why should the American people be subsidizing something that hasn't worked for 50 years?" asks Raitt, while other artists rail against nuclear waste and praise solar and wind power.

That music video inspired a bevy of rebuttals on YouTube. Elizabeth King, a spokeswoman for the Nuclear Energy Institute, contributed a paean to nuclear power, which she begins by noting, "I'm a musician, and I appreciate the talents of artists like Bonnie Raitt, Ben Harper and Graham Nash, but we don't all think alike." Kyle Woodlock, 23, a graduate student in computer science at the Georgia Institute of Technology in Atlanta, contributed a video that hacks into the musicians' own and rebuts each of the points made by Browne, Raitt and Harper. "Nuclear isn't a perfect solution," Woodlock told Salon, but the musicians "overstate the drawbacks and dangers because of ideological opposition to nuclear energy." The Nuclear Energy Institute and Woodlock videos then inspired a rebuttal of the rebuttals from NukeFree.org editor, writer and anti-nuclear activist Harvey Wasserman, citing the danger of a terrorist attack on a nuclear power plant.

For what it's worth, watch the nuclear fallout yourself.