Oversized and overhyped, the world's biggest plane is here. Is the Airbus A380 the "most hideous airliner ever conceived"? 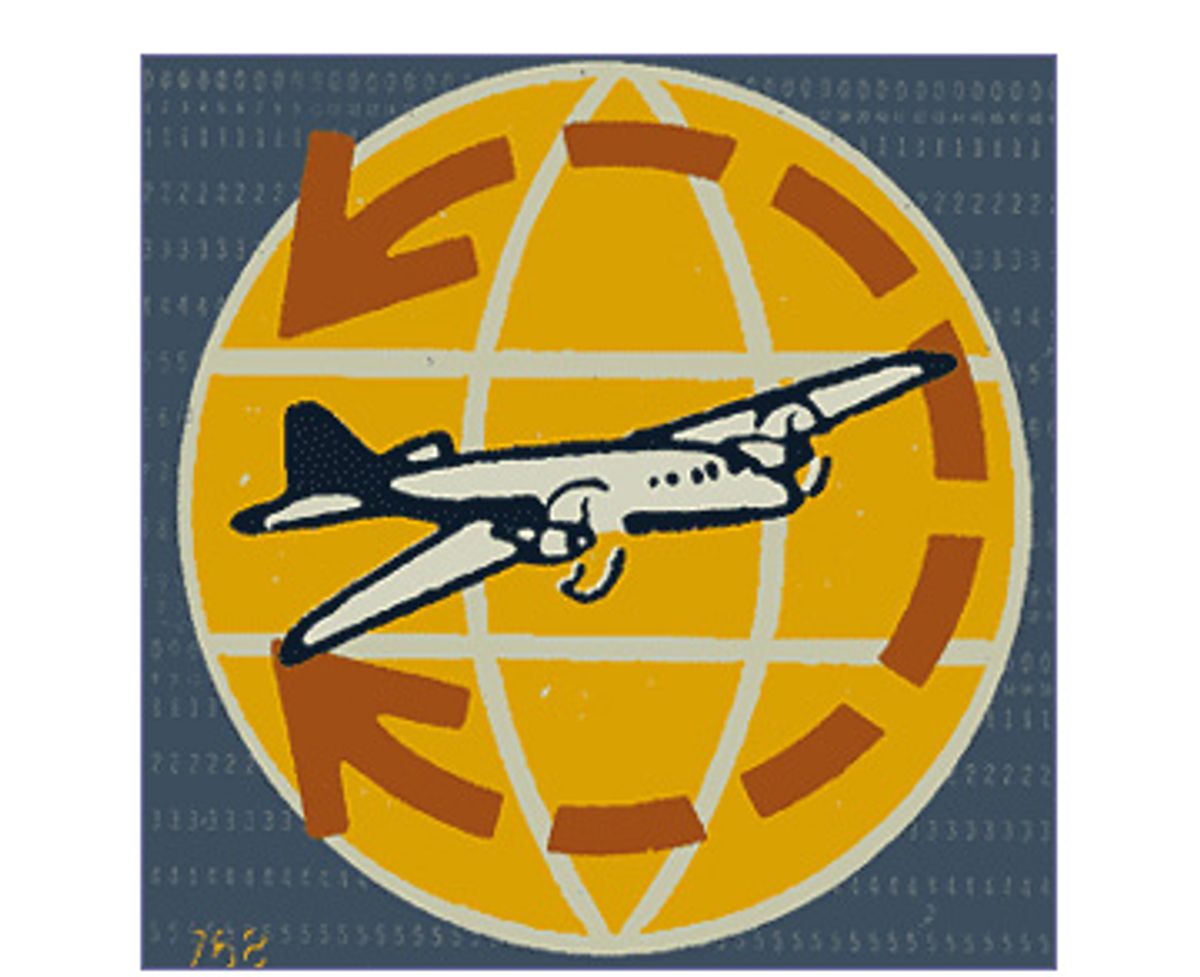 I had written to Airbus. I had written to Singapore Airlines. I had phoned the offices of Weber Shandwick, that carrier's public relations firm in New York. What I wanted was a media seat on the Airbus A380, the largest commercial passenger plane ever conceived. I was hoping to be invited for a ride aboard one of its many pre-delivery flights, then write about the experience. Hundreds of other journalists had been invited, so why not me? What a thrill. What a column!

Nobody responded. And now it's too late. If you've been watching the news, you're probably aware the Airbus A380 has, after several delays, finally entered scheduled service. Singapore Airlines introduced the monster last month between its home city and Sydney, Australia.

Granted I am not well known among the aviation media corps, but I've got another, more exciting theory to account for being so coldly snubbed: I'm blacklisted. Thanks to my relentless criticism of the A380's aesthetic failings, I am aviator non grata at any and all Airbus-related events. Let the record show that it was Patrick Smith who, in this and other publications, described the A380 in the following terms:

"Without question the most hideous airliner ever conceived"
"The worst-looking piece of major industrial design of the past 50 years"
"A huge steroidal porpoise"
"The ponderous, beluga-headed Airbus"
"An aesthetic abomination"
"Oversized, homely, decadent"

Insult to injury, I managed to take a cultural swipe as well: "And from the French, no less, who partnered in that most haughtily unmistakable of all airborne contraptions, Concorde. At heart, this is the story of a peculiar cultural victory -- the Americans as the elite, trumping those boorish, tasteless Europeans. Who knew?"

And so on. What, and no invitation? No first-class seat and VIP tour of the factory?

My critiques ring with a certain amount of hyperbole, and need it be stated that taste is a personal thing. But I'm not backing down. The jet is shamelessly, needlessly ugly.

Most of that ugliness is the fault of the plane's bulging forehead, a trait that resulted from an engineering decision to place the cockpit below the upper deck. It is useful to think of a jetliner as a sort of horizontal skyscraper. To recall the words of architecture critic Paul Goldberger, writing in a 2005 issue of the New Yorker: "Most architects who design skyscrapers focus on two aesthetic problems. How to meet the ground and how to meet the sky -- the top and the bottom, in other words." With airplanes, as with office towers, the observer's gaze is drawn instinctively to their extremities, and their attractiveness, or lack thereof, is personified through the sculpting of the nose and tail sections. Not that the A380's tail is anything special either, but it's hard to get past that forehead.

"Perhaps in ten to fifteen years," offered Geoffrey Thomas in last month's issue of Air Transport World, "the A380 will be described with the same passion and affection as the Sydney Opera House or the Eiffel Tower, two of many global icons that were bedeviled by controversy during their early years." Not this time.

Did it need to be this way? Is it true, to cite a quote attributed to an Airbus engineer some years ago, that "Air does not yield to style"? Jet age romantics recall the provocative curves of machines like the Caravelle; the urbane, needle-nosed superiority of Concorde; the Gothic surety of the 727. You're telling us that planes need to be boring, or worse, in the name of efficiency and economy. No, they don't. The state-of-the-art Boeing 787 is evidence enough of that. Americans might remember when, in the 1960s, most of the famous old baseball parks were torn down and replaced by sterile, cookie-cutter facilities in the name of "functionality." In time, people came to hate those places, until eventually they too were knocked down and replaced by retro-chic parks like the ones in Baltimore, Cleveland, Pittsburgh and elsewhere. These stadiums offer the best of both worlds: They're functional and pretty to look at. Today's airplanes can, and should, embody a similar postmodern spirit. For what it's worth, early renderings of a proposed double-decked Airbus, known at the time as the A2000, show a more handsome plane, without the abruptly pitched forehead.

Compare the A380's resultant profile with that of its chief rival, the Boeing 747. The 747 is often derided as "bubble-topped" or "humpbacked." In truth, the upper-deck annex, fronted by the flight deck, provides the plane with its most recognizable feature and is smoothly integral to the fuselage, tapering forward -- the pilots' windscreens anthropomorphizing as eyebrows -- to a stately and confident prow. Front to back, the 747 looks less like an airliner than it does an ocean liner. (For the record, the tail is pretty sexy too -- svelte like the foresail of a schooner.) The airplane is giant, but it doesn't necessarily seem that way. There's an organic flow to its silhouette. For all its square footage and power, it maintains a graceful, understated elegance.

There is nothing stylish, subtle or elegant about the A380. It is big for big's sake.

Oversized and overhyped, the A380 isn't quite the revolutionary milestone Airbus would have you believe, in spite of the plane's immense bulk. Tipping the scales at 1.3 million pounds, a fully loaded A380 is about a third heavier than a 747. Admittedly that's impressive, but you have to remember that when the 747 debuted in 1970, it had more than double the capacity of the next largest competitor. The jet age itself was barely 20 years old, and along came a design whose off-the-chart economies of scale would change flying forever. The biggest and most beloved passenger plane in the world for close to four decades, it remains in production today. An advanced variant, the 747-8, is poised to give Airbus a run for its money, and is even better looking than the original.

Then we have the media's oft-repeated claim that the A380 is "too big" for most runways. In fact, with a high-tech wing and enormously powerful engines, it requires roughly the same distance as other wide-body transports -- in some cases less. Getting off the ground is a function of lift, thrust and acceleration, not weight per se.

The constraints that do have operators concerned pertain mostly to taxiways and parking areas, where wingspan is a factor. Servicing, too, will be a challenge. The A380 carries more fuel, food, cargo and passengers than any other plane. The airport in Melbourne, Australia, has constructed dual jet bridges (jetways) specifically for the A380, to allow boarding and deplaning through multiple doors simultaneously. There's also a pavement support issue. At some airports, surfaces will buckle if asked to support much beyond the gross weight of a 747, and need to be reinforced.

To date, 14 companies have placed 173 orders for A380s, led by Emirates, Singapore, Lufthansa and Qantas. (There are no Americans in the mix, and it's doubtful there will be any, save for a few freighters.) From the manufacturer's perspective, having invested billions while suffering through a series of pre-delivery setbacks, that's a disappointing number. But it's early, and the jury is out on whether the project will be profitable. Before jumping to conclusions, keep in mind that the 747 had its own early crisis or two. It nearly bankrupted Boeing, Pan Am and engine-maker Pratt and Whitney in the process, before going on to become Boeing's No. 2 aircraft in sales, second only to the ubiquitous 737.

But now that the A380 is hauling paying passengers, much of the attention has turned away from the bullet-point specs of its height, length and tonnage, to the luxuriousness of its interior. Many of you, I'm sure, have seen the pictures of Singapore's new "A Class Beyond First" private suites, with their fully enclosed double beds. If not, take a look. I don't know if the rose petals are standard, and something about that décor is a touch too yachtlike for my tastes, but how better to endure a 14-hour nonstop -- provided you can afford it. (If there's anything truly negative about such quarters, maybe it's a sense of disconnect. Notice the lack of windows. There you are, thousands of feet over the Pacific, traveling hundreds of miles per hour, with virtually no awareness of the fact.)

Cynical fliers will look at these photos and scoff. It's just a matter of time, is it not, before these novelties go the way of those 747 piano bars of the early '70s, swept aside and replaced by ever more rows of seats? Probably not. A380s will not be flying between New York and Fort Lauderdale, Fla., or Dallas and Chicago. For the most part, they will be deployed in the type of long-haul intercontinental markets in which high-end service has come to be expected. Yields are high from these seats, while economy is break-even filler, and airlines have spent the past several years outdoing one another with premium-class innovations. The first class of 25 years ago is decidedly quaint compared with what's featured in the forward rows of today's leading airlines: enclosed sleepers; 23-inch video screens; your own private minifridge (that's right, minifridge).

Most A380s will not be outfitted for anywhere near their maximum capacity. Singapore's will have 471 seats. On Qantas, it'll be 450. That's fewer seats than are found on many 747s. One exception will be Emirates, soon to add over 50 A380s to its already impressive fleet of Boeings and Airbuses. On the Dubai-London route, the carrier will use a reasonable, three-class, 514-seat configuration. For high-density routes to India, however, it'll be a record-breaking 644 seats.

We hear a lot about the ever-widening gap between the rich and poor. Maybe I'm reaching too far, but airplanes have a dramatic, sometimes vulgar way of showcasing this gap. In fewer places are the demarcations of class, in a very literal sense, more plainly in view. It's difficult to say at which point comfort becomes excessive and wasteful, but there are those who'd prefer a more egalitarian layout, with improved room and service for everybody. Although an aircraft like the A380 is remarkably efficient on the whole, those 6-foot beds and private cabins are hardly an ideal use of space or an expression of the common good. Then again, those out back should be happy there are passengers paying $9,000 for some decadence up front, subsidizing that $179 supersaver to London.