Is it still Bush vs. Gore?

The White House insists the president was "very much looking forward" to seeing his old nemesis. 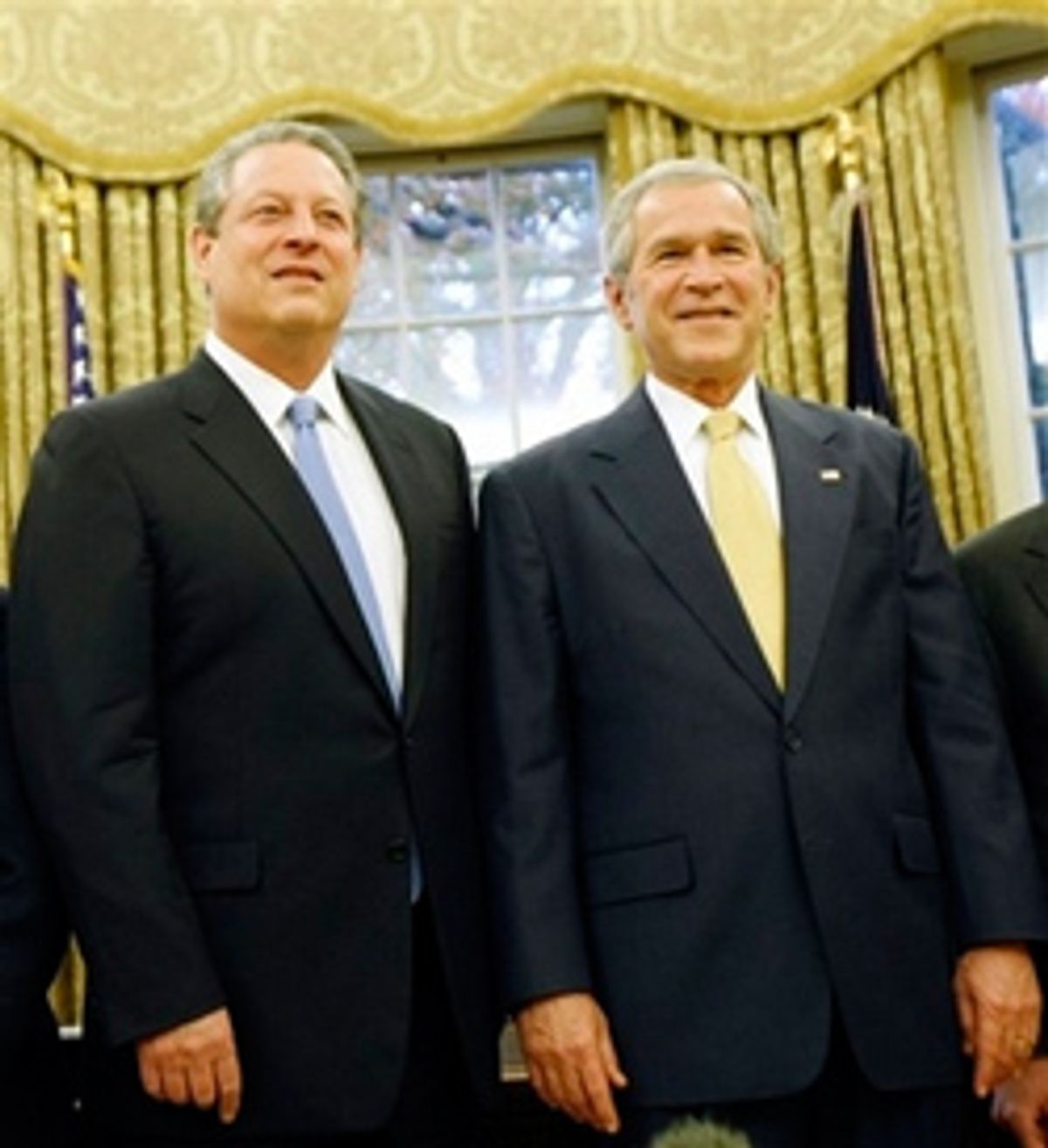 Al Gore finally made it back to the White House this time, but only to accept the congratulations George W. Bush doles out each year to Americans who have won the Nobel Prize. Here's White House press secretary Dana Perino, trying her best this afternoon to spin the event as one where a good time would be had by all:

A reporter interrupted Perino's ramble to note that Gore has been "deeply critical of this president's conduct in several areas" and to ask whether there's "bad blood" between the two men.

Perino's response: "I don't believe so. I know that this president does not harbor any resentments, never has. He's -- he was the one who picked up the phone to call Vice President Gore, to make sure that he could make it to the event. He invited him to come and have a meeting with him prior to the Nobel Prize event. And I think he was very much looking forward to having the meeting. It's remarkable that, in our system of government, we have this tradition, where political rivals can put that behind them and get together and have a good conversation, and all for the good of -- in this case, Al Gore is focusing on climate change. The president has had a full seven years, with one more year to go. And I think that they'll probably have a good meeting."

Perino said it was "presidential" and "gentlemanly" for Bush to invite Gore. Leaving the closed-door session, Gore told reporters that his meeting with the president had been "cordial" and "substantive," but he declined to say much else.