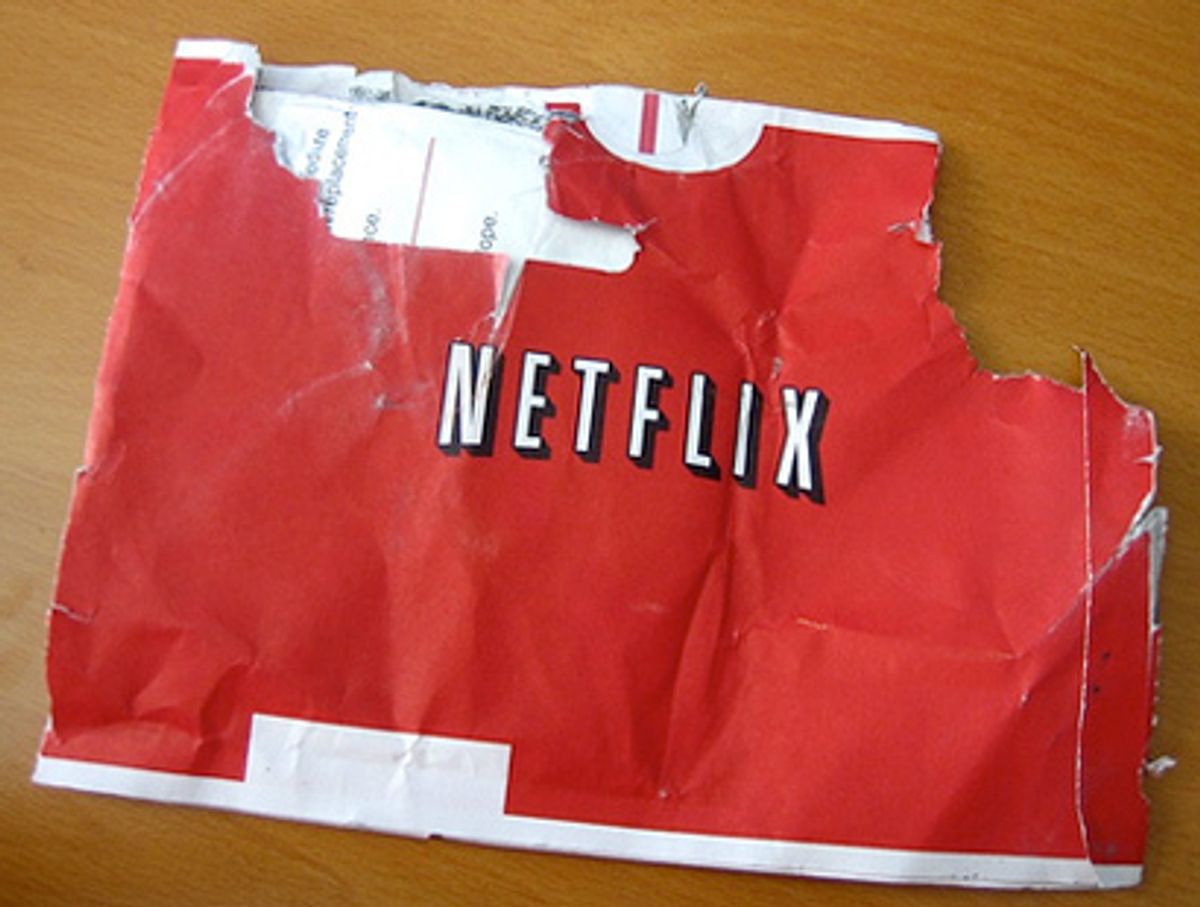 An audit by the U.S. Postal Service's Inspector General claims that Netflix has cost the Post Office $42 million during the past couple years because its DVD mailers can't be automatically processed by sorting machines.

The postal service manually sorts about 70 percent of Netflix's mailers, the report says, and thus runs up significant labor costs. Over the next two years, Netflix will cost the system $61.5 million, the audit claims.

The audit recommends that the Post Office force Netflix to redesign its mailers or be assessed a 17-cent per DVD surcharge. That possibility raised eyebrows on Wall Street, with two Citibank stock analysts using the news to reissue a Sell rating on Netflix and a Buy rating on rival Blockbuster, whose DVD mailers are friendlier to Post Office machines.

It is true that Netflix's mailers jam up Post Office machines. The trouble occurs when a mailer is en route from your house to DVD's distribution centers. At this time, the DVD sits near the back of the mailer -- relative to its face -- creating what the Post Office calls a "floppy leading edge," which don't slide well through the machines. Consequently, employees often search the mails for Netflix's recognizable mailers and run them through the system manually.

But Steve Swasey, a Netflix spokesman, points out that the report does not mention a key fact about Netflix's deal with the Post Office: Rather than waiting for a postal carrier to drop off and pick up mailers at Netflix's distribution centers, the company itself transports the mailers to regional postal centers.

Because Netflix pays for full First Class mail service, which includes picking up and dropping off, Netflix is paying for a service that it is not using -- which Swasey claims amounts to an extra $100 million per year for the Post Office.

Moreover, the report suggests that the Post Office itself bears some of the responsibility for Netflix's mailers.

In 2002, the Postal Service's engineering department determined that the mailers weren't compatible with automated systems. But the Post office's marketing department gave Netflix the go-ahead to use its mailers, and assured the company that it would "not be subject to the nonmachanible surcharge" for "mailpieces that must be handled manually."

Whoever's at fault, Netflix will not have to pay the fee because in the unlikely event that the Post Office does decide to impose a surcharge on Netflix, Swasey says the company can easily redesign its mailers.

Read a PDF of the audit here.