Maybe his speech reassured evangelical Christians, but it scared the hell out of me. 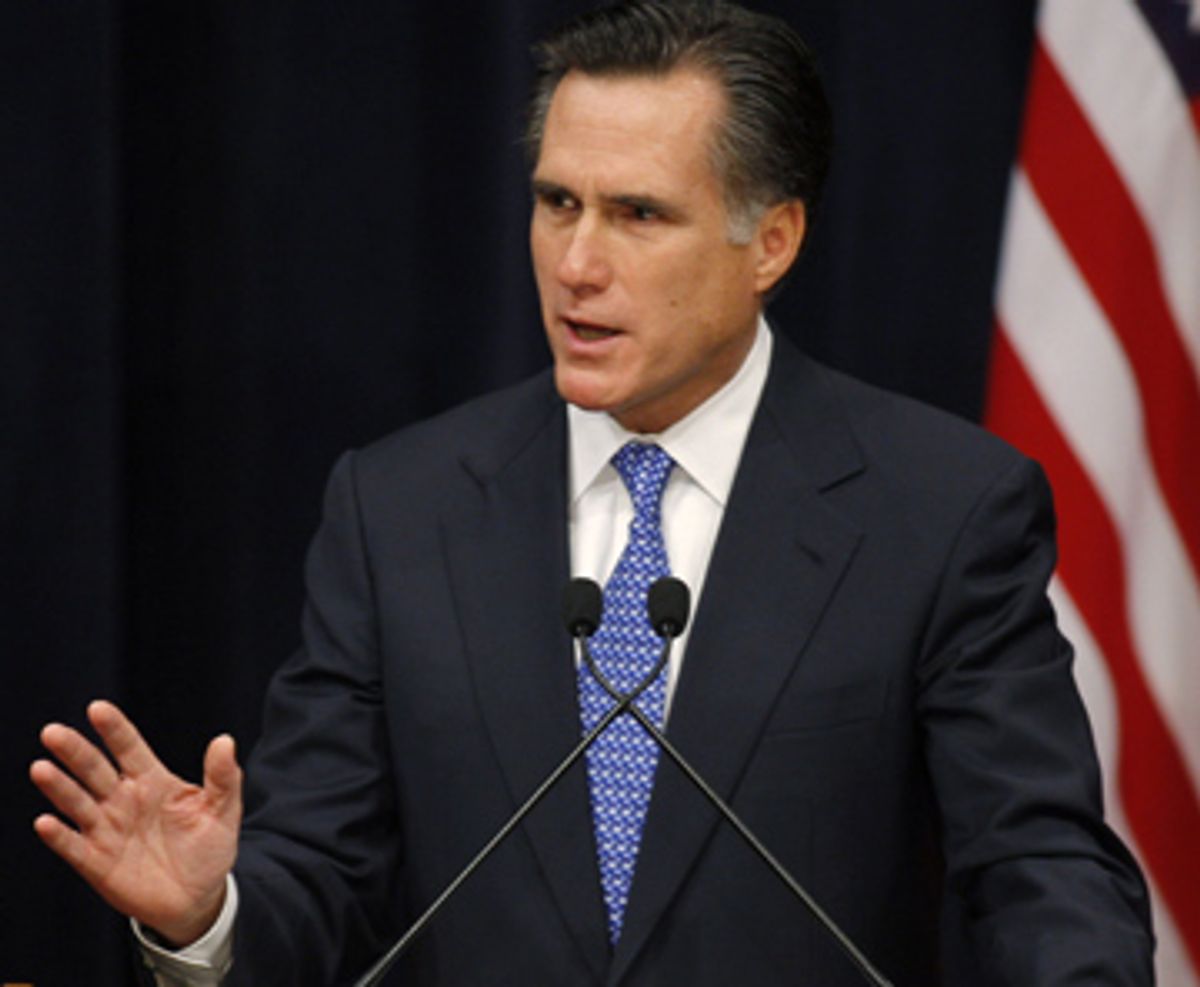 I'm with Walter Shapiro on this one: The big headline on Mitt Romney's momentous speech Thursday morning has to be "Freedom requires religion, just as religion requires freedom ... Freedom and religion endure together, or perish alone." I happen to be a believer, and I found those words appalling.

Everyone knew Romney couldn't give a "John F. Kennedy speech" because Kennedy made a passionate, historic argument that the separation of church and state should be "absolute." No one quite knew that Romney's speech would represent an "obliteration of the separation of church and state," in the words of the Washington Post's Sally Quinn on MSNBC afterward (a remarkably critical statement from Quinn, given that she's a driving force behind the paper's "On Faith" project). As she noted, Romney's speech laid out a vision of America with no place for atheists, doubters or nonbelievers, and it chilled me.

No one knows yet whether the real targets of Romney's speech -- the Republican Party's conservative, evangelical Christian base -- will be mollified by his remarks, or whether rival Mike Huckabee will stop abetting those who insist Mormonism is a cult and not part of Christianity by firmly refusing to dispel such charges or say he doesn't believe them. I'm sure Romney impressed many viewers with his fond walk through most of the great religions, admiring the "ceremony" of Catholicism, the "ancient traditions" of Judaism and the frequent prayer of Muslims. But Romney made sure to nod often to the Christian right by linking the antiabortion movement to abolition and the civil rights movement as social justice endeavors that grew out of religious beliefs. It was a nice touch to have his wife, Ann, four of his five sons and his grandchildren there. (I found myself imagining Rudy Giuliani at the Bush Memorial Library, flanked only by Judi Giuliani and her Louis Vuitton purse.) Those who see him as robotic -- he still reminds me of Will Ferrell's Ron Burgundy -- may have been reassured by his seeming to get emotional at the end, as he recounted the story of the Founding Fathers praying together at the Continental Congress in Philadelphia.

But I wasn't reassured, I was alarmed. Romney blasted "the new religion of secularism," referring to those who continue to argue for strict separation of church and state, which apparently, like certain of the Geneva Conventions under the Bush administration, is becoming "quaint." I sometimes find the anti-God stridency of Richard Dawkins and Christopher Hitchens grating. Listening to Romney's speech I realized what a necessary corrective it is to corrosive political pandering. Calling secularism "religion" is a cheap shot worthy of Bill O'Reilly, not a major presidential candidate. I can't help hoping Romney's speech fails to soothe religious conservatives, because the sooner the Republican Party faces up to the destructive cost of its electoral dependence on religious extremists, the better off our country will be.