The Bush crew is a total drag on the climate conference in Indonesia. But on our shores, a political wave of resistance to global warming is rising. 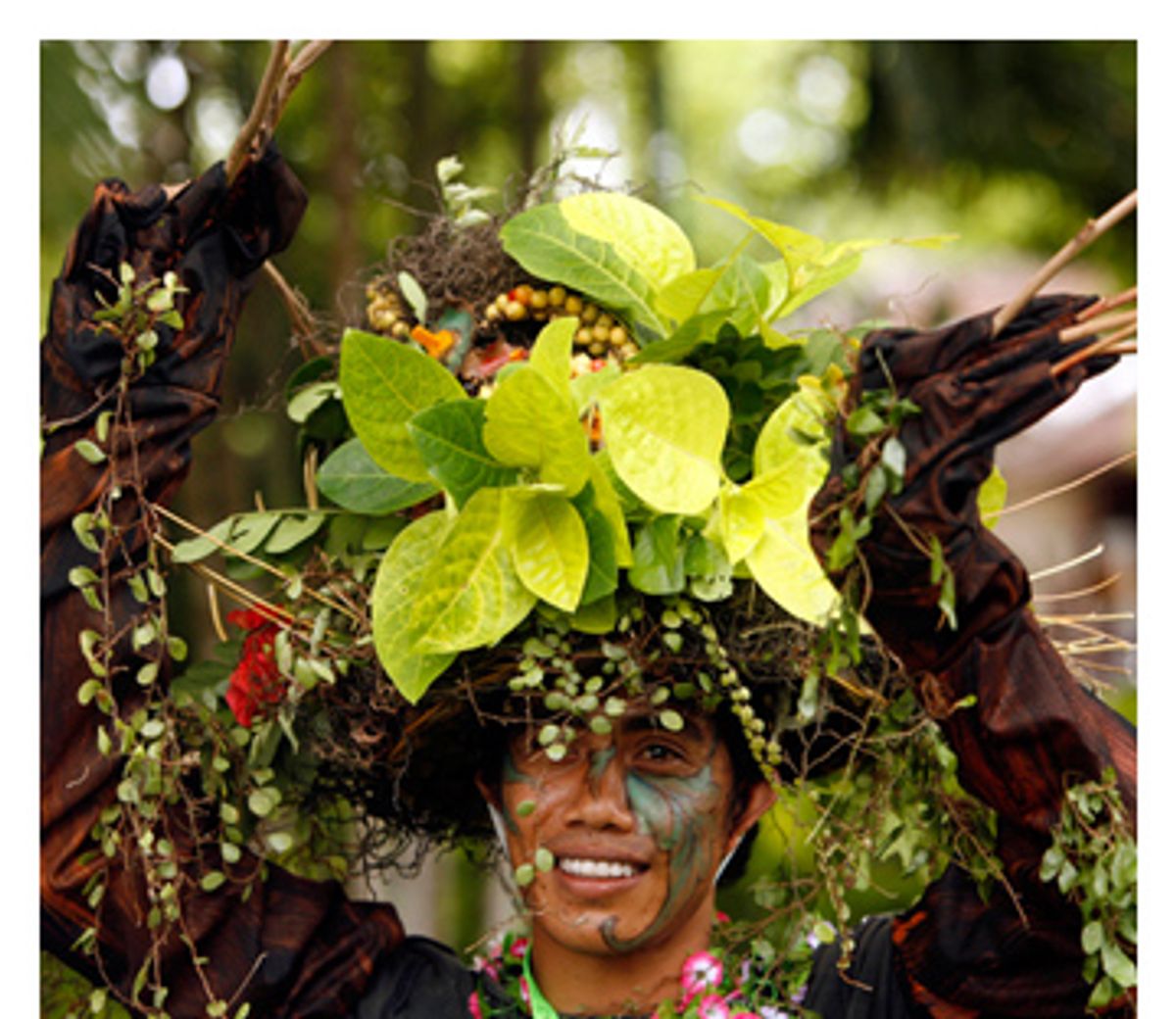 On the first day of the United Nations climate change conference in Bali, which continues through Dec. 14, the United States had already garnered a dubious achievement award. In a crowded exhibition hall, the green coalition group Climate Action Network staged a mock ceremony and named the United States "fossil of the day." The award, greeted with laughter and loud booing, was designed to shame the White House delegation for undermining the goals of the climate talks.

The conference in Bali will set the stage for a new international treaty to follow the Kyoto Protocol, when that global warming accord expires in 2012. But before coming to Bali, the delegation from the Bush administration had made it clear that the United States will not support mandatory limits on greenhouse gas emissions, and it has stuck to that stance. That position has isolated the U.S., given that Australia, the other major industrialized nation that had refused to sign the Kyoto agreement, has now decided to ratify it. "The U.S. has really been the central focus here because everybody knows the reason there hasn't been more global progress is because the U.S. hasn't acted," said Peter Goldmark, director of the climate and air program for Environmental Defense, via telephone from Bali.

At the conference, the U.S. delegation has claimed to favor something it vaguely calls a "road map" to climate protection; for the new treaty, it has reportedly been trying to create an alliance behind the scenes with China and India to subvert binding limits on greenhouse gas emissions. "The United States is now literally 100 percent alone in not signing among industrialized countries," explains Eben Burnham-Snyder, communications director for the U.S. House Select Committee on Energy Independence and Global Warming. "The U.S. is hiding behind India and China in not doing anything. Then, India and China are able to hide behind the U.S."

Yet, increasingly, there are signs that the White House's intractable position doesn't represent the American people's. The Bush-Cheney oilmen may be as committed as Saudi Arabia to milking fossil fuels for as long as possible, but delegates are aware that when the new climate treaties get hammered out in Copenhagen, Denmark, in 2009, a new team will be running the White House. The rest of the world is getting the message that change is on the horizon.

"Officially, I don't see much chance of a change in position, but I think that many in Bali have clearly understood that there is a different mood in the country," says Eileen Clausen, president of the Pew Center on Global Climate Change. In Bali, Goldmark agrees. "It's as if you had a huge ice jam in a river that's been there forever," he says. "Picture the hoary frost-bearded obstructionist Bush administration officials trying to hold that back, and now that's beginning to crack, and that's enormously exciting to all the other countries."

Eleven members of the U.S. House of Representatives are hoping to get that message to the rest of the world. Led by Rep. Edward Markey, chair of the House Select Committee on Energy Independence and Global Warming, they sent a letter to the United Nations Climate Change minister to stress that the coming change in the White House "is quite likely to lead to a change in the position of the United States." They cited efforts by the Congress, mayors, states and businesses in the United States to cut greenhouse gas emissions, even as the White House dallies. Among their evidence is the energy bill, passed by the House on Thursday, which would mandate an increase in auto fuel economy from an average of about 25 miles per gallon to 35, as well as agreements, signed by 24 states and representing 55 percent of the U.S. population, to limit greenhouse gas emissions.

Polling suggests that these shifts in policy increasingly represent the American people's view that the country needs to take a more aggressive approach to curbing climate change. A Harris poll taken in October 2007 in the U.S. found that 81 percent of respondents believed that "the United States needs to set the lead when it comes to controlling greenhouse gases and pollution." A Yale University-Gallup Poll, taken in September 2007, found that 68 percent of Americans now think the U.S. should sign an international treaty that goes beyond Kyoto.

But the strongest indication that the White House no longer represents the climate views of the country came on Wednesday, when a U.S. Senate committee approved the Lieberman-Warner bill, which would cut global warming emissions by 70 percent below 2005 levels by 2050. "This is a historic moment for this committee and for this country," said Sen. Barbara Boxer, D-Calif., chair of the Senate Environment and Public Works Committee, which hammered out the bill after nearly 10 hours of hearings on Wednesday. "What happened here today will not go unnoticed. The whole world is watching." Boxer says the bill is the most important accomplishment of her 30-year political career.

The bill, opposed by oil, utilities and manufacturers, faces an uphill battle in the Senate, but it represents the first time the Senate will vote on serious greenhouse-gas limits, a sign to the rest of the world that the United States is not as immovable as Bush appears to be. Clausen believes that while this bill may not be passed, similar climate legislation will be enacted in the near future. "I think it is possible that we will get climate legislation in 2008, but inevitable that we will get it in either 2009 or 2010, and whoever is president will sign it," she says.