For the CIA's eyes only

Was the agency's destruction of two video recordings of harsh interrogations by the CIA a coverup? 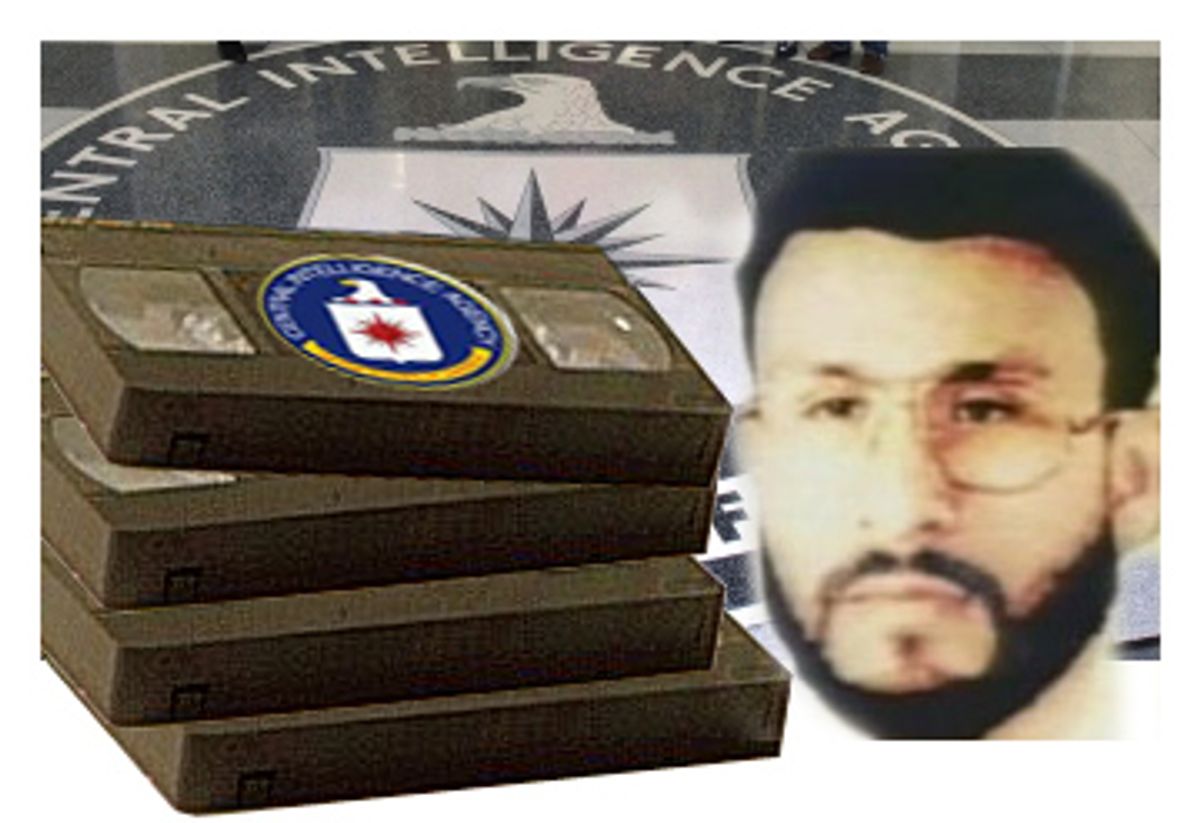 CIA director Michael Hayden said in a statement to employees on Thursday that the agency was seeking to protect its own by destroying at least two videotapes depicting the brutal interrogations of suspected terrorists. If the tapes became public, Hayden warned, it could expose the identities of interrogators employed by the agency. The tapes were recorded in 2002, but Hayden said the agency decided to destroy them in 2005 because the footage could expose the interrogators and their families to "retaliation from al-Qaida and its sympathizers."

By 2005, the Abu Ghraib scandal in Iraq the previous year had brought intense scrutiny to interrogation practices under the Bush administration. Indeed, says Duke law professor Scott Silliman, another explanation for the destruction of the 2002 interrogation tapes, three years after they were made, is that the videos depicted illegal interrogations and the CIA was trying to bury the shocking evidence. "Was this an attempt to cover up actions which at the time CIA interrogators believed they could not do?" asked Silliman, who specializes in national security issues. Silliman said the tapes may have shown agency operatives "pushing the envelope," though what was on the tapes remains unknown.

When the tapes were destroyed in 2005, Congress had not yet addressed the legal loopholes used by the Bush administration to get around the torture prohibitions of the Geneva Conventions. "The legal environment then was no protection," Silliman explained. That's because Congress had not yet passed the 2006 Military Commissions Act, which narrows the definition of a violation of the Geneva Conventions, but also provides some legal indemnity for activities prior to the legislation's becoming law.

The agency might have had reason for concern. The destroyed tapes included a recording of the early 2002 interrogation of Abu Zubaydah, the first detainee known to have been held by the CIA in the war on terror. Zubaydah was the unfortunate guinea pig when the CIA jump-started its brutal interrogation program soon after 9/11. The video of Zubaydah's interrogation might have shed further light on whether the United States has violated the Geneva Conventions with its treatment of prisoners. The identity of the other suspected terrorist whose interrogation was captured in a 2002 video, also destroyed in 2005, remains unclear.

According to Rand Beers, the destruction of the interrogation tapes was an aggressive effort by the CIA to eliminate information "prejudicial to those in the video or those who authorized the actions in the video." Beers, who was the senior director for counterterrorism at the National Security Council until 2003, said the agency might have been thinking ahead to the days when George W. Bush was no longer in the White House. "While I think they thought the administration provided adequate cover, there is always the possibility of the next administration coming to a different conclusion and taking action," he said.

Beers added that he was surprised that the agency had made videotapes of those early interrogations, since transcripts and audiotapes would suffice for most purposes. "Was it a training vehicle?" Beers wondered about the videos.

When the CIA set up the interrogation program in early 2002 it turned to two psychologists linked to the military's secretive Survival, Evasion, Resistance and Escape program. Last June, Salon reported that two CIA-employed psychologists, James Mitchell and Bruce Jessen, were central to the genesis of that program, which likely violated the Geneva Conventions on the treatment of prisoners.

Attorneys familiar with the interrogation issue told Salon that in recent months the CIA has moved to hire expensive private counsel to deal with mounting legal concerns over interrogations. The CIA would not confirm to Salon whether the agency would pay for private attorneys to represent the two psychologists, Mitchell and Jessen, who were employed as contractors by the agency. But CIA spokesman George Little said, "Quite apart from any specific instance, it should not surprise anyone that the CIA would, in appropriate cases, assist with the legal fees of those who have worked with the agency."

The brutalizing of detainees in U.S. custody has been incredibly frustrating to experienced interrogators from outside the agency, who say decades of experience show that rapport-building leads to the best intelligence. "It is out of ignorance if you ask me," Steve Kleinman, a former Air Force interrogator, told Salon recently about the CIA program. "They seem to have bought into this erroneous presupposition that it works and that [physical] coercion really is an effective way of getting information."

Hayden told CIA employees in his letter this week that congressional oversight committees had been briefed about the interrogation tapes. But the top leaders on the House Intelligence Committee in 2005, Republican Rep. Peter Hoekstra and Democrat Rep. Jane Harman, have flatly denied that.

It is unclear if the destruction of the tapes will now prompt a serious investigation from Congress, whose interest in digging into the administration's post-9/11 interrogation activities has been tepid. Still, congressional Democrats expressed outrage on Friday. "What would cause the CIA to take this action?" Ted Kennedy asked on the Senate floor. "The answer is obvious -- coverup."