Fed up with politicians and the media, scientists are pleading to the world to wake up to the imminent threats of global warming. 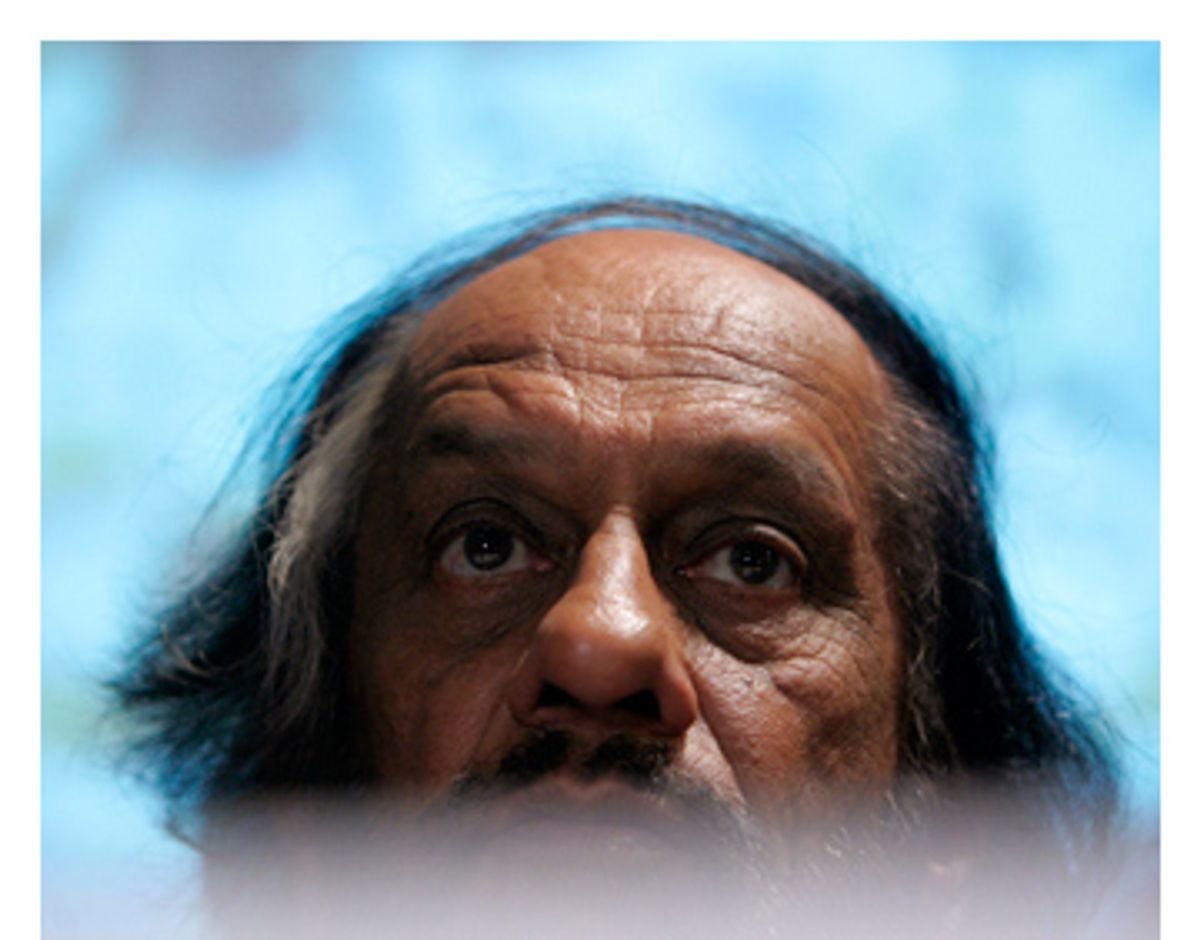 How dire is the climate situation? Consider what Rajendra Pachauri, the head of the United Nations' prestigious Intergovernmental Panel on Climate Change (IPCC), said last month: "If there's no action before 2012, that's too late. What we do in the next two to three years will determine our future. This is the defining moment." Pachauri has the distinction, or misfortune, of being both an engineer and an economist, two professions not known for overheated rhetoric.

In fact, far from being an alarmist, Pachauri was specifically chosen as IPCC chair in 2002 after the Bush administration waged a successful campaign to have him replace the outspoken Dr. Robert Watson, who was opposed by fossil fuel companies like ExxonMobil. So why is a normally low-key scientist getting more desperate in his efforts to spur the planet to action?

Part of the answer is the most recent IPCC assessment report. For the first time in six years, more than 2,000 of the world's top scientists reviewed and synthesized all of the scientific knowledge about global warming. The Fourth Assessment Report makes clear that the accelerating emissions of human-generated heat-trapping gases has brought the planet close to crossing a threshold that will lead to irreversible catastrophe. Yet like Cassandra's warning about the Trojan horse, the IPCC report has fallen on deaf ears, especially those of conservative politicians, even as its findings are the most grave to date.

Part of this is due to the IPCC's own media naiveté. It doesn't put a lot of thought into publicizing its reports; heck, it released this final synthesis on Nov. 17 -- a Saturday! -- in Valencia, Spain. Not exactly the best way to get attention from the most intransigent and important audience: Americans. How little attention? According to Technorati.com, as of Dec. 11, the synthesis report had some 265 blog reactions, where the Aug. 24 YouTube video of Miss Teen South Carolina struggling to explain why a fifth of Americans can't locate the U.S. on a world map had more than 5,300 blog reactions. Hmmm. Perhaps these two things are related. But I digress.

With such poor notice for a seminal document, more than 200 scientists last week took the remarkable step of issuing a plea at the United Nations climate change conference in Bali. Global greenhouse gas emissions, they declared, "must peak and decline in the next 10 to 15 years, so there is no time to lose." The Associated Press headline on the statement was "Scientists Beg for Climate Action." What will we drive climate scientists to next? A hunger strike?

Since many if not most people mistakenly think that other countries are going to suffer much worse than ours, let me focus on the three impacts that most directly threaten this country. The first is sea level rise. The IPCC consensus synthesis report from last month warned:


"Anthropogenic warming could lead to some impacts that are abrupt or irreversible, depending upon the rate and magnitude of the climate change. Partial loss of ice sheets on polar land could imply [tens of feet] of sea level rise, major changes in coastlines and inundation of low-lying areas, with greatest effects in river deltas and low-lying islands. Such changes are projected to occur over millennial time scales, but more rapid sea level rise on century time scales cannot be excluded."

The oceans may take centuries to rise 40 to 80 feet, but that rise may be irreversible as early as the second half of this century. Also, many people seem to think scientists are warning about a one-time sea level rise, say a few feet, which would be painful, but still fairly straightforward to adapt to. In fact, we are potentially talking about sea level rise of 6 to 12 inches a decade by century's end, with that rate continuing for centuries. It's not at all clear how future generations would adapt to such an ongoing catastrophe.

The likely rate of future sea level is not known precisely because we have no good models for the kind of abrupt ice loss we are seeing now, especially in Greenland and West Antarctica. The next IPCC assessment will probably have projections from a number of such models. For a nation with so much wealth and population on the coasts, waiting for more precision on the pace and scale of sea level rise would be suicidal.

The second big direct threat to this country is drought. The IPCC report concludes there is a better than two-thirds chance the planet has already seen an increase in drought-stricken areas since the 1970s. And there's a better than 80 percent chance that many semi-arid areas, including the Western United States, southern Africa and northeast Brazil, will suffer a decrease in water resources due to climate change. Australia recently abandoned its anti-Kyoto political leadership in large part because of a brutal once-in-a-thousand-years drought affecting most of the country, which Australian scientists link to climate change.

The United States has recently been experiencing some of its worst droughts in history, including in the Southeast and Southern California, which has helped drive record wildfires in this country. Regional climate modeling remains a difficult art. Yet the Bush administration has for seven years worked hard to conceal from the public all research on an assessment of U.S. climate impacts. First, it undercut all efforts to publicize the first national assessment finished in 2000, and then, as science writer Chris Mooney put it, replaced "a required follow-up assessment with what amounted to a scientific sham."

A study in the April issue of Science, too recent to be part of the recent IPCC review, "predicted a permanent drought by 2050 throughout the Southwest" if we don't reverse emissions trends. We could wait for the next IPCC assessment for more detail, or wait for a new president to launch a multiyear assessment of U.S. impacts. But with the already arid and drought-stricken West experiencing record population growth, further inaction leaves open the possibility that tens of millions of Americans will be living in an enormous Dust Bowl.

The third big direct threat to this country is catastrophic destruction of the ecosystem. The IPCC warns: "As global average temperature increase exceeds about 3.5 degrees C, model projections suggest significant extinctions (40-70 percent of species assessed) around the globe." We could destroy more than two-thirds of the species on this planet! And not just on land. The huge amount of carbon dioxide we are emitting is acidifying the ocean at an alarming pace. At the rate we're going, much of the ocean will be inhospitable to much of marine life by 2100 -- a condition that could last for millennia.

To avoid devastating sea level rise, drought and species loss, the world must, as the more than 200 scientists said in their Bali statement, "limit global warming to no more than 2°C above the pre-industrial temperature," which means "greenhouse gas concentrations need to be stabilized at a level well below 450 parts per million." Yet we are at 381 ppm and rising 2 ppm a year. Indeed, we have already warmed 1°C and another 0.6°C warming is probably unavoidable even if we stop emitting tomorrow.

No wonder scientists are getting desperate for action.

And one more thing: Because the political leadership of every single member country -- including Saudi Arabia, China and the United States -- must agree to every word, the language in IPCC summaries tends to get watered down. Thus the IPCC reports are almost certainly understating both the pace and scale of climate change. In fact, the direct observational evidence makes clear that key climate change impacts -- sea ice loss, ice sheet melting, sea level rise, temperature, and expansion of the tropics (a prelude to desertification) -- all are either near the top or actually in excess of their values as predicted by the IPCC's climate models. The models are missing key amplifying feedbacks that have already begun to accelerate the rate of climate change.

What kind of feedbacks? Well, the oceans have historically absorbed a large fraction of fossil fuel carbon emissions. Many have feared that the ocean carbon "sink" would saturate sometime this century and start taking up a lower fraction of emissions. Two recent studies conclude that this saturation has already begun. Similarly, the Arctic permafrost is a freezer full of vegetation that contains as much carbon as the atmosphere, much of it in the form of methane (a far more potent greenhouse gas than carbon dioxide). Just as global warming is melting the Arctic sea ice, it is defrosting the top layer of Arctic tundra, creating the possibility of large releases of heat-trapping methane and carbon dioxide -- a potentially devastating vicious cycle.

Buried in one of the IPCC's summary reports from earlier this year is a stunning calculation, which shows growing concern that these climate carbon cycle feedbacks could severely limit tolerable emissions. If the world wants to stabilize at 450 ppm, IPCC models suggest that these feedbacks reduce the total acceptable emissions over this century from about 670 billion tons of carbon to only about 490 billion tons.

Yet even after the release of this broad scientific and political consensus that we are headed over a cliff, President Bush still opposes mandatory action to reduce greenhouse gas emissions; Senate conservatives say they will filibuster the bipartisan Lieberman-Warner climate bill just voted out of the Senate Committee on Environment and Public Works. National media coverage of the IPCC and Bali is modest at best, and global warming deniers, like the National Review online and the American Enterprise Institute, keep recycling and repackaging their long-ago-disproved critiques of the IPCC.

Because of Bush's refusal to act seriously on greenhouse gas emissions, coupled with the accelerating reality of global warming, the future is fairly easy to predict. Either the next president makes enacting a national emissions reduction plan his or her top domestic priority -- and then makes an international agreement that includes China our top international priority -- or we will eliminate the possibility of stabilizing at 450 ppm of atmospheric carbon dioxide, and we will risk crossing thresholds that might ultimately take us to double that level.

Then, in 2012 or 2013, the IPCC will issue yet another report, the Fifth Assessment, in which the world's scientists will tell us, "We really meant what we said in all those other reports. Plus, it's even worse now because emissions are higher, so reductions would have to be far faster and deeper, and we've modeled the ice sheets better, so we're easily facing 3 feet of sea level rise by 2100, and we've modeled the carbon cycle feedbacks better, so the tolerable level of emissions is even lower than we thought in 2007."

By then, our ability to solve the climate problem the market-friendly way will have all but disappeared, and we will need a World War II-scale effort to avoid the ever-approaching catastrophe. By the end of the next decade, it won't just be climate scientists who are desperate, it will be all of us.

We could use a new definitive analysis by the U.S. National Academy of Sciences on climate science, U.S. impacts, and solutions. That analysis should also do something the IPCC doesn't -- namely, look at plausible worst-case scenarios, given that such scenarios typically form the basis for most of our security and health policies.

It would be harder for Americans to ignore an Academy study than the IPCC reports. An Academy study would also be more likely to get thorough attention from the U.S. media and possibly even from conservatives. Or perhaps we could videotape Miss Teen South Carolina trying to explain why Americans still refuse to take serious national action on climate change. Desperate times call for desperate measures.