This modest, cheerful movie is the sort of holiday heartwarmer we don't see enough of anymore. 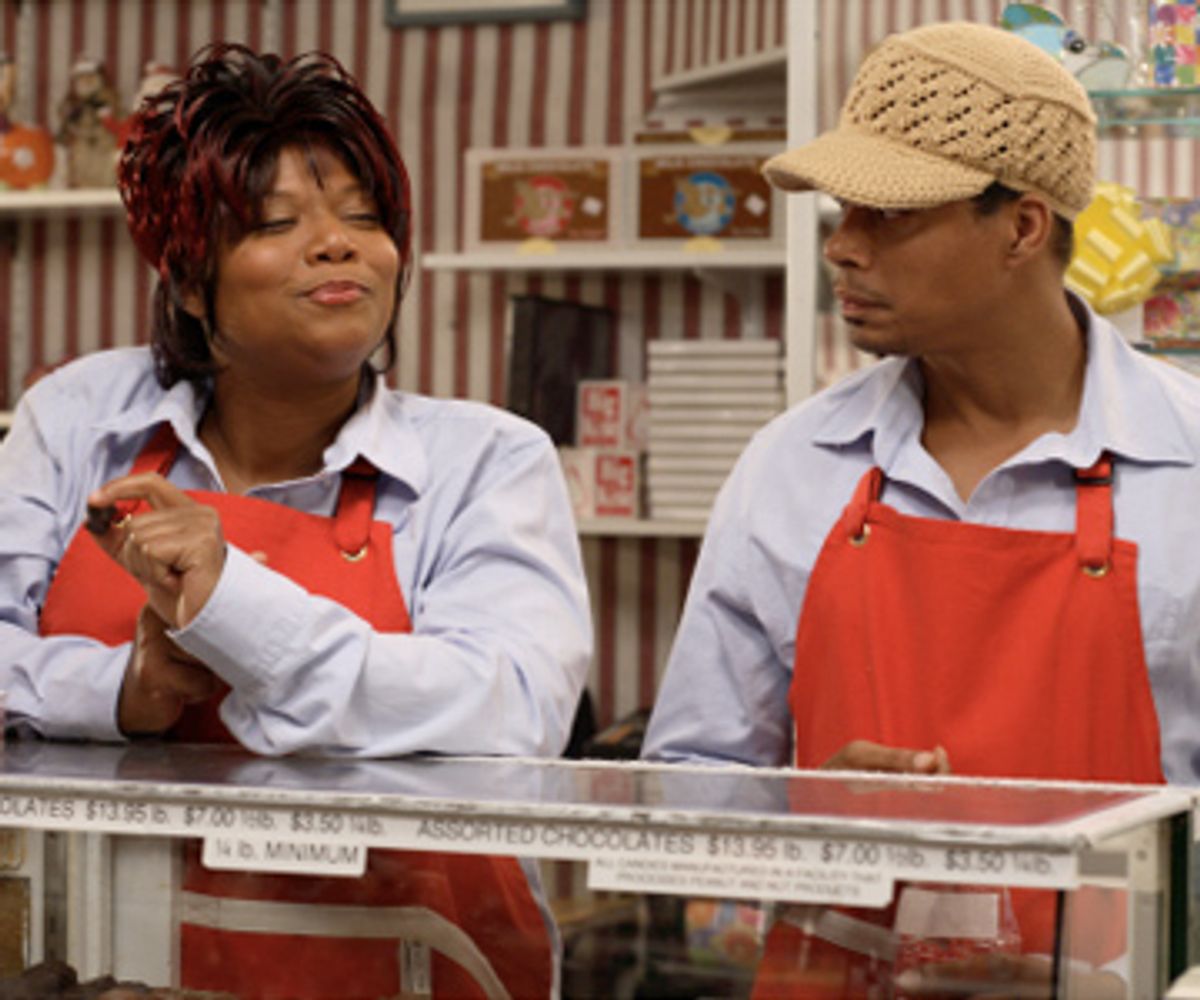 Now that the Christmas movie season has been taken over by big-budget prestige pictures and elephantine dazzlers designed to sweep in massive crowds, there's almost no such thing as an entertaining holiday trifle anymore -- the kind of casual, cheerful little picture that you might see on a whim (admittedly a whim that could cost you as much as $12) and end up enjoying, even beyond the breadth of your modest expectations.

"The Perfect Holiday" is an attempt, at least, to resurrect the idea of the trifle: Gabrielle Union stars as Nancy, a single mom of three whose ex-husband, a rap star with the rambunctiously off-color moniker J. Jizzy (Charles Q. Murphy), cares about the couple's kids only insofar as they might enhance his image. Nancy is a stunner (this is the luminous Gabrielle Union we're talking about), but the stress of dealing with her egomaniacal ex and caring for her family has exhausted her; she doesn't have much energy left to look for love.

So her youngest, the almost painfully cute Emily (played by a winsome little actress named Khail Bryant), plunks herself down on the lap of a department-store Santa to make just one wish: that a nice man would give her mother a compliment. It turns out that the man inside the Santa suit is Benjamin (Morris Chestnut), a struggling songwriter who also happens to be kind, modest and disarmingly hot. He takes one look at Nancy and vows to be the one to give her that compliment. She accepts it, and also summons the courage to ask him out on a date, setting off the usual complicated chain of events.

As in any romantic comedy, what happens is far less important than how it happens. And the appeal of the actors involved may be the biggest X factor of all. Director Lance Rivera (who made the 2004 comedy "The Cookout") doesn't give "The Perfect Holiday" the kind of shaping it needs. The picture is breezy and entertaining for its first two-thirds; it's the windup that wobbles out of control. And Rivera (who cowrote the script with Marc Calixte) uses a tired and unnecessary framing device, with Queen Latifah, as a Christmas angel of sorts, popping in here and there to spread goodwill, while Terrence Howard (in an even tinier role) shows up now and then to spread bad cheer and crankiness. Latifah gets some syrupy lines about the qualities of a perfect Christmas, and even though they made me groan, I still paid attention: It's Latifah up there, after all, and few performers have her knack for being both commanding and charming at once. Howard's role barely exists, which is frustrating -- the picture needs a little more of his comic negativity -- though he does at least have a few weird, inexplicable moments in a furry elephant costume.

But "The Perfect Holiday" is so modest and good-natured that its flaws are hardly glaring. And during a movie season packed with pictures whose budgets often overshadow the fact that they star real, live human beings, it's refreshing to watch a movie in which appealing, good-looking actors are the main attraction. Chestnut and Union are a fine match here -- their scenes together are unforced and airy -- and they seem to be having fun with the movie's easygoing, often witty gags. (At one point, after Benjamin and Nancy have started dating, Emily returns to see "Santa" with a complaint about the man he's sent to date her mother. Benjamin, looking apprehensive behind his snowy beard, momentarily worries that Nancy might not like him as much as he likes her: "Does she want another color?") The movie also has enough regard for its mellow, congenial second bananas -- Rachel True, Jill Marie Jones and Faizon Love, who plays Benjamin's best friend, as well as Santa's portly helper -- to actually give them something to do, without resorting to the usual throwaway wisecracks.

This is a picture designed to attract an African-American audience, although those distinctions always frustrate me: For all Hollywood's liberalism -- and at least in relative terms, it is pretty liberal -- there's still a degree of insidious segregation in the movies. (Actors like Union and Chestnut can be the stars of a "black" movie, but never of your typical, mainstream romantic comedy.) For that reason alone, I find it refreshing to go to a movie like "The Perfect Holiday" and see token white people for a change -- random white folk milling around in the background, instead of running the show. And I love the way "The Perfect Holiday" doesn't even bat an eyelash in suggesting that a regular old mall department store would hire a black Santa (as well as a black elf helper), and that kids of color and white kids alike would be lined up to see him. As likable as Queen Latifah is, the movie doesn't need her to make speeches about the Christmas spirit. The affable, generous vibe of "The Perfect Holiday" says it all for her.