Francis Ford Coppola's first movie in 10 years makes you wonder if the veteran director has completely lost his marbles. 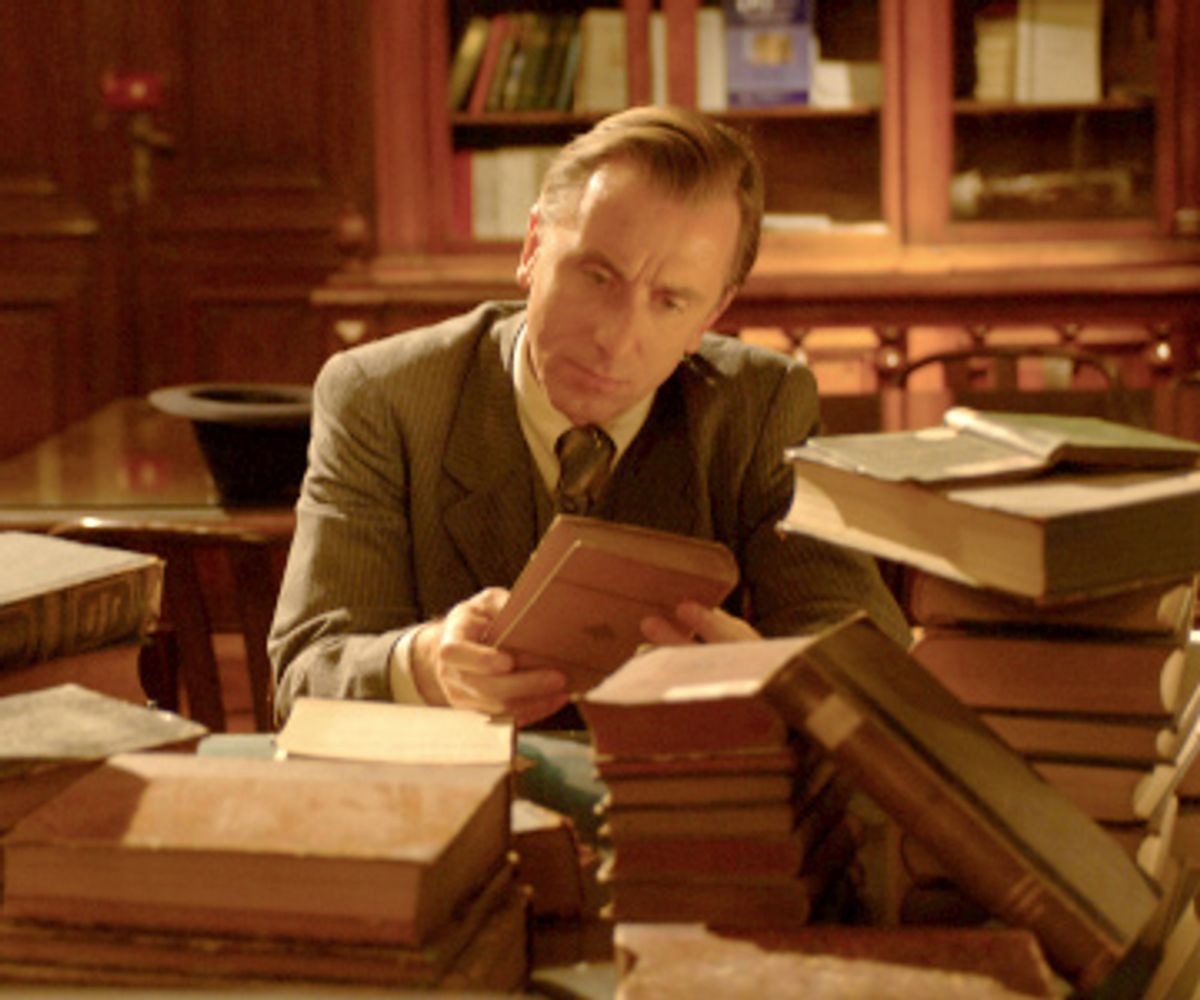 No matter how spotty his track record has been over the past few decades, it's hard not to feel a twinge of anticipation over the prospect of a new Francis Ford Coppola movie. But in the early minutes of "Youth Without Youth," Coppola's first movie in 10 years, I found my innocent hopefulness shrinking from a twinge to a sliver to a micron, before dissolving altogether. The movie, based on a novella by Romanian historian, philosopher and all-around thinking dude Mircea Eliade, opens with those grand, cartoonishly formal '30s-style credits Coppola is so fond of: At that point there was still reason to hope it might turn out to be a lush, nutty romantic melodrama. Instead, it's merely nutty, a picture that appears to have been made by an individual who has fallen off the edge of reason. Watching it was misery.

Tim Roth is Dominic Matei, an aged linguistics professor living in prewar Romania, who fears he has run out of time to finish his lifelong research into the origins of language. What's more, he's still haunted by memories of a lost love, Laura (Alexandra Maria Lara, the young actress who gave a lovely, delicately shaped performance earlier this year in Anton Corbijn's "Control"). When Laura slipped out of Dominic's life, life began slipping away from him as well.

But one day a weird accident restores Dominic's youth: The doctors who treat him at the hospital to which he has been rushed first wonder if he'll even recover; before long, they're marveling at the new teeth that sprout from his gums after the old, yellowy ones have all fallen out. Dominic begins to enjoy his renewed vigor, sexually and otherwise. He manages to elude the evil Nazis who want to perform devilish experiments on his newly young body -- he pops out on the other side of World War II fresh as a daisy. Dominic may even have a chance at reclaiming his lost love. But his hardiness comes with a high price: The accident that restored his youth also left him with an evil twin who appears now and then to blow smoke in his face (quite literally) and whisper naughty things in his ear. (All that's missing is the red satin devil costume.)

"Bad" Dominic (also played by Roth) is not, of course, supposed to be a real person; he's a manifestation of Dominic's dark side. For those of you just joining us after having been born yesterday, the theme here is how good and evil struggle against each other in human nature. To grind the point in further, the movie has been shot in somber color tones by Mihai Malaimare Jr.

This a movie packed with Ideas -- note the capital "I" -- so it's probably not supposed to matter that the thing is incomprehensible. While a movie doesn't have to make literal sense to be good, a filmmaker can't be so lost in his own universe that he forgets his job is to open it out to the rest of us. And that, apparently, is what has happened to Coppola here. His last movie was "The Rainmaker," in 1997, a perfectly respectable entertainment. But in "Youth Without Youth," Coppola certainly doesn't entertain -- the movie drags on for yonks -- and he barely connects. Each scene is more haphazardly staged, and played, than the last. His actors appear to be lost in time and space, and not intentionally so: Roth tries to put some soul into the proceedings, but mostly he looks as if he has no idea what the hell is going on. Lara makes a valiant attempt to play her character in an understated, believable fashion, but by the time Laura, having sunk into a trance, starts babbling in Babylonian, all hope is lost.

What kind of director asks this sort of thing of an actor, particularly a young, fairly inexperienced one? Coppola -- who also wrote the screenplay -- must have thought he was making a timeless romance with intriguing intellectual underpinnings, but instead he has made only a mess. There are things in "Youth Without Youth" that are so absurd you can't help laughing at them (like the way Bruno Ganz, as a helpful doctor, appears to have modeled his shuffling, dotty performance on Tim Conway's "little old man" routine). But in the end, there's not much that's funny about "Youth Without Youth." It's such a bummer that even laughing at it seems like a waste of breath.