Was this review helpful to you?

One dedicated online shopper explains why she's having a hard time making purchases this holiday season. It's not the prices. It's all those pesky customer reviews 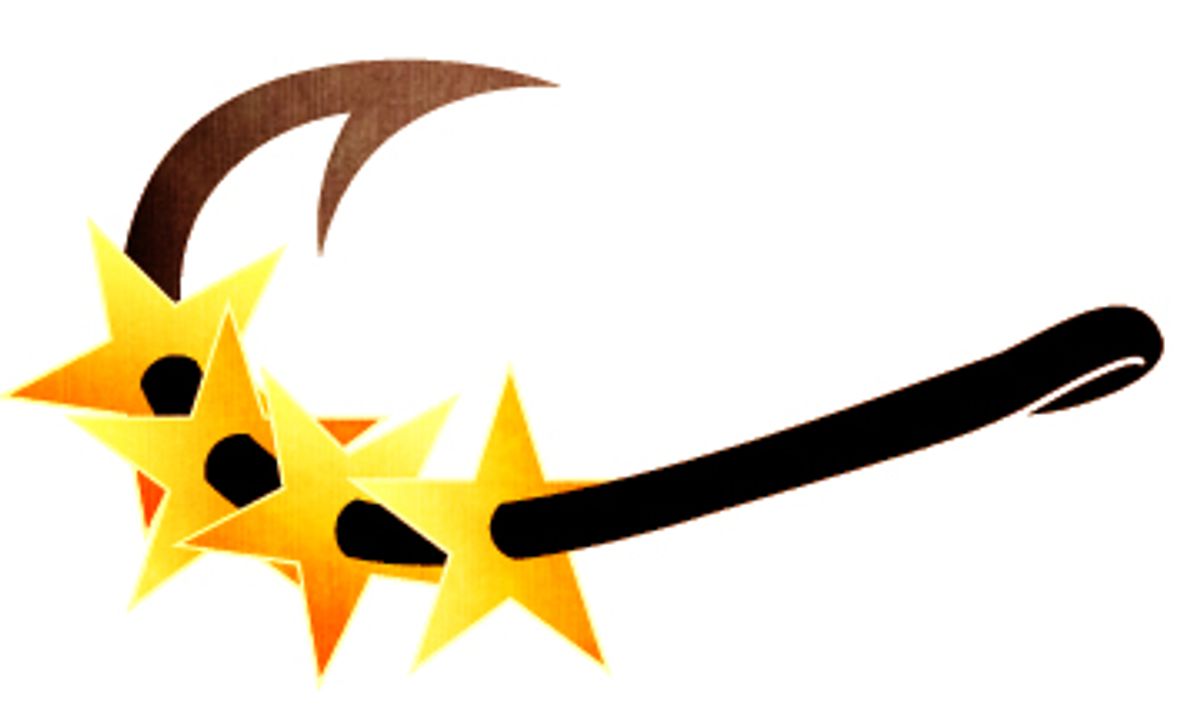 This morning, before the sun was fully up, my radiator let out a few final coughs while I deliberated between Kleenex ColdCare Facial Tissue and Puffs Plus Lotion Facial Tissues, both of which are sold in bulk on Amazon.

It wasn't the price that caused my indecision. At about one cent per tissue (shipping not included), the cost was low enough to avoid buyer's remorse. And I wasn't deterred by the need to find space in my studio apartment for more than 3,000 tissues; where I come from, bargain slays convenience. Rather, my purchase was delayed by a slight discrepancy between the products' customer reviews.

When I say slight, I mean it. The Kleenex had five stars while the Puffs rallied at four and a half. Had this been the only information available, I would already have received a confirmation number in my in box. But in addition to those authoritative yellow stars, there was a lot more data. And drama.

Seven people had written about their experience with the Puffs; 15 people had posted their thoughts on the Kleenex. The sleeve of my bathrobe was already streaked with mucous, and the rising sun spotlit the dust on my computer screen, but before addressing those matters, I had to ask: Which review indicated the superior product? Was having the perfect five-star rating the true measure of customer satisfaction? Or was it more impressive to have a stellar rating that had persevered despite twice as many opportunities for getting bashed?

Mathematically speaking, we could create a function that solved this problem. Forgive me, College Board, but I'm not going to do this. Instead, I scanned for outliers -- scores outside the general distribution -- like all 5s and a 1, anything else oddly scented. I didn't find anything too fishy, but these days, consumer skepticism has become the norm when it comes to online reviews.

Everyone knows how easy it is to create a username--just as easy for a shill as an average user -- and it's not as though Internet hoaxes are a rare phenomenon. This has made readers like me hypersuspicious of enthusiasm, whether it is for the bakery downstairs or some brand of odorless cat food. I immediately doubted the sincerity of "nice guy" (Review title: "It's just what my nose needs"), a Kleenex lover from Heltonville, Ind., until I read his final paragraph: "My wife and I joke that perhaps they should try marketing these alongside KY Jelly, because they are extra soft and absorbent when cleaning up sensitive areas." Sure, it might be designed to attract a hornier demographic, but he's probably just trying to help.

But my awareness of foul play being perpetrated in the pages of Amazon hasn't kept me from sorting my search results by Average Customer Review. Maybe I'm hoping that one day, while buying toiletries, the light of the moon reflecting against the translucent bristles of my electric toothbrush will get me as excited as these guys. Or maybe not. The point is: If there's the slightest possibility of confirming product quality prior to checkout, I'm willing to take my chances on a few Oral-B fanatics. And it seems others are, too.

In a 2007 Customer Engagement Survey conducted by the global marketing research firm ACNielsen, online consumer opinions represented the third-most-trusted form of advertising, after word-of-mouth opinions and newspaper ads. (Magazines, television and radio all landed lower spots, proving today's tough reality for high-budget ad types.) Another market research firm, E-consultancy, asked online retailers about the effects of adding customer-generated reviews and ratings. Seventy-seven percent said site traffic increased, and 42 percent reported a rise in the amount of money spent. So people aren't just gravitating toward pages with ratings, they're also spending more when they get there. I may be sucked in by customer reviews, but I am clearly not the only one.

In fact, it's this "not the only one" mindset that probably propels my fondness for customer reviews. Fear of isolation and its complement, the desire to fit in, are hard at work while I'm scouring the review pages. It's the same thing I feel editing my Facebook profile. Yes, I want to stand out, but not too much. I suspect there are complex psychological phenomena at play, but mostly I am aware of one basic conclusion: If it worked for those guys, it'll work for me.

I also want to believe customer reviews because, chances are, they come from people who do not stand to gain -- or lose -- anything by my purchase. And, since they're anonymous, they should be immune to the I-know-you-better-than-you-know-yourself syndrome that infects so many of our loved ones' advice.

They should be immune and yet, as every online deal-finder knows, even Dirt Devil reviews aren't written in a vacuum. If there's one thing to learn from the personal blog, it's that our own opinions, however unfounded and narrow-minded, matter much more than anyone else's. And as long as there are characters left in the text box, we will stop at nothing to prove it.

Often, reviewers will argue back and forth or reference previous posts, turning six reviews of Burt's Bees Marshmallow Vanishing Creme into a contentious academic forum. So do you side with the shopper who disliked the "very heavy oily greasy smelly feeling"? Or do you believe the contrarian, who described the cream pie scent as "decadent" and found the "luscious creamy dreamy product to be healing for the body and mind"? With just their usernames and locations to go on, who do you trust?

Eventually, the angst of my situation led me to investigate Seventh Generation Bathroom Tissue -- a pricier but more eco-friendly variety of tissue paper. There, I found a lecture in place of helpful criticism. On Oct. 28, 2007, Michele from California asked me and anyone else experiencing reservations due to reported roughness, "Is your bottom really worth cutting down virgin forests to make 'soft' toilet paper for spoiled you?"

I was already annoyed by this anonymous reviewer's value judgment of my equally anonymous bottom, but Michele wasn't done: "Also, if your bottom is so sensitive that only the 'soft' brands satisfy you, maybe you have some other skin problem down there that needs to be checked medically." Thank you, Michele from California, for the public service announcement and the unsolicited diagnosis.

And what about dinner tonight? Should I cancel my reservation at an Indian restaurant because mzt wrote a post about it titled "Bland, Blah and Expensive"? Who is this mzt, anyway? Is his bank account as small as his taste buds?

Much as with critics -- the ones who do this for a living -- personality and personal preference play major roles in the review process. But while professional critics are held to certain standards, the average consumer is not. A spilled drink, a lost wallet, a bad fight or oversalted popcorn can ruin any experience, but full-time critics are paid to look past these details and speak to the larger experience. Roger Ebert and cornpops116 can both give "I Am Legend" three stars, but only one of them would dare use (and this is an actual quote) "Best cheesesteak I ever had" as justification.

After more than an hour, I had come no closer to determining the best paper product for my needs, so I gave up on the customer reviews altogether. In the end, my decision came down to that most basic of consumer dilemmas, brand recognition versus price. I'm more familiar with the Kleenex name. But the Puffs were cheaper.

Adina Wise is a writer living in New York City.