In five minutes, a delicious cheese and egg sandwich that's better than drive-through. 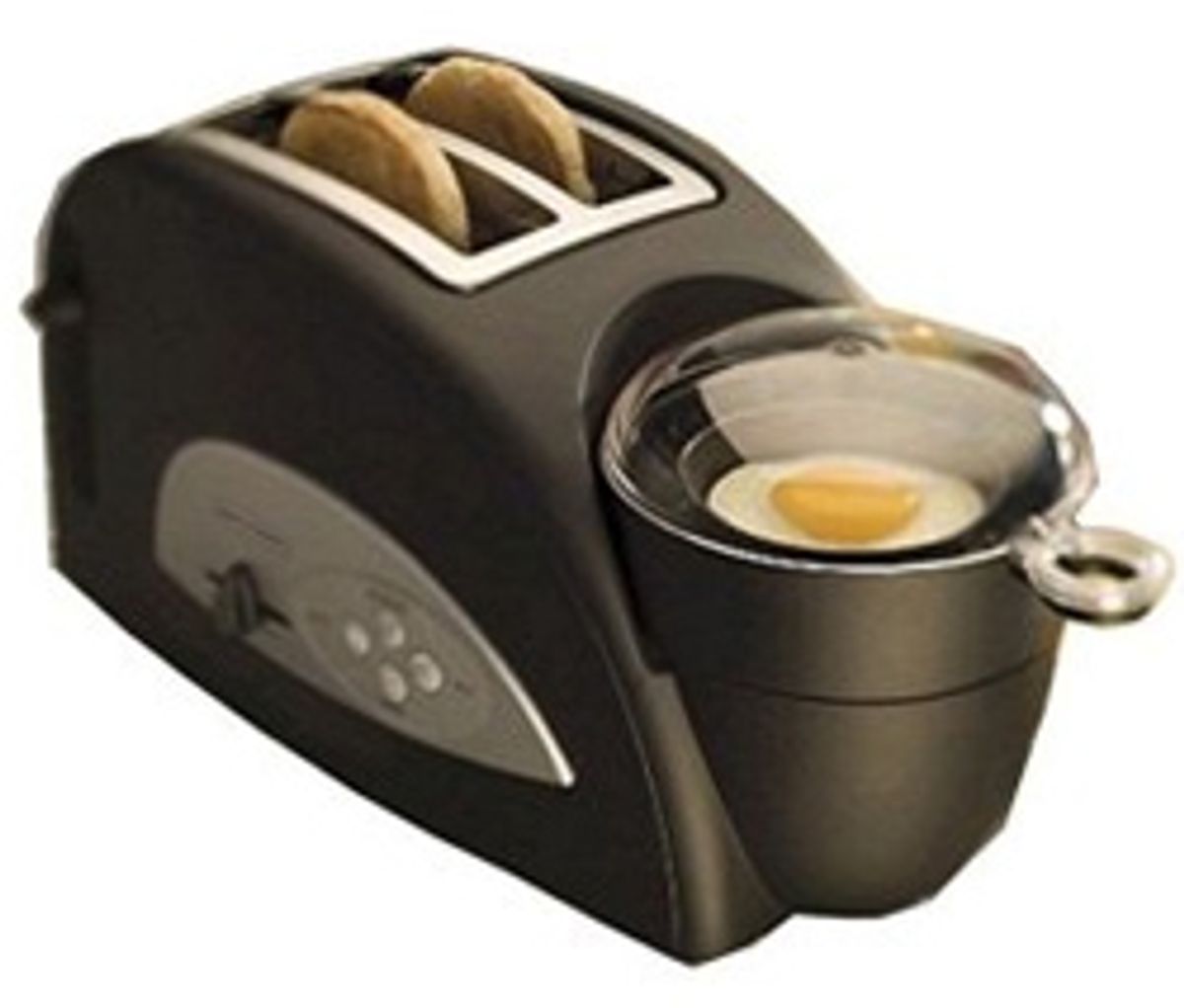 In Christmas of 1972, when Ray Kroc, the head of McDonald's, was visiting Santa Barbara, Calif., one of his local employees, Herb Peterson, showed him something crazy: a breakfast sandwich.

"It consisted of an egg that had been formed in a Teflon circle, with the yolk broken, and was dressed with a slice of cheese and a slice of grilled Canadian bacon," Kroc recounted in "Grinding It Out," his 1987 memoir. The prototype sandwich was served "open-face on a toasted and buttered English muffin," a look that didn't sit well with Kroc. "But then I tasted it, and I was sold. Wow! I wanted to put this item into all of our stores immediately."

Three years of research and development followed, with the company's advertising, operations and supply experts preparing the sandwich for McDonald's foray into what Kroc called "the breakfast trade." The eventual mass-market sandwich would be just slightly different from the prototype, served closed rather than open, and blessed, now, with a perfect name. Patty Turner, the wife of longtime McDonald's CEO Fred Turner, had suggested it: the Egg McMuffin.

There's something romantic to this story, something you've got to admire about the ingenuity and entrepreneurial gumption attendant to successful inventions -- a sentiment completely out of whack with the $3 sickly, chewy, rubbery perfect circle of egg, bread and meat that is the post-millennial drive-through Egg McMuffin (at 300 calories, one of the healthiest items you can find at McD's).

The McMuffin in my vegetarian experience -- i.e., sans bacon -- has always been better in theory than in fact. Like all fast food, it looks delectable in promotional photos, photos that fool you because, you reason, how could this collection of ingredients not be straightforwardly delicious? Egg, butter, cheese, bread and meat are all you could want in a breakfast. Yet McDonald's always manages to turn the concoction into something you feel a fool for eating.

I've stepped into this analysis of America's most famous breakfast sandwich as part of kitchen gadgets week at Machinist, for which I've been reviewing the oddest food-related products pushed in this season's catalogs. Today's unit is the Back to Basics Egg & Muffin toaster, which promises to deliver "the drive-thru breakfast without the drive!"

A product that actually fulfilled such a promise would be a sorry thing indeed. Add to that that the E&M looks disconcertingly gimmicky. A two-slice toaster affixed with a circular egg-cooking pod, it suggests a marketing trick devised by Ron Popeil (hey, it does everything at once!). You don't expect it to work.

But the machine doesn't simply re-create fast food. In the time it takes to trudge to the drive-up window, the E&M gins up something surprisingly good. No, I'm being reticent: These sandwiches are delicious.

The toaster part is your standard timer-based kitchen toaster, so let's not dwell on it. The clever portion is the egg cooker, which the marketing copy calls a "poacher" but which really is a steamer. To make your sandwich, spray the E&M's egg-cooking tray with cooking oil, then crack an egg into it. This tray sits perched above a heating element. Pour two to two and a half tablespoons of water onto that element. The water boils, steaming the egg -- the more water you add, the firmer your egg becomes. (There's a handy measuring cup to help; the machine can also warm precooked slices of bacon, but I didn't try that.)

The toast gets done at the same time as the egg, an achievement about which the E&M's product manual is quite dramatic: "Your Egg & Muffin Toaster has been ingeniously designed to optimize your cooking abilities by timing the simultaneous completion of the toast and the egg. This technology ensures that all the ingredients for the perfect sandwich will be warm and fresh."

But when, in about five minutes, the toast pops up and your egg is perfectly cooked, the drama seems justified. To the toasted muffin I added some butter, a slice of good sharp cheddar, and salt and pepper, and then I popped on the egg -- which comes out round, exactly the size of a regulation-size English muffin.

I used better eggs and cheese than McDonald's does and more salt and butter, too, but I still can't get over how good these sandwiches are. Each looks as delicious as an advertising shot of a McD's Egg McMuffin, and tastes like the sandwich in those pictures ought to.

Prepared to medium, the egg whites are firm but not rubbery, and the yellow is just slightly liquid. In three days' time I made six sandwiches and not one was other than perfect.

The egg-making portion uses several plastic parts, all of which clean up easily in the dishwasher or with a soapy sponge. Nothing else requires much cleaning. The E&M sells for $30. Get one.