It makes better brownies, but not by much. 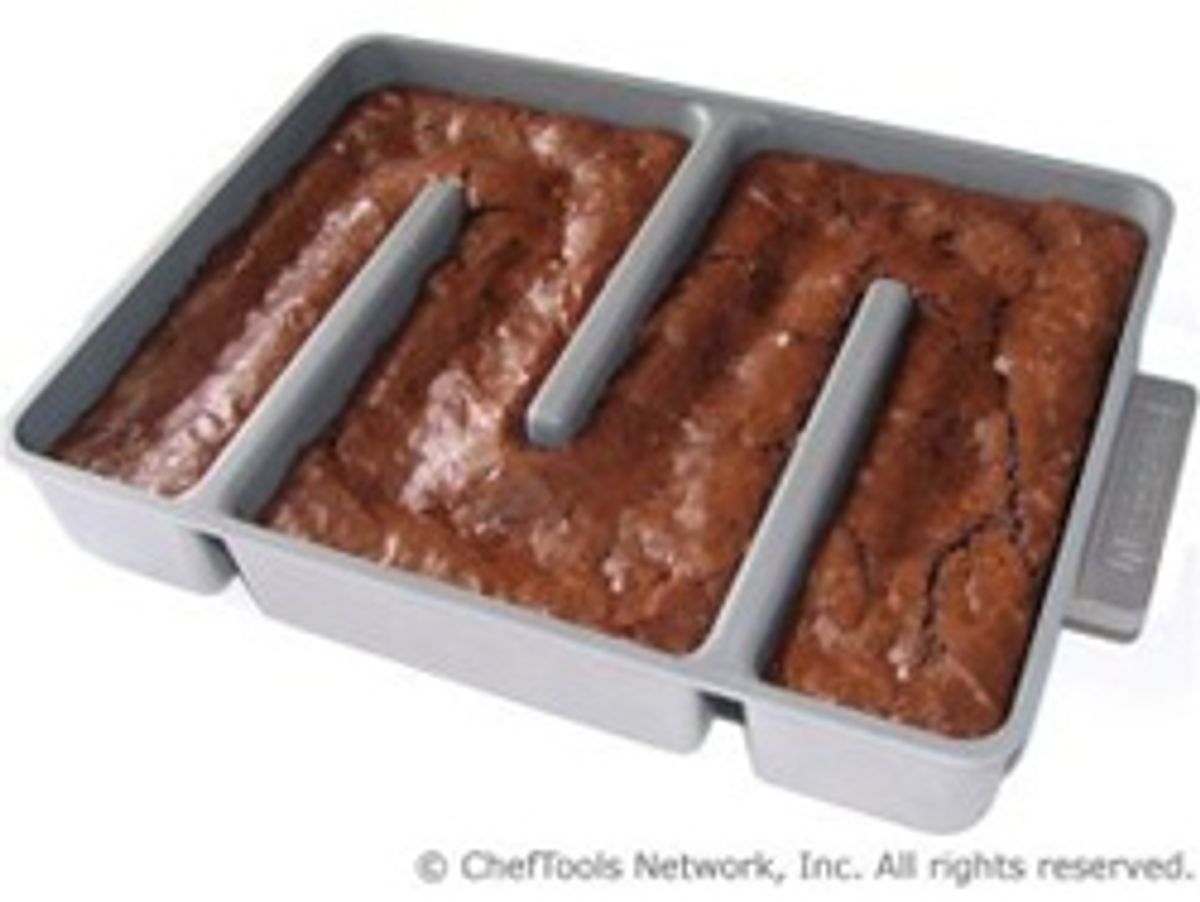 Like other items I've reviewed in my week-long roundup of kitchen gadgets, the Baker's Edge brownie pan has the look of an infomercial product -- at once brilliant and hare-brained, suggesting either greatness or great failure. A brownie pan that makes only edge pieces? The mystery is alluring: You feel you've got to try it to see where it goes.

So far this week, I've raved about the Back to Basics Egg & Muffin Toaster, but I've been less than bowled over by the Aerogarden indoor herb garden and Blendtec's iPhone-blending Total Blender.

After testing it against a traditional brownie pan -- i.e., a $5 model from the supermarket -- I'm lumping the edge pan along with the other things I've been lukewarm about.

True, the Baker's Edge brownies were slightly better than those I made in the cheapo pan; they felt more structurally sound, and the taste and texture was more consistent through the whole batch (I mean, every piece was more or less the same, while the standard pan's brownies differed in density and moistness depending on where in the slab you got them from).

And for $34, the Baker's Edge pan won't break your bank. Indeed, the pan, up close, looks like it should command some bucks. Cast out of heavy gauge aluminum, it feels weighty and durable. The internal crevasses -- set there to create at least two edges for each piece -- are constructed out of the same sheet of metal as the rest of the dish (rather than soldered on cheaply at the end). Included, too, is a handy plastic spatula shaped to the pan; it lets you quickly cut your brownie into bitty pieces.

But the key words here are "slightly better." I baked both batches of brownies from the same recipe -- Cook's Illustrated's -- in the same oven for about the same baking time. (The ones in the edge pan were done about two minutes faster, according to the toothpick test; the manual warns that you'll have to adjust some of your recipes' baking times).

Once I'd cut up the brownies from both batches into the same plate, they were virtually indistinguishable. I can think of many other factors -- the recipe, chocolate quality, baking time, oven calibration -- that would have made a bigger difference to the final product.

Get one if you're addicted to the edges. (But you'll have to wait; the company says demand is so high it'll be short of stock until next year.) If you simply want to make great brownies, a better bet is to use a great recipe.