This silly sendup of biopics features some fine comic turns -- but one member of the cast really steals the show. 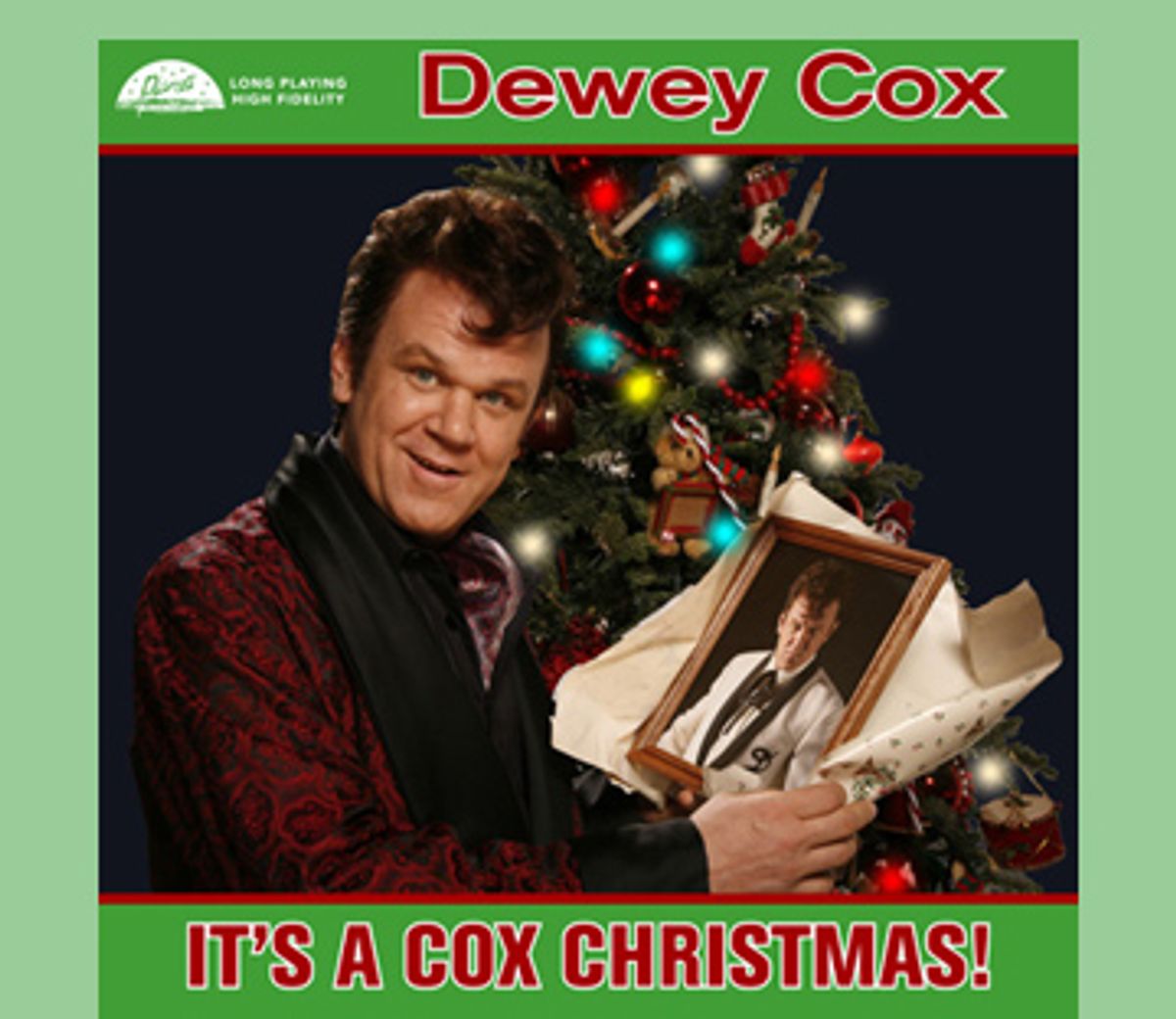 The hero of Jake Kasdan's "Walk Hard: The Dewey Cox Story" is a country boy who survives childhood trauma -- he has halved his brother accidentally in a machete fight -- to pour his pain into a singing career that spans decades and genres. Dewey Cox (John C. Reilly) staggers through the eras in an ever-changing assortment of outlandish stage outfits and hairdos: The one accessory that never changes is the look of perpetual befuddlement on his face.

That look is part of Reilly's charm as an actor, and it's effective enough here, in a movie that allows him to break out of the second-banana roles he's usually given (as in last year's "Talladega Nights: The Ballad of Ricky Bobby"). But as funny as some of the individual gags are -- the script is by Kasdan and Judd Apatow -- cumulatively, they're just so many cartoon birds swirling around Reilly's head: They go 'round and 'round without ever roosting in any meaningful arrangement. "Walk Hard" is pieced together from scraps of agreeable silliness; at moments it shows a certain throwaway brilliance. But in the end, it's just a concept decorated with jokes, more of an extended sketch than a canvas with every inch filled in.

"Walk Hard" spoofs biopics like "Ray" and "Walk the Line," seizing the worn-in conventions of those movies and inflating them to comic proportions. Dewey's model-of-perfection brother (played by Chip Hormess) doesn't just get stabbed with that machete; it bisects his torso in one clean, horizontal cut. "I'm cut in half pretty bad," he tells Dewey, who stands there dumbly, clutching the death instrument in his hand. The accident devastates Dewey's thin-lipped, taciturn father (Raymond J. Barry), who tortures Dewey by reminding him, so often that it becomes a mantra, "The wrong kid died!" Dewey's mother, equal parts careworn and jolly (she's played by a beaming Margo Martindale), goes much easier on Dewey. The trauma of the accident has caused him to lose his sense of smell, and when he becomes a 14-year-old guitar sensation (we see Reilly as an overgrown galoot in high schooler's togs), his mother marvels at how wonderful it is that he learned to play guitar despite his olfactory impairment. Reilly's kicker hits, "Hee Haw" style, just a hair off the beat: "It's all right, Mama -- I learned how to play by ear."

"Walk Hard" covers every potential up, down and up again of showbiz lore: The early years of deprivation as Dewey struggles to support a baby and a teenage wife (played by genius nut-ball Kristen Wiig); his rise to fame when, at the last minute, he fills in for the house guitarist in the juke joint where he has a job cleaning floors (he wows the all-black audience with his big number, "Woman, You Got to Love Your Negro Man"); his inevitable fall, which begins when he has his head turned (and more) by the buxom singer who joins his act (played by Jenna Fischer, of "The Office," in a series of June Carter Cash-style bouffant frocks and hostess dresses).

Reilly drifts through it all, the unassuming naif: I doubt the picture would work even as well as it does with anyone else in the role. Tim Meadows has some good bits as the loyal sidekick who's constantly warning Dewey off drugs even as he consumes prodigious quantities of them himself. And the period songs, from schmaltzy '50s ballads to a Dylan parody to the man-in-black-style title number (they were written by Dan Bern, Mike Viola and Charlie Wadhams; the title song was cowritten by Marshall Crenshaw), are good-bad in just the right proportions.

"Walk Hard" is funniest in its first half, when you're not quite sure where it's going, and drags in the second, by which time you realize it's going nowhere. And it isn't as pumped up with phallus jokes as its title would have you believe. But it does feature one marvelous sight gag, an instance of male full-frontal nudity that's so goofy and innocent it barely registers as shocking. I laughed more at the sight of this insouciant, "What, me worry?" joint than I did at anything else in the movie: There it was, unerect and unashamed, just taking up its own little corner of the movie frame like nobody's business. It's a walk-on that steals the show. And it doesn't even sing.