The year in technology

The iPhone was great, except for its restrictions. And guess who's dialing up a better mobile Web now? 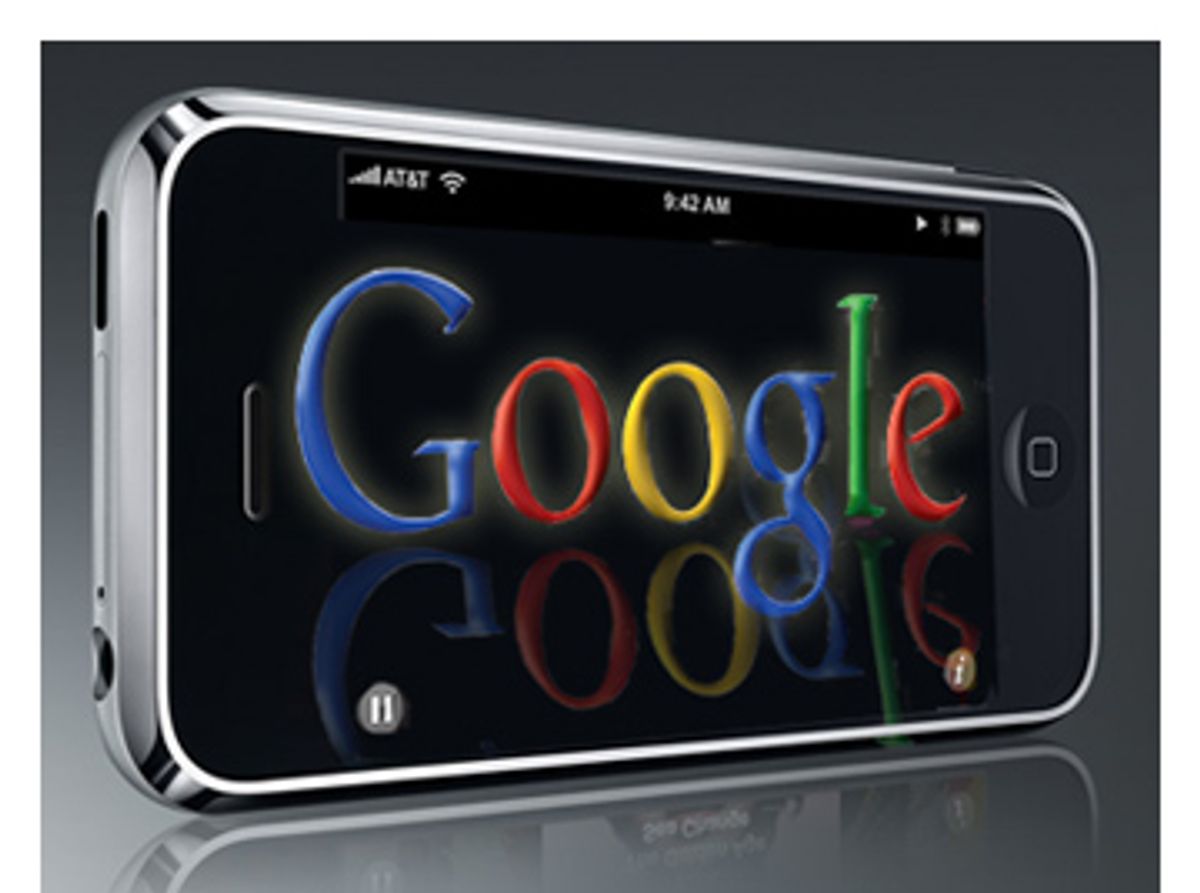 You'll balk if I label 2007 "The Year of the iPhone." True, news of Apple's new device hit the world within two weeks of New Year's 2007 and dominated tech coverage pretty much incessantly afterward. But as several cynical Salon letter writers pointed out at its launch in late June, the iPhone, cool as it was, failed to revolutionize human relations. "Hey, did your iPhone end the war? No, it didn't, so shut up!"

But tech doesn't work that way. Only a handful of Macheads seriously expected the iPhone to deliver an exit strategy in Iraq, cure AIDS and forestall foreclosure on millions of subprime mortgages. Most techies had lower expectations, and it's true that for some of us, the iPhone didn't meet even those. As a phone, the thing didn't stand out. It lacked, moreover, several necessary features, and more than a few people still can't get the hang of its damned keyboard.

Still, every conversation about tech in 2007 spirals into a conversation about the iPhone; the device, as I wrote after two weeks using it, marks a new way of living. For some people constant access to the Internet is a pleasant dream, while for others it's a dreaded nightmare. This year, for all of us, it became a reality, the unavoidable future.

Apple skeptics point out that cellphones have offered on-the-go access to the Web for years, long before the iPhone came along. But that's a bit like deriding the utility of the internal combustion engine on the basis that horses did basically the same thing. The iPhone's mobile Web is fundamentally different from anything that has come before -- hassle-free, easy to use and functionally the same as the browser on your desktop.

And this suggests the iPhone's true impact -- it forced us, for the first time, to confront the thorny public policy issues that the mobile Web will raise, issues sure to consume Silicon Valley, Hollywood and regulators in Washington for the foreseeable future.

Take telecom policy. Until recently, "network neutrality" -- the proposal to prohibit Internet service providers from imposing discriminatory rules on the network lines coming into our homes -- was an issue most experts associated with the wired Internet, not wireless networks.

We get mad when Comcast or AT&T monkeys with what we can do on the Web at home, but few took notice that cellular carriers have always restricted our behavior on wireless networks -- they dictate what phones we can use, which programs we can run on those phones, and what we can do with those programs. For a long while, the prohibitions raised few objections because the mobile Internet was too useless to get very worked up about.

The iPhone altered our calculus of concern. By illustrating the possibilities of the mobile Web, the phone cast wireless networks as ground zero in the battle for computing freedom.

Ironically, Apple itself wound up on the wrong side of the fight. Among my chief complaints about the iPhone was Apple's policy prohibiting third-party developers from creating programs for it. The restriction undoubtedly came about as a consequence of Apple's exclusive deal with AT&T, which, like other wireless companies, is afraid of wayward applications hurting its bottom line. If you were free to use the Internet phone service Skype on your iPhone, you might make very cheap calls overseas -- and why would AT&T want to let you do that?

The restrictions showed up Apple CEO Steve Jobs' idea that his phone was a full-fledged mobile computer. The iPhone did seem to have the potential to act as a true minicomputer -- but if it remained closed, it could never match the wizardry we're used to on the desktop.

In late September, Apple moved to shut down hackers who had rigged the phone to run in unapproved ways. Many customers were apoplectic. Apple subsequently promised that it would offer a way for programmers to create their own iPhone apps -- a recognition that the iPhone's true utility lies in the innovation that developers across the world will bring to it.

If Apple's innovation pointed to the possibilities of a wireless Web, another company moved aggressively to realize those possibilities. Right, Google.

During the summer, the search firm pushed the Federal Communications Commission to adopt a set of "openness principles" on the 700 MHz band of radio space, a wireless bounty that the government will offer to high rollers at a grand auction early in 2008.

Google did not persuade regulators to make the spectrum fully open, but it did win some benefits for consumers. Specifically, the FCC set aside a block of radio space on which wireless firms will not be allowed to prohibit customers from running devices and applications of their choice. Google also announced it would bid for wireless space, and it unveiled Android, an open-source operating system for mobile phones that will allow developers to create applications that run on a wide range of phones.

Fans of the search firm see its moves as a rare instance when private ambition aligns with the public good. After all, Google's gambit has already produced gains for customers. Phone companies wary of a direct fight with Google are now tripping over themselves to bring a measure of openness to their networks.

But how long can we trust Google -- a firm that now dominates every aspect of our digital lives -- to protect our interests? The year ends with that cliffhanger.

When, a decade from now, you think back on these times, you may well remember the iPhone's launch as a mere footnote to a more momentous story: 2007, the year the mobile Internet got its start -- or, you know, the year Google finalized plans to take over the world.