What Iowa means (or at least what it meant)

Arguing that it shouldn't be so important is different from denying that it is. 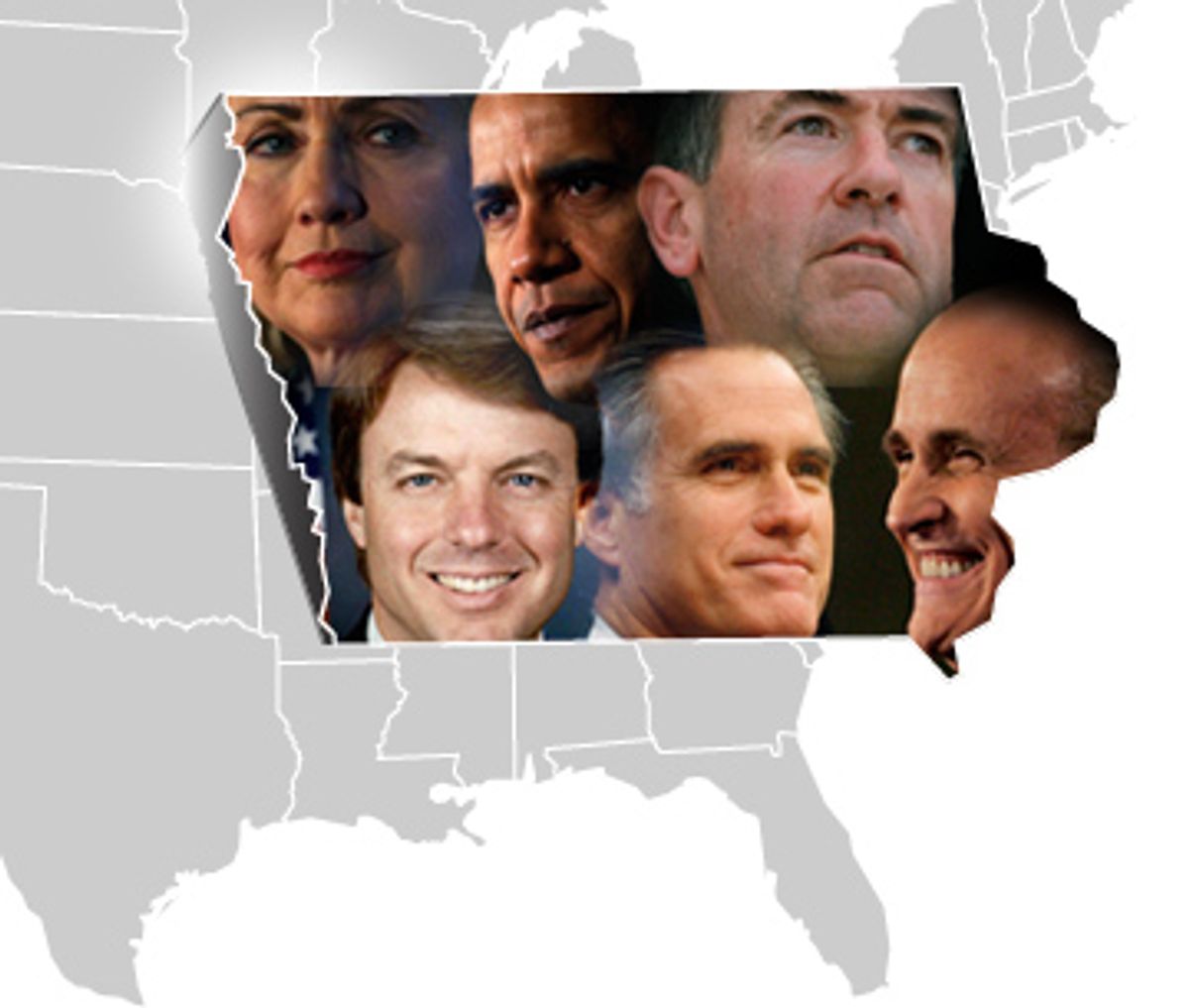 In what may be the least surprising poll result we see this year, an Associated Press/Yahoo poll finds that more than half of Americans think Iowa and New Hampshire play too big a role in presidential politics, and 80 percent say it would be better if the 50 states took turns leading off the primary season.

Or, as the New York Times' Gail Collins writes -- from Iowa, of course: "The identity of the next leader of the most powerful nation in the world is not supposed to depend on the opinion of one small state. Let alone the sliver of that state with the leisure and physical capacity to make a personal appearance tonight at a local caucus that begins at precisely 7 o'clock. Let alone the tiny slice of the small sliver willing to take part in a process that involves standing up in public to show a political preference, while being lobbied and nagged by neighbors."

But saying that Iowa shouldn't be important is different from denying that it is. The first of those is easy. The second isn't.

We don't know who's going to win tonight, and we don't know what a win or a loss or even a fourth-place, looking-at-Ron-Paul's-rear-end thumpin' in Iowa will mean once voters in California or Florida or New York or Texas get some serious face time with the candidates. The primary season is too compressed this year, and the candidates, at least on the Republican side, appeal to such divergent constituencies that nobody really knows much about what Iowa will mean tomorrow, let alone Tuesday, when New Hampshire votes.

What we do know is what Iowa has meant in the past, and what it has meant is quite a lot, actually. A few historical markers to remember tonight as you watch the results and measure the spin:

The Democrats: The winner of the Iowa caucuses has gone on to win the Democratic presidential nomination in four of the last five "normal" cycles. We don't count 1992 as normal because the other Democrats left Iowa to favorite son Tom Harkin, nor do we count 1996 because Bill Clinton ran unopposed. Outside of 1992, the only Democrat to lose in Iowa and go on to win the nomination since 1980 was Mike Dukakis.

The Republicans: With only two exceptions, the winner in Iowa has won the GOP presidential nomination in every cycle in the last three decades -- and George H.W. Bush played a role in both exceptions. Bush finished first in Iowa in 1980, then lost the nomination to Ronald Reagan; he finished third in Iowa in 1988, then went on to win the nomination.

The presidents: Aside from the Harkin anomaly in 1992, no one from either party has lost in Iowa and gone on to win the presidency since George H.W. Bush did it in 1988.

The big losers: Aside from 1992, no candidate in the last three decades has finished worse than third in Iowa and gone on to win his party's presidential nomination.