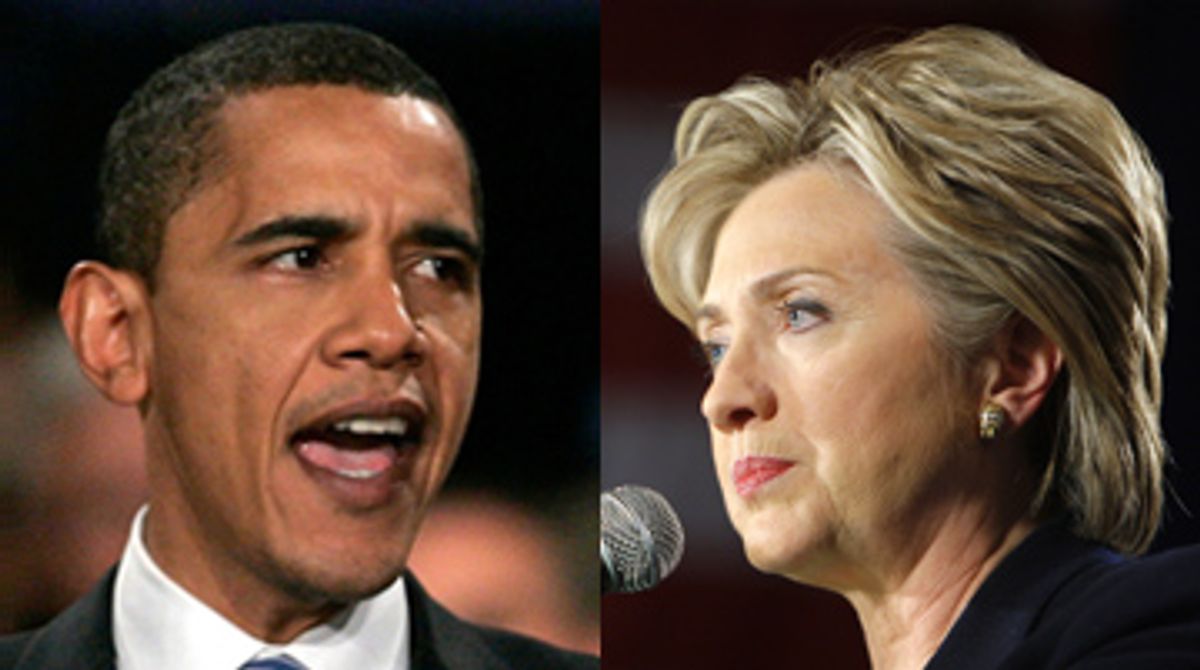 Barack Obama's convincing victory in Iowa is more than the story of an African-American politician who rose above our racial divisions in an overwhelmingly white rural state, although that surely would be enough to drive his campaign forward. It is also the story of a politician who delivered on a promise.

Against the skepticism of experience, Obama boasted that he would attract new voters, young voters, independent voters and even Republican voters into the arcane caucus system -- and they all actually showed up to help him win. His politics of inclusion, which has sometimes sounded ephemeral and ethereal, suddenly seems to be rooted in reality. There turned out to be more to him than hope.

But Obama's achievement is not diminished in any way by observing that he enjoyed the unintentional assistance of Hillary Clinton, who suffered the consequences of consistently choosing caution over inspiration. From the high point of her primary campaign last September, when she introduced a strong healthcare platform that overshadowed those of her opponents, she eventually fell back into the calculated dullness that is the hallmark of her longtime advisors, most notably her strategist Mark Penn. Penn's approach is always more or less the same old sameness

Indeed, Penn can serve as the symbol of what went wrong in Iowa for Clinton and what is least attractive about her campaign. A corporate consultant of consummate cynicism and conservative instincts, Penn adhered to more or less the same old sameness, with all the clichéd assumptions about the peril of populism and the safety of centrism. Apparently he could neither imagine that Obama might widen the caucus electorate nor conceive a serious strategy to cope with that challenge. Hillary Clinton has always lacked the suppleness and versatility of her husband, and that was a deficit for which Penn had nothing to compensate. The embarrassment he caused her months ago, when reporters exposed his public relations company's union-busting division, was a bellwether.

Weighed down by her advisors and her own habitual style, Clinton was unable to exploit the mistakes committed by Obama. His sly gestures toward the right and the Republicans, his inadequate healthcare proposal and his Social Security gaffes offered her the chance to flank him on the left, where he was strongest and she was weakest, owing to her Iraq war vote. She scored in the debate over healthcare, but retreated when he attacked her plan's mandated coverage (as if his own plan didn't include a mandate to insure children).

Certainly she should have confronted Obama squarely for reciting the Bush line on Social Security's "insolvency," instead of taking glancing shots at him. By opening up that topic, which began the unraveling of the president's second term in early 2005, the Illinois rookie made himself highly vulnerable. But Clinton could not bring herself to speak forthrightly and forcefully on Social Security -- just as she had declined to mount the barricades against the White House privatization effort.

As the Senate's most celebrated Democrat -- before Obama-mania and Oprah Winfrey -- Clinton should have led the struggle to save her party's bedrock program from Republican depredations. But her opposition then sounded dutiful rather than impassioned. Over the past two months in Iowa, she could have stood up as the defender of Social Security -- and proved that she knew not only what she was talking about but who she is, while amplifying real doubts about her opponent. Instead, the moment passed, and the enthusiasm that drained away from her campaign could easily have been enough to place her second rather than a whisper-close third.

Now that the contours of the Obama challenge are clear -- and the inadequacy of Clinton's strategy is equally obvious -- she may have missed the chance to change. When she spoke after the caucus results came in, her energetic words could not dispel the listless tableau of the old Clinton administration surrounding her. What purpose was served by the likes of Madeleine Albright at her side in that critical moment? Those images only heightened the freshness and vitality of Obama's superb victory speech -- and emphasized the difficulty of revamping Clinton's status quo campaign.

Knocked down but not out, she has only two plausible choices going forward. The first is to demand the hard substance and specifics of change that underpin Obama's lofty rhetoric. Both the conservative admiration for Obama and his gauzy red-blue thematic scheme depend heavily on his reluctance to discuss how he plans to achieve a progressive agenda. If he speaks out as a progressive, he will draw fire from the right.

Indeed, such candid exchanges are likely to prove that Clinton is correct in anticipating a tough, nasty, expensive general election campaign rather than a campfire lovefest. Even if she loses the nomination to Obama, she will have done him an important favor by forcing him to hone his defenses. Those who sought to destroy the Clintons for eight years and then smeared John Kerry in 2004 are not about to surrender the White House to any Democrat, not even a smart, nice and charismatic young guy from Chicago.