Changes for the Clinton campaign?

One report says Hillary may give up on Nevada and South Carolina. Another says it's Carville and Begala to the rescue. 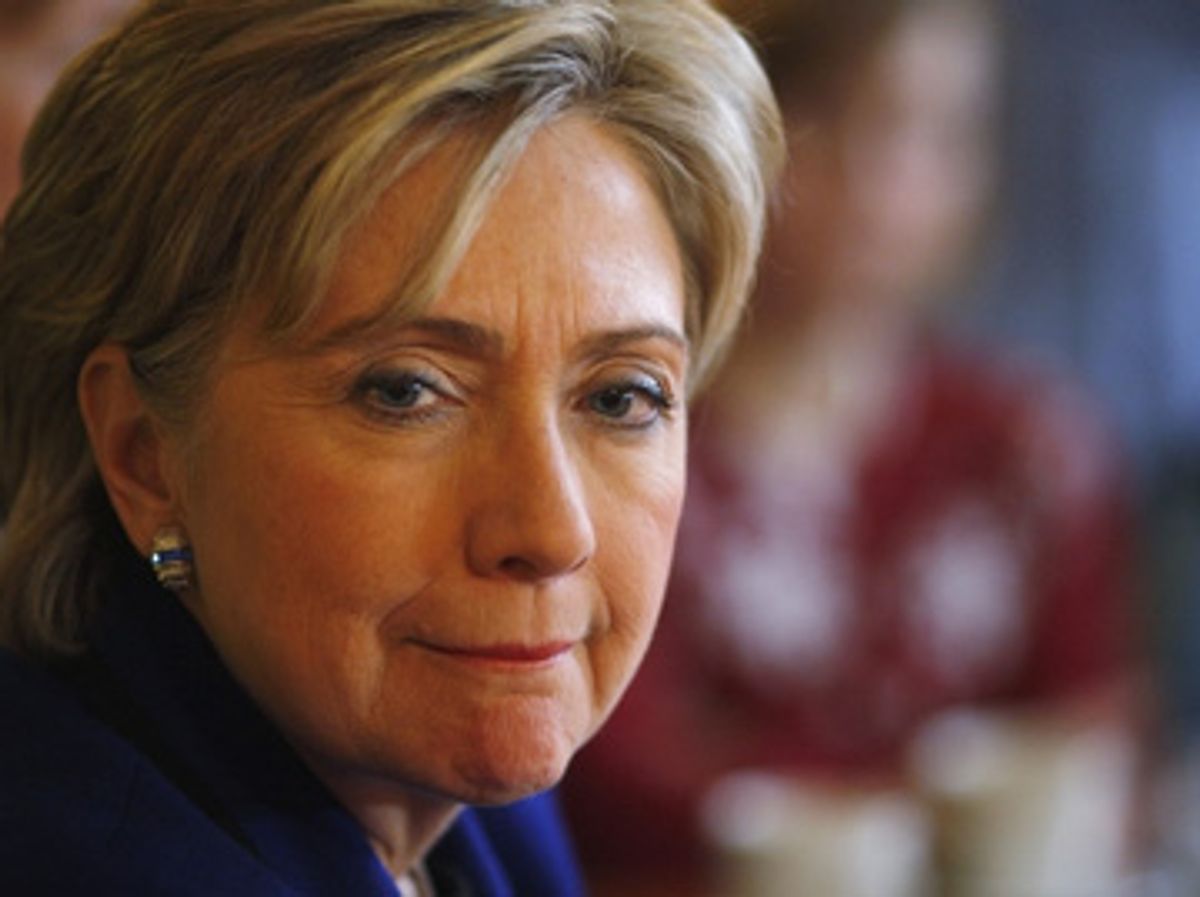 We won't have the first real results from New Hampshire for hours -- sorry, Dixville Notch just isn't big enough to matter -- but we're continuing to hear more about what lies ahead for Hillary Clinton once the Granite State is finished.

The Huffington Post's Thomas Edsall says that the Clinton campaign will decide within the next 12 hours whether to pull the plug on operations in Nevada and South Carolina. The upside? Such a move would preserve resources for the big states down the road. The downside? As one Clinton aide tells Edsall, " You've got to put some points on the board. You can't just let the other guys run up the score and expect to come back in the fourth quarter."

While Team Clinton deliberates, Edsall says, "three groups conducting independent expenditure campaigns on behalf of Clinton -- Emily's List, the American Federation of State, County and Municipal Employees (AFSCME) and the American Federation of Teachers (AFT) -- have explored the possibility of trying to put together a multi-million dollar effort privately dubbed the Anybody-But-Obama 527 Committee." Their problem: Edsall says they haven't been able to find a "Democratic operative" willing to run a 527 aimed at the party's presidential front-runner.

Are there Democratic operatives willing to jump into the Clinton campaign itself? That's unclear. Fox's Major Garrett reports from Manchester that Clinton intends to bring James Carville and Paul Begala on board as soon as Wednesday. Carville and Begala will "overshadow" campaign manager Patti Solis Doyle and strategist Mark Penn, who won't lose their jobs but might find themselves with a lot less to do, Garrett says.

Maybe it depends on what the meaning of "anyone in the Clinton campaign" is. The New York Times reported Monday that Carville has been talking with Bill Clinton "regularly" as the former president becomes increasingly engaged in his wife's strategy.