A "free ride" for Obama and Edwards?

That's what Hillary Clinton saw. Did you? 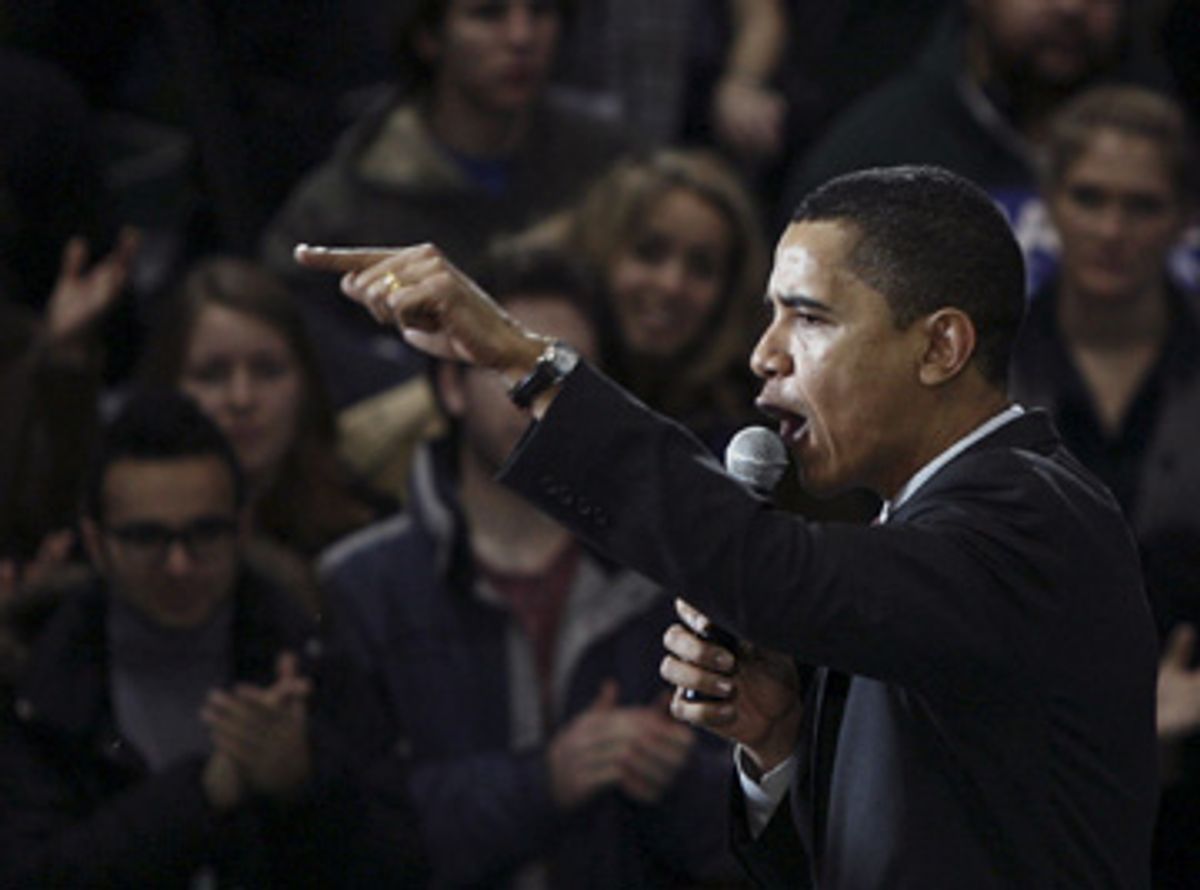 In an interview aired on ABC this morning, Hillary Clinton complained that Barack Obama and John Edwards have received "pretty much a free ride" in this political season. "That's fine," she said. "I don't mind having to get up there and take all the scrutiny. But at some point the free ride ends; maybe it ends now, maybe it ends in a month, maybe it ends in the general election. You cannot be elected president if you do not withstand the tough questions."

A "free ride"? While we're not saying that the press has been easy on Clinton -- it hasn't been -- it's pretty hard to make the case that it has given either Edwards or Obama a pass on the way to the White House.

Jan. 3, 2007: In a front-page story, the Washington Post says Obama's "candor" about "early, bad choices, including drug use starting in high school and ending in college, as well as his tortured search for racial identity," could cause problems for him as he runs for president.

Jan. 17, 2007: Insight magazine reports -- falsely -- that Barack Obama was educated in a madrassa. Fox News picks up the story and runs with it, at least until CNN sets the record straight.

Feb. 8, 2007: The Associated Press produces a lengthy story on Edwards' home, suggesting that the house's large size and cost are in conflict with Edwards' antipoverty message, and that this conflict is hurting him with voters.

March 3, 2007: The Boston Globe reports that Obama racked up $375 in parking tickets and late penalties while attending Harvard Law School.

March 13, 2007: The Associated Press discusses leaked excerpts from political consultant Bob Shrum's book, in which Shrum suggests that Edwards voted in favor of the Iraq war resolution for political reasons. Later in the spring, further allegations from Shrum are revealed, including that John Kerry regretted picking Edwards as his running mate and that Edwards exploited the death of his own son.

April 16, 2007: The Politico's Ben Smith blogs about FEC records showing that the Edwards campaign paid $400 on two occasions to a trendy Beverly Hills, Calif., hair salon. The cost of Edwards' haircuts has been used to attack him repeatedly ever since.

May 11, 2007: The Washington Post publishes an article that links Edwards, through his work for the hedge fund Fortress Investment Group, to the subprime lending crisis.

May 16, 2007: NBC's David Gregory confronts Obama with the charge that there's little difference between his Senate voting record and Clinton's when it comes to the war in Iraq.

Oct. 11, 2007: After Edwards issues an official denial, the Associated Press picks up on a tabloid story alleging that the married Edwards carried on an affair with a woman who had done work for his campaign.

Nov. 11, 2007: On "Meet the Press," Tim Russert confronts Obama with virtually all of the Iraq-related questions Bill Clinton says the candidate wasn't forced to answer in the Democratic debates.

Nov. 16, 2007: New York Times' columnist Paul Krugman says Obama has been "turned into a sucker" and "played for a fool" on Social Security.

Nov. 29, 2007: In a front-page story, the Washington Post spreads mainstream media credibility on false rumors that Obama, a Christian, is actually a "'Muslim plant' in a conspiracy against America."

Dec. 12, 2007: Based on comments made by Hillary Clinton's New Hampshire co-chairman, the press wallows in a sea of stories about Obama's past drug use.

Jan. 8, 2008: As voters vote in New Hampshire, the New York Times' Matt Bai says that "whether or not [Obama] actually has the skill and experience necessary to dislodge us from the past is the real question surrounding his improbable campaign" -- and that while we're waiting for an answer, no one should be comparing Obama to JFK.