The overwhelmingly negative press corps may have rallied voters to Clinton's side and turned her narrow victory into a resurrection. 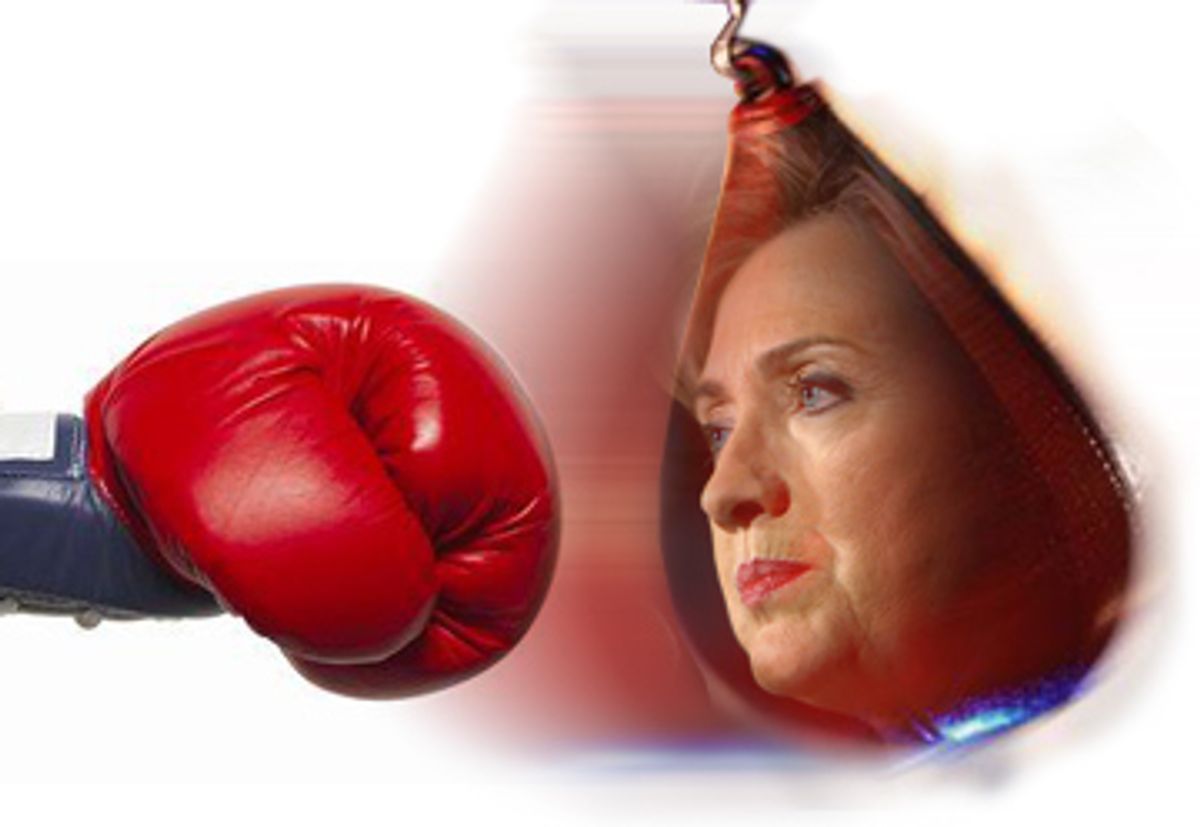 Everybody has a theory about the remarkable resurgence of Hillary Clinton in New Hampshire. She "cried her way" to victory. Or she had a better vote-pulling operation. Or she benefited from a "Bradley effect" of white voters reluctant to actually pull the lever for an African-American candidate. But what seems just as plausible as any other explanation is also the most ironic: that New Hampshire Democrats -- and especially Democratic women -- were sick of the corrosive hostility and naked slant of the mainstream media against her.

The polls that had showed Barack Obama well ahead of Clinton were not so much wrong as misleading -- or at least badly interpreted by journalists too eager to write Clinton's political obituary. In fact, the polls correctly measured Obama's share of the vote. What happened during the contest's last few days was that the undecided broke for Clinton, and the question is why.

Without depriving her and her campaign team of any credit they deserve for her late revival, it seems quite possible that all the cheap shots and hate bombs finally backfired on Clinton's aggressive adversaries in the media.

Does anyone still doubt that many of the most influential members of the national press corps dislike Hillary Clinton and treat her accordingly? Bias is far too mild a term to describe the bullying she has endured on cable television as well as in print. Indeed, prejudice against her is evidently so ingrained in the culture of the political media by now that the most inflamed commentators and journalists no longer feel constrained to conceal their emotions in the name of objectivity. During the current primary season, the disparity in her treatment compared with that of her rivals -- especially the indulgent and even adoring coverage of Obama -- became simply too obvious to ignore.

When Washington Post media critic Howard Kurtz finally devoted a column to the subject last month, Mark Halperin of Time told him that "the press's flaws -- wild swings, accentuating the negative -- are magnified 50 times when it comes to her. It's not a level playing field." Dana Milbank, Kurtz's colleague at the Washington Post, went even further in his confession. "The press will savage her no matter what, pretty much," Milbank said on CNN's "Reliable Sources." "There's no question they have their knives out for her."

Did voters take notice of this appalling phenomenon? More likely they have grown accustomed to the nastiness and pettiness of powerful anchors and columnists as a kind of background noise. But over the past several weeks, with Clinton seeming to slip and flounder amid the groundswell of enthusiasm for Obama, there came a crescendo of full-throated glee from the campaign press corps. Among journalists there, the intensity of schadenfreude over the stumbling of the Clinton camp, according to one observer in New Hampshire, was verging on "sadism."

Then came the famous moment when Clinton's eyes welled up as she answered a woman's question about how she copes with the constant pressure of her candidacy.

The scoffing reaction of the press to her display of emotion, and in particular the dismissal by certain male commentators, may well have sparked a backlash among the women voters who provided Clinton's small margin over Obama in New Hampshire. Perhaps they just didn't like seeing her get beaten up again -- and if so, they had an immediate opportunity to protest.

Certainly, in retrospect, the press did Clinton an enormous favor by emphasizing the imminence of her demise solely on the basis of those late polls. Pushing the narrative toward their desired conclusion, they unintentionally transformed her narrow win into a miraculous and historic resurrection.

Late on primary night, retired NBC anchor Tom Brokaw gently scolded the press during an interview with Chris Matthews, the "Hardball" host who has never made a secret of his antipathy toward the Clintons. Brokaw warned his hotheaded host against "making judgments before the polls have closed and trying to stampede and affect the process."

To those of us who have observed the relationship between the American media and the Clintons over the past 15 years, that conflict is an old story. The angry Clinton haters in the press corps suffer from the same flat learning curve as Wile E. Coyote. They don't understand why their Acme arsenal never quite does the job, and instead often leaves them with grimy faces and aching heads. They can't quite accept the fact that their own credibility is so compromised, compared with that of a woman they consider dishonest, inauthentic and, worst of all, mean to them.

The sad likelihood is that many in the press corps will remain deaf to Brokaw's sage advice, unable to exercise professional restraint and fairness toward her. Such was the tone of Maureen Dowd in Wednesday's column on the New Hampshire results, which recounted an extraordinary scene of her New York Times colleagues fuming and cackling as they watched the "misty" moment on a TV screen. Suffused with rage and disappointment, Dowd sounded as if she is losing control of herself.

Whatever the voters ultimately decide about Clinton and her candidacy, she can take solace in this week's moment of vindication. No such thing can be said about the press, however, whose self-examination should extend well beyond the accuracy of its polls -- but won't.