Is there a doctor in the mouse?

Arrogant doctors criticize their patients who go online to research ailments. But they're wrong. The best health sites are a boon to patients and doctors alike. 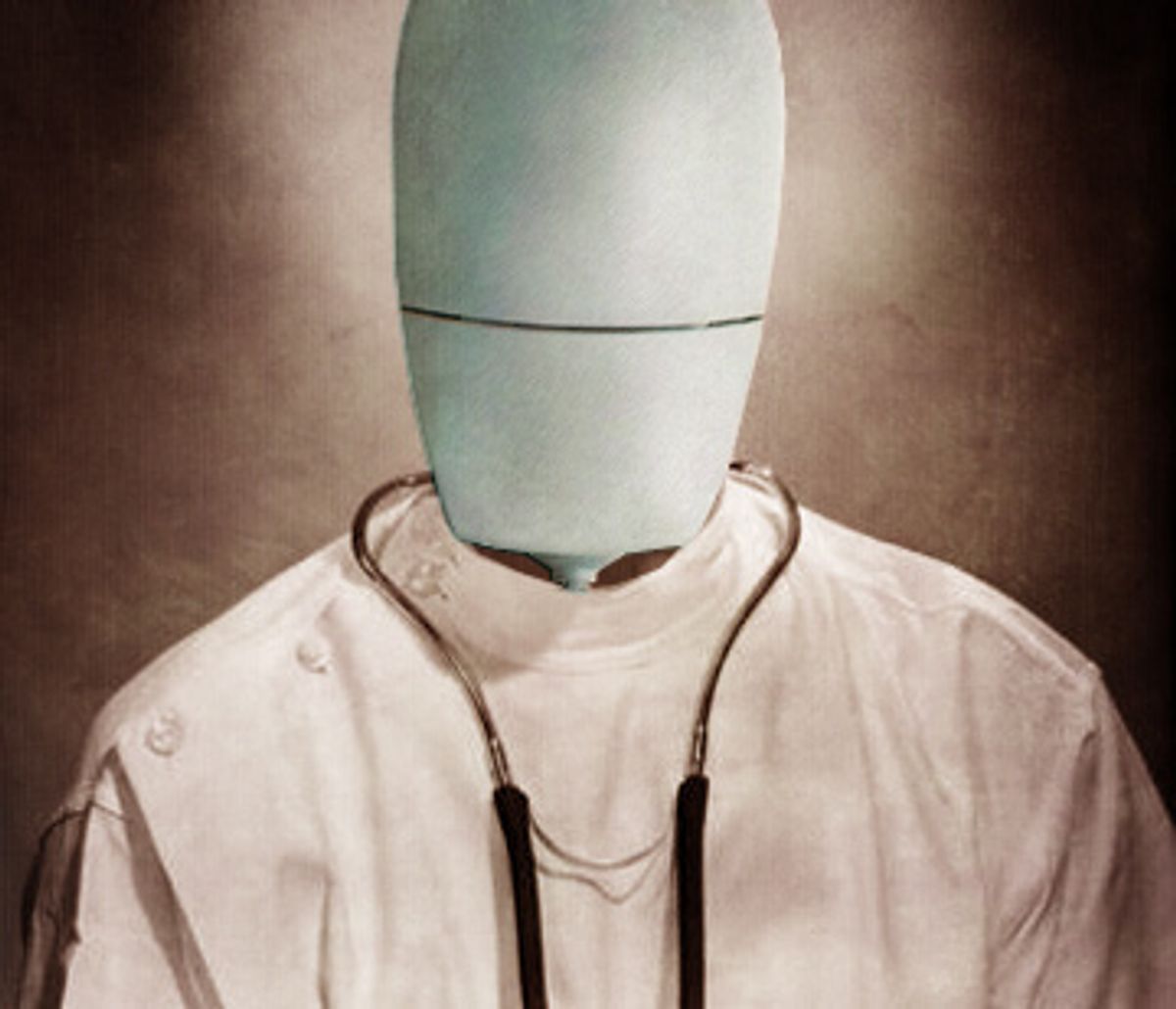 In November, Time magazine's medical writer, Dr. Scott Haig, wrote an article, "When the Patient Is a Googler," in which he described a frustrating experience with a patient who had chronic knee pain. Even before he met the woman, Susan, in person, he was frustrated with her because she was Googling information as he talked to her over the phone. Things got worse when she came to his office and told him she had researched his medical background and qualifications, and had read a paper he'd published. "I was unnerved by how she brandished her information, too personal and just too rude on our first meeting," he wrote. He proceeded to call her the "queen, perhaps, of all Googlers," a class of patients he referred to as "brainsuckers."

The problem with Haig's article, other than petulance, is that he's ignoring every single Internet trend in healthcare over the past decade. The medical establishment, in fact, has taken way too much time to understand that the Internet is a disruptive innovation that has overturned the status quo. It has leveled the playing field between expert and novice -- in this case, doctor and patient. While some doctors like Haig may find that challenge threatening to their status as an expert, the Web is now providing the kind of information doctors need to be aware of if we want to continue to be good at our job, and the kind of trends that can help patients be smarter and healthier.

According to a 2006 study of online health searches by the Pew Research Center, eight of 10 Internet users, up to 113 million Americans, have gone online looking for health information on behalf of themselves or a loved one. For those with a chronic problem, like Susan, that number rises. People with chronic medical problems are more avid users of the Web and state that their online searches affect treatment decisions, their interactions with doctors, and their ability to cope with their condition. That's not something that any doctor can dismiss.

Haig is absolutely right when he says, "There's so much information (as well as misinformation) in medicine -- and, yes, a lot of it can be Googled -- that one major responsibility of an expert is to know what to ignore." However, in refusing to treat Susan, Haig doesn't seem to have any interest in being that kind of expert. His attitude reflects many doctors' angst about the Internet. A 2004 study showed that almost two-thirds of patients would like to have Internet information provided to them by their doctor. In contrast, a 2001 study of doctors showed that barely half of them encouraged their patients to go online (although the trend has been increasing over time), and 80 percent actually warned them against doing so.

In one regard, this is simply bad business. Pew tells us that patients either fire doctors unwilling to help them with the Web or keep going online without telling them. More important, when patients do venture online themselves, they can sink into a swamp of outdated medical studies, confront a lot of misinformation, and risk creating a rift in the doctor-patient relationship.

Just ask those of us who are pediatricians. The theory that vaccines cause autism first came onto the scene in the late '90s, just as people were going online en masse. We weren't paying much attention until parents started to refuse vaccines. When we looked, we realized that many parents were exposed to story after story on autism Web sites and in chat rooms about the dangers of vaccines. That echo chamber of opinion became a reality despite our best efforts to prove otherwise. Now we're left with a lingering conspiracy theory that vaccines cause autism, even though the best, unbiased evidence says otherwise.

Would things have been different if we had engaged our patients from the get-go by providing them with alternative Web sites, scrutinizing and rebutting anti-vaccine "science," or posting studies demonstrating vaccine safety in the public domain? I would answer, emphatically, yes.

Today, there are many accurate, high-quality health sites, and doctors should make it a standard practice to recommend them to each and every patient. Besides reducing the randomness of a Web search, this can reinforce a physician's advice during a visit, which is especially helpful, as studies show that patients typically remember no more than half of what their doctor tells them.

Over the past few years, Internet entrepreneurs have realized the vast potential of healthcare information. One example is Organized Wisdom, a search engine for medical issues. What gives it an edge over general search engines like Google and Yahoo is that its content is vetted by health professionals. If you type "autism" into Organized Wisdom, you'll receive an organized set of links to reliable sites that allow you to look at the symptoms of autism, potential treatments, research studies, and support groups. If you do the same using Google, the first site you'll see is Autism.org. If you click the link, you'll be taken to a page sponsored by groups preaching that vaccines are unsafe and favoring "alternative" treatments that are untested and potentially dangerous.

Other good sites are linked to academic centers like the renowned Mayo Clinic, private groups like Kaiser Permanente (full disclosure: I'm a Kaiser doctor), and the government's Healthfinder. These sites feature accurate, up-to-date information that is regularly reviewed and updated. The emergence of personal health records like Microsoft's HealthVault has also been beneficial. They allow individuals to store their medical information online and keep it accessible through the usual barrage of job, doctor and insurance changes. All of these ventures, in addition to being potentially lucrative for their creators, help to educate patients. These newer sites have joined traditional health sites like WebMD, long a staple of good health information and news.

But doctors need to know about them so that along with a prescription for a medication or lab test, they can give patients a prescription for information that informs, empowers and helps patients be smarter and healthier. Patients who, prior to a visit, consult information online can better share in the decision-making process with their doctor. Afterward, they can go online to find information that reinforces their decision or introduces them to viable alternatives.

So maybe instead of being sour, Dr. Haig should consider learning a thing or two about Web health himself. I think it'll only make him a better doctor.