Ice Cube and Tracy Morgan aim to uplift in this slapdash comedy about a couple of small-time crooks. 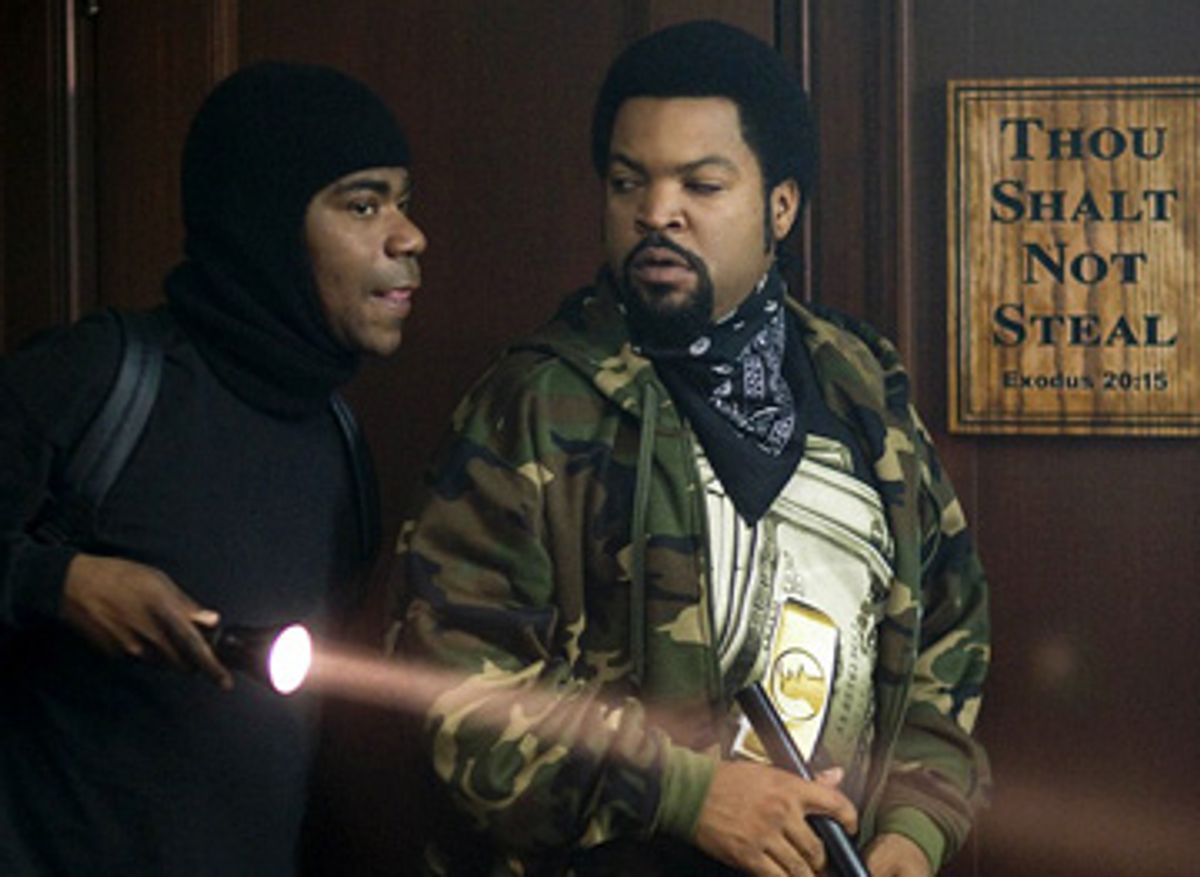 There's something a little, if not greatly, insulting about the way slapdash comedies like "First Sunday" are sold. The thinking seems to be that black audiences will flock to see any old thing that showcases black stars -- in this case, Ice Cube, Katt Williams, Loretta Devine and the disarmingly weird Tracy Morgan. But "First Sunday" is simply a case of wasting gifted performers on material that feels slapped together and unshaped. The movie is an obvious bid to cash in on the "Friday" franchise, which began, in 1995, with F. Gary Gray's "Friday" and was followed by two other pictures made by different directors. All three of those pictures, like this one, starred Ice Cube. (Cube was also a producer on those films, as he is on "First Sunday.")

But not even Cube, often a terrific actor and always a warm and engaging one, is a magic bullet, and his presence in "First Sunday" doesn't count for much. "First Sunday" was written and directed by David E. Talbert (it's his feature debut), who has written numerous plays as well as a TV special for Jamie Foxx. The movie is designed to be uplifting and inspirational, but everything about it is tired and listless. It doesn't so much make you feel the spirit as drain it out of you.

Cube and Morgan play petty crooks who decide to rob a church for what could be characterized as a nominally good reason: Cube's estranged girlfriend (Regina Hall) is about to move the couple's kid to another state, which means Cube, who can't cross state lines without violating parole, won't be able to see him. She has a $17,000 debt she can't pay, which spurs Cube, with the help of his hapless sidekick, to steal the church's money.

But Cube and Morgan have virtually no chemistry; at times they barely seem to be in the same movie. Cube glowers and scowls through most of the picture, before he finally, and predictably, sees the light. Morgan has a few decent bits -- including one in which he's freaked out by a creepy print of "white Jesus," whose eyes, he claims, are following him around the room -- but Talbert doesn't know what to do with the actor's strange and mesmerizing underwater-ballet comic timing. (Maybe nobody, aside from the mad geniuses over at "30 Rock," knows what to do with Morgan's timing, but if you've got him in your movie, it's your job to figure it out.)

The picture is packed with unfunny bits that barely qualify as bits: The gags are so limp that they give even extraordinarily likable actors, like Devine, nothing to cling to. Williams, as the church choir director, gets the best lines -- he works indignation as if it were a dapper suit of clothing. (In a courtroom scene, when a nerdy white prosecutor calls the assembled group a bunch of miscreants, he responds huffily, "Miscreants? We are African-Americans!") Mostly, though, the only laughs to be had here are tepid and measured ones. By the end of "First Sunday" -- at which point several semi-bad characters have been redeemed in the eyes of the Lord -- we're supposed to feel uplifted and energized, buoyed by the movie's positive message. The magic holy water didn't work on me: I left the theater thinking that if this is the best material we have to offer these actors, then surely we're all doomed.