The appalling fact that innocents have been locked up and abused at the U.S. prison for six long years is not the only reason we must close it now. 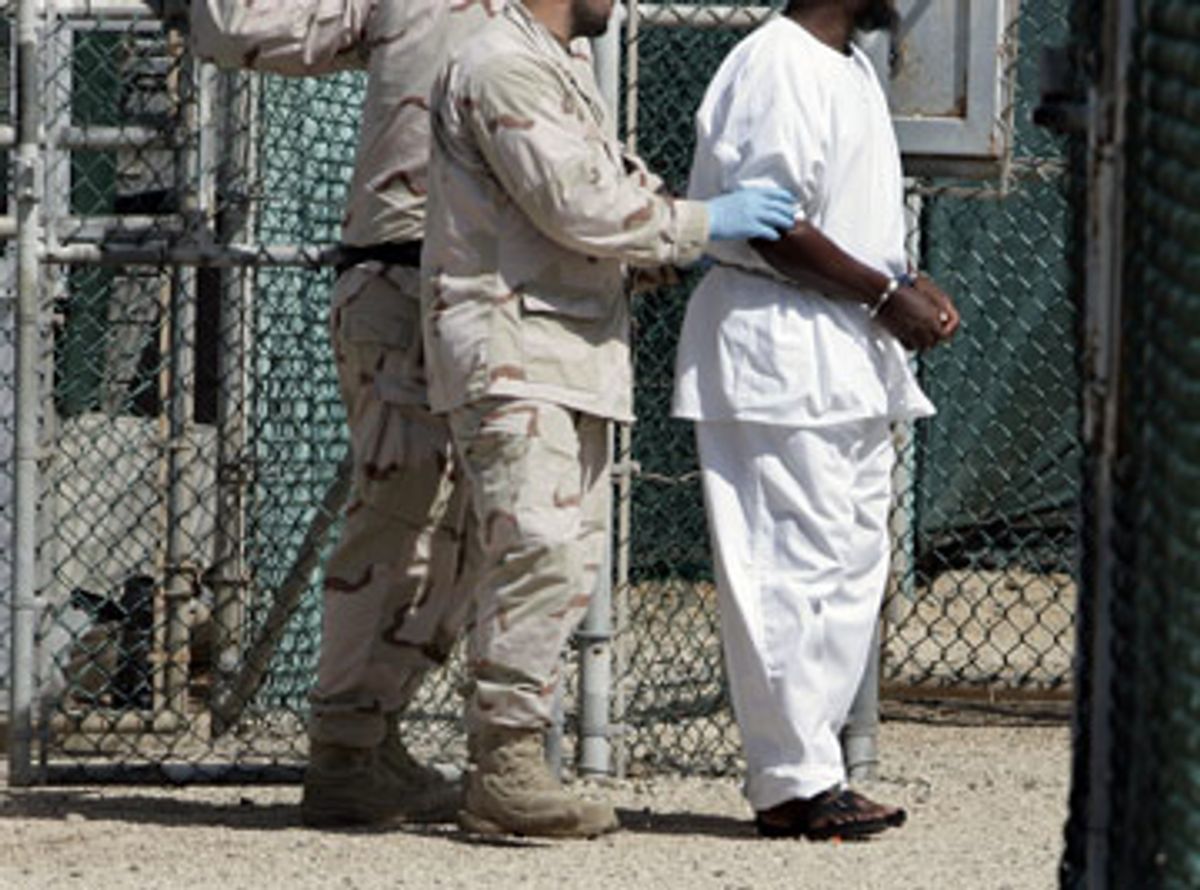 Today, America's Guantánamo era enters its seventh shameful year. If we are ever to regain our standing as a nation committed to the rule of law and fundamental human rights, we must close the detention facility at Guantánamo Bay now, reaffirm our commitment to international treaties and our own Constitution, and either release or prosecute fairly the men who have been held so long in a legal and moral black hole.

Six long years ago, the first orange-clad, shackled and blindfolded prisoners arrived at Guantánamo's Camp X-Ray. The Bush administration's plan was to fashion Guantánamo quite literally as an island outside the law -- a place with no lawyers, no rights and, above all, no public scrutiny. The administration labeled the men imprisoned at Guantánamo "illegal enemy combatants" who were to be held until the "cessation of hostilities" in the "war on terror" -- in other words, forever. Such "quaint" notions as the Geneva Conventions and the constitutional "Great Writ" of habeas corpus were swiftly discarded because the men at Guantánamo were uniformly, in former Defense Secretary Donald Rumsfeld's words, "among the most dangerous, best trained vicious killers on the face of the earth." President Bush, somewhat more prosaically, assured the world that the Guantánamo prisoners were "bad people."

Make no mistake: There were, and are, innocent people imprisoned at Guantánamo. Brig. Gen. Jay Hood, who was Guantánamo's commander for several years, candidly acknowledged in the Wall Street Journal: "Sometimes, we just didn't get the right folks." And we now know that only a small percentage of the many hundreds of men and boys who have been held at Guantánamo were captured on a battlefield fighting against Americans; far more were sold into captivity by tribal warlords for substantial bounties.

But the appalling fact that innocent men have been imprisoned and abused at Guantánamo is not the only reason why its closure is of such urgent importance. The most profound and enduring stain of Guantánamo is its corrosive effect on America's reputation and standing, and on respect for the rule of law worldwide. Repressive regimes have cited America's example to defend their abysmal human rights practices; for instance, Malaysia's law minister insisted that his country's practice of detaining suspects without trial was "just like Guantánamo Bay." Will future enemies make the same claim to defend the detention and torture of our own men and women in uniform? Such concerns have led former Secretary of State Colin Powell and other former military officers to call for Guantánamo's closure. "Not tomorrow, but this afternoon. I'd close it," Powell has said.

In truth, Guantánamo has demolished America's moral standing because the government chose to abandon our time-tested criminal justice system. In its place, they've erected a new regime of military commissions that permits -- according to recent congressional testimony by the Pentagon general who oversees it -- evidence obtained through torture, including the brutal practice of waterboarding.

I traveled to Guantánamo Bay to witness the very first military commission proceedings in August of 2004. More than three years later, this system has produced a single conviction: a guilty plea by Australian David Hicks that resulted in a nine-month incarceration in Australia, where Hicks is now a free man. Meanwhile, several terrorism suspects who were prosecuted in U.S. courts have received lengthy prison sentences. It is small wonder that the chief prosecutor for the commissions recently resigned in disgust, disparaging the system as "deeply politicized."

There is no reason why the prison at Guantánamo Bay should remain open even one day longer. The men who are held there should either be prosecuted in fair proceedings that accord with our own values and legal traditions, or sent to their home countries or countries that will accept them as refugees where they will be safe from torture and abuse. Although long overdue, the first step in restoring the rule of law is clear -- close Guantánamo now.