McCain aide says it's all about South Carolina and Florida now. 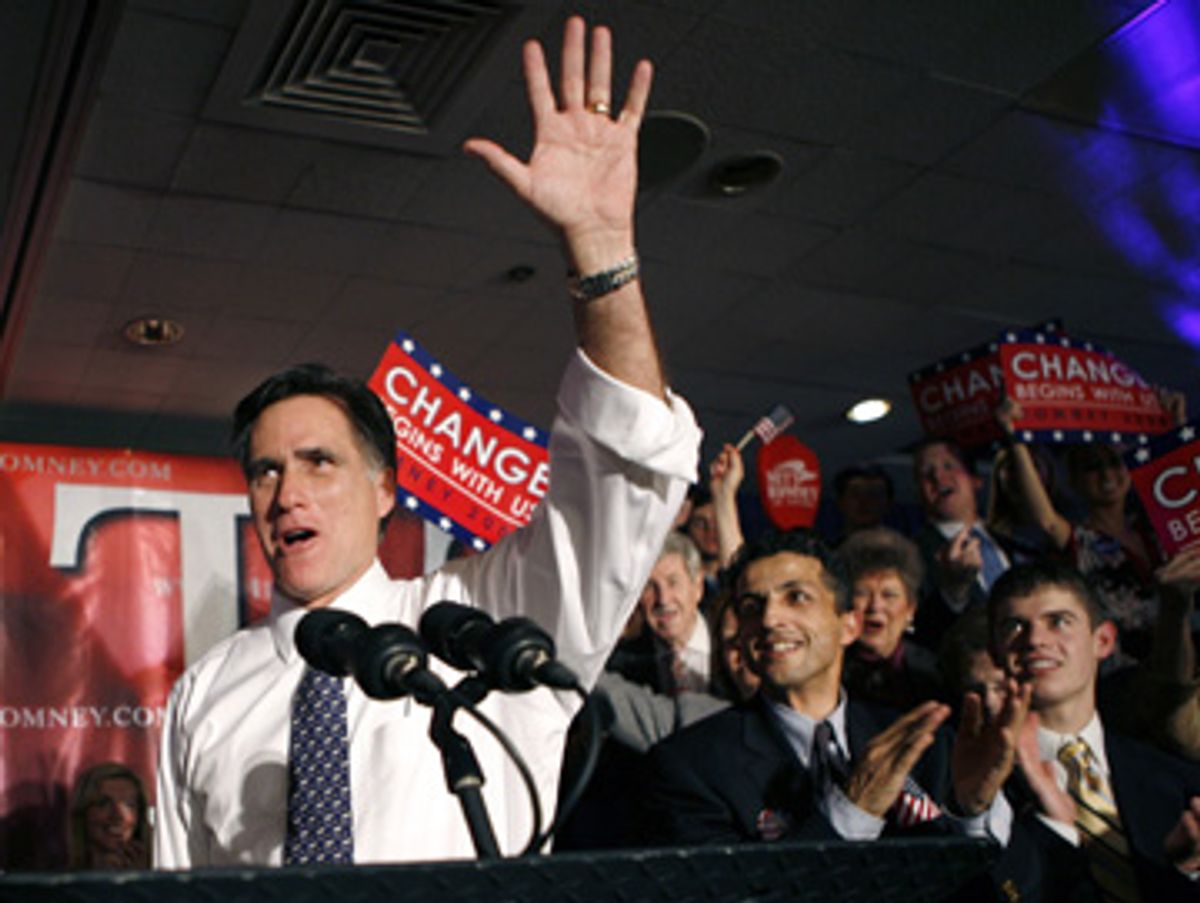 The polls have just closed in Michigan, and both Fox News and CNN are projecting that Mitt Romney has won the Republican primary there.

An advisor for John McCain, the only Republican thought to have a real shot at beating Romney in Michigan, tells the Atlantic's Marc Ambinder: "Tonight's outcome doesn't affect our game plan. John McCain has the momentum and a consistent message that's resonating in South Carolina and Florida, where we believe the nominee will be decided."

No surprise, but the networks have called Michigan's Democratic primary for Hillary Clinton, the only major Democrat on the ballot. She holds a nearly two-to-one lead over the second-place finisher, "Uncommitted."