Williams and Russert try to reignite the race battle, but the two candidates won't play along. 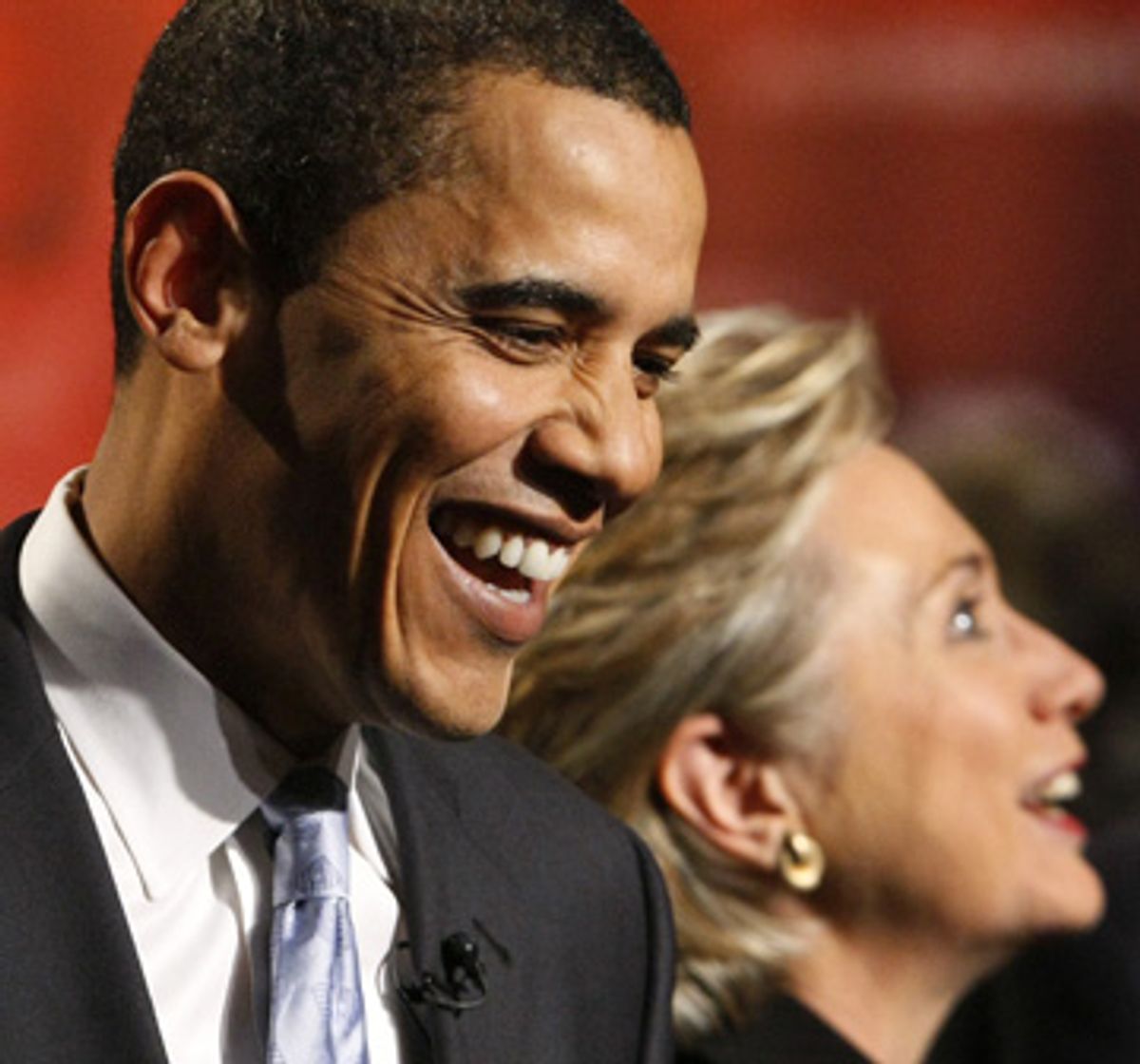 Am I a total sap? I loved the way Barack Obama, Hillary Clinton and John Edwards refused to let Brian Williams and Tim Russert reignite the race war of late.

Williams ran down the examples of racial sparring in the last week and asked "How did we get here?" Clinton dodged the opening to complain, and said, "What's most important is that Senator Obama and I agreed completely that neither race nor gender should be a factor. The three of us are here because of Dr. King," she continued, noting that "as a woman" she is also a beneficiary of the civil rights movement.

Obama was even more gracious. "Hillary said it well. We've got a nation at war, our planet is at peril, our economy is putting an enormous strain on families." Russert asked him if he regretted his South Carolina press secretary preparing a memo about Clinton's alleged racial offenses in "hindsight," and Obama jumped in: "Not only in hindsight, but going forward. It is my responsibility to make sure we're setting a clear tone in our campaign." When Russert then changed course, and asked two questions sympathetic to Obama -- did he think the Clinton campaign's racial remarks were an attempt to "marginalize" him, and did he believe New Hampshire voters snubbed him because of race -- Obama answered no quickly.

It's early in the debate, but I found Clinton and Obama's calm regret about the issue reassuring.