Eschewing the cold perfection of the literary short story, Connie Willis gushes screwball comedies, clever farces and sharp satires on a par with those of George Saunders. 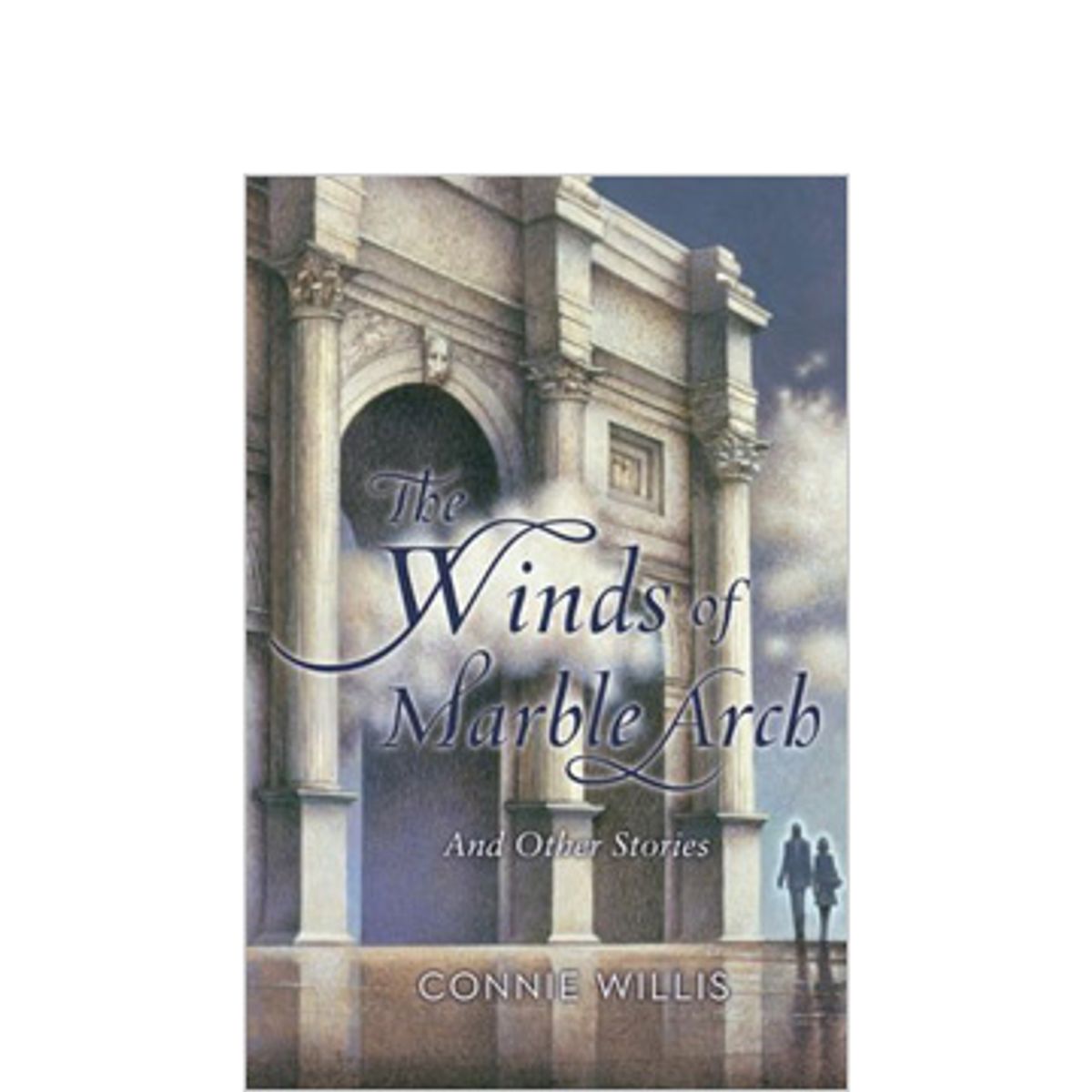 Perfection is the curse of the contemporary short story. Decades ago, the form ceased to be a type of entertainment, offered by popular magazines as an alternative to listening to the radio or writing letters on an evening at home. It has since become a discipline. Today, the literary short story must be ferociously controlled and impeccably tasteful. Its appropriate subject is the ineffable sadness of existence and the unspeakable, tender hopelessness of human connection. It is an object of contemplation, even a cipher to be decoded, because whatever the author is trying to communicate must never be made too clear; delicacy, and mood, is all. In other words, the short story has turned into the narrative version of lyric poetry.

While there's nothing wrong with this sort of story, reading a writer like Connie Willis -- a gung-ho, occasionally bumptious, inventive, full-blooded storyteller -- can remind you of how monotonous a steady diet of it can get. "The Winds of Marble Arch" -- a massive collection of Willis' stories and novellas from the past 20 years or so -- is, it must be said, a motley assortment. Some of the pieces ("Daisy, in the Sun," "All My Darling Daughters") are fierce, breathtakingly well-crafted satires on a par with George Saunders; others are screwball comedies or flirtations with sentimentality that manage, by some nimble miracle, to avoid turning treacly ("Newsletter," "Epiphany"). Still others don't really seem worth reprinting at all.

Chance and probability, amorous misadventure, the London Blitz and the absurdities of academic and corporate life are among the unusual array of subjects that captivate Willis. There are a lot of Christmas stories here, too. In "Just Like the Ones We Used to Know," a freak snowstorm, covering every square mile of the planet, rearranges several characters' lives into far more agreeable configurations. "Newsletter" is narrated by a woman whose misbegotten personal life makes the task of writing an annual letter to friends and family an agony -- until a strange virus causes everybody around her to suddenly start behaving the way people are supposed to during the holidays. (This horrifies her, but also cures her of wishing for a more newsletter-ready existence.)

More than once, reading "The Winds of Marble Arch," I thought, "This is what a romantic comedy (or a Christmas movie) would be like if romantic comedies (and Christmas movies) were allowed to be good." Some might interpret that as an insult, but only because they've lapsed into the dismal opinion that literature must be incompatible with delight and diversion. "Blued Moon," for example, describes the effect on a college town when an experimental waste treatment facility causes the astronomical effect of the title. As a result, everybody's luck is reversed; calculating bastards get busted, nice guys win out and couples are united by improbable strings of coincidences. The story is an intricate, clever farce, suffused with an unassuming charm reminiscent of Preston Sturges and Frank Capra (at his best).

"Fire Watch," a long story set during the Blitz, continues the conceit at the heart of two of Willis' best-known novels, "Doomsday Book" and "To Say Nothing of the Dog": In a future Oxford, historians are sent back in time to do fieldwork. Instead of the usual folderol about whether the time traveler will inadvertently mess up the future by changing history, the story becomes a surprisingly moving exploration of the inevitability of loss and destruction, and the imperative that we find a way to value human life in spite of both. "Even the Queen," about a family of hilariously squabbling women, is the only futuristic tale I've ever read about menstruation.

These, along with the handful of solid ghost stories ("Service for the Burial of the Dead," "Chance" and the title story -- supremely spooky but spoiled by an over-explained conclusion), add up to a truly impressive collection -- and a book shorter by a third than "The Winds of Marble Arch." The inexplicably included clunkers include a fictional tribute to the writer Jack Williamson, and the badly dated "At the Rialto" -- a parody of Hollywood that has a bewildered Middle American character in a trendy restaurant asking, "What exactly is extra-virgin olive oil?" Some of the jokier academic satires, though perhaps once biting (a teacher forced by political correctness to teach a version of "Hamlet" reduced to a couple of sentences; a paleontology department rendered nearly extinct by a faddish management consultant), are also showing their age.

It's frustrating; there's enough excellent material in "The Winds of Marble Arch" to showcase Willis as a vivid, refreshing voice, but also enough deadwood to discourage readers who aren't willing to cut her a substantial amount of slack. It's as if Willis, who apparently selected the stories for inclusion here, never bothered to reread them first -- most writers have vaguely fond feelings toward earlier works that turn out to be a lot less than dazzling when revisited later.

Of course, the diamond-hard perfection of the literary short story is largely the result of knowing what to leave out. Sometimes the writer himself can't do it. The editor Gordon Lish made Raymond Carver a name to contend with by slicing his stories down to their skeletal essence. (Carver's widow is now republishing the original versions.) If Lish got ahold of this collection, he might turn the title story into something profoundly terrifying and 10 times as good. But he would probably also excise her fiction of several of its charms, not the least of which are her deftly constructed plots; plot is an unpardonable vulgarity for literary mandarins like Lish.

Perhaps you can't open the windows without letting in a fly or two, or find a golden retriever who doesn't drool. The sloppiness evident in "The Winds of Marble Arch" may be indivisible from its unmannered enthusiasm. (Or you could just e-mail me for a list of which stories to skip.) As Joe E. Brown famously said at the end of "Some Like It Hot," a movie that shares some of Willis' own farcical sensibility: Nobody's perfect.