An online game that's less fun than it looks. 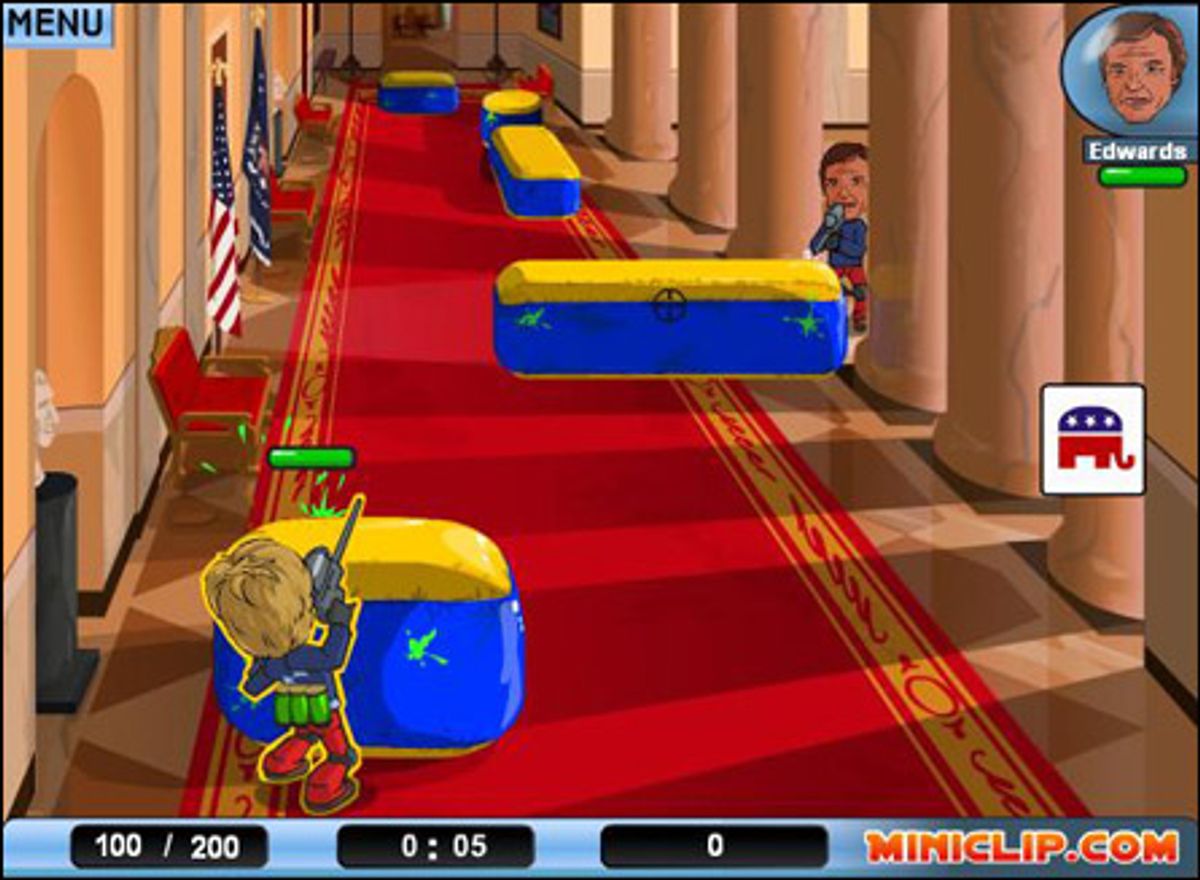 Which Democrat has the best healthcare plan? Don't ask Paul Krugman -- settle the controversy the American way: With guns!

The game's a little stupid, but hey, this blog is not above stupid, as regular readers will attest.

I picked Clinton, and was able to shoot down Edwards, Obama, and Giuliani before Romney plugged me. Damn it, Mitt, you were for gun control before you were against it, but I guess you've made up your mind.

As of this writing, Clinton is the most-picked Democratic shooter (50 percent have chosen her), while Romney is leading the Republicans.

You can play the game right here: