Misheard lyrics for an actor's name. 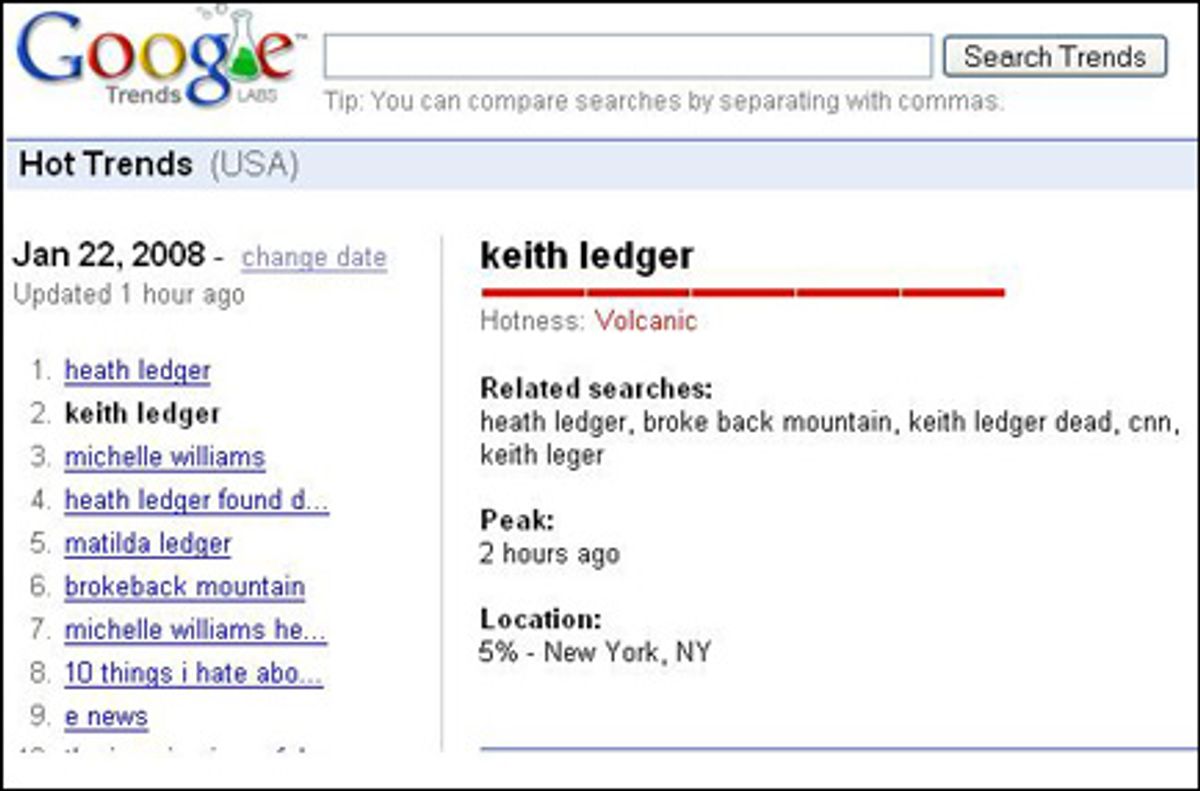 The actor Heath Ledger was found dead in a Manhattan apartment on Tuesday afternoon, and the Internet has responded in the obvious way: Ferocious Googling.

But Heath's an unusual name, and it seems a lot of people have long misheard it; as Google's Trends meter shows, many are actually looking up another personality, the notably less notable Keith Ledger.

Keith Ledger -- who is surely unrelated to Heath -- is listed in the Internet Movie Database as one of the designers of the video game "Warzone 2100."

There is virtually no other information on him online. Indeed, a lot of what one sees on Google a search for Keith is really about Heath, such as this question someone put to Yahoo Answers: "I heard Keith ledger died today....from a drug overdoes? is it true?"

The clever devils over at The Huffington Post have added "keith ledger" tags to some of their stories on Heath Ledger, thereby landing high up in response to searches for the misheard word. That's thinking ahead!