Put a stake in it

Cut up to 10 percent of your electric bill simply by turning off "vampire" appliances that run all night. 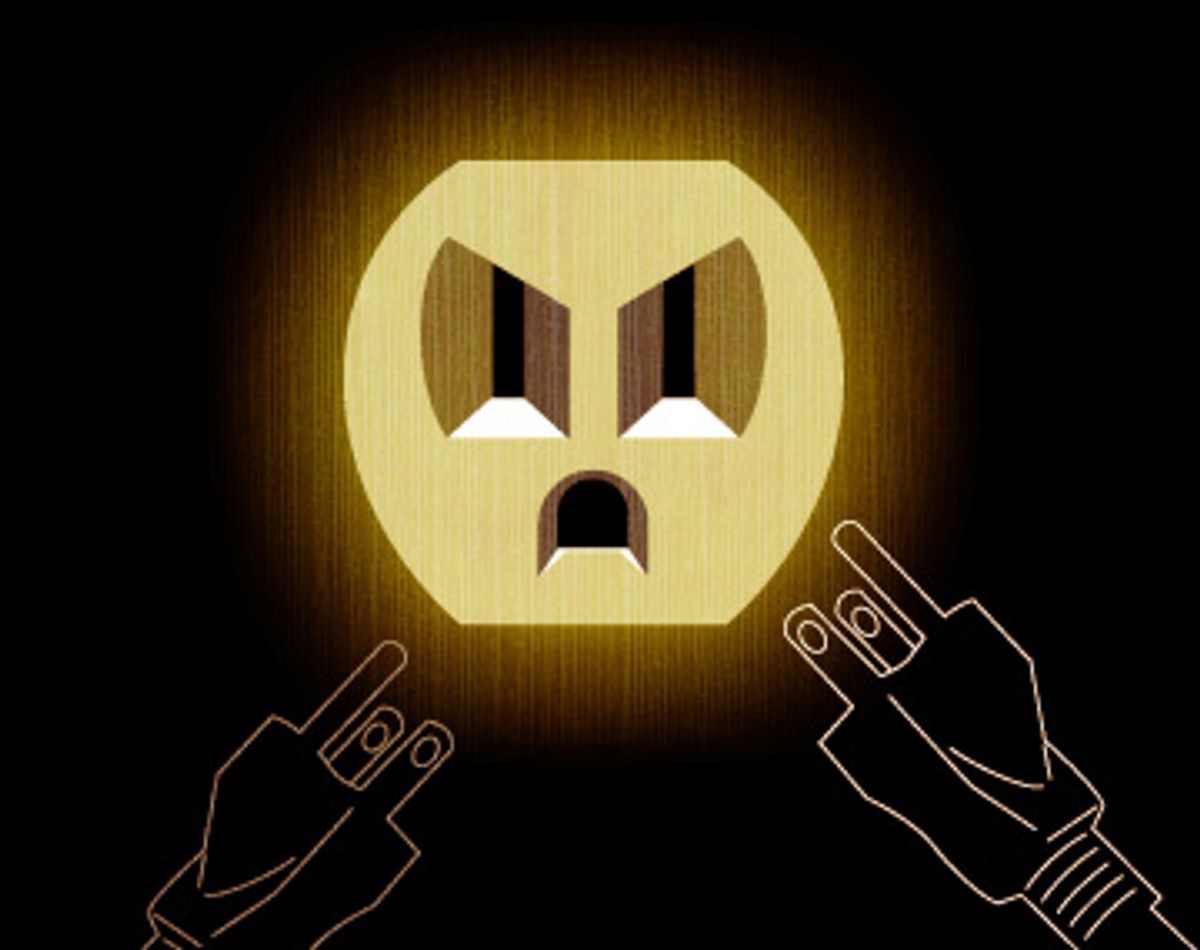 There are insomniacs in our homes that work late at night and run up the electricity bill. They are not the classically overworked American who pops melatonin or Tylenol PM. They are microwave ovens, computers and TVs. They are half of our appliances, electronic equipment and associated chargers that suck down power even when they're turned off, in sleep or standby mode. A typical house hosts around 50 such insomniacs, and though individual devices use minuscule amounts of electricity, in the aggregate they're an astonishing and pricey burden.

This "vampire energy loss" represents between 5 and 8 percent of a single family home's total electricity use per year, according to the Department of Energy. On average, that's the equivalent of one month's electricity bill. Taken across the United States, this adds up to at least 68 billion kilowatt-hours of electricity annually; that's the equivalent output of 37 typical electricity-generating power plants, costing consumers more than $7 billion. This wasted energy sends more than 97 billion pounds of carbon dioxide into the atmosphere; on a global scale, standby energy accounts for 1 percent of the world's carbon emissions, according to Alan Meier of the Lawrence Berkeley National Laboratory, based in California.

"When a consumer thinks the device is off, it should be using as little power as possible," says Meier. "But in their haste to get products onto the market, manufacturers don't make those modest design improvements, and we, the consumers, pay the price in unnecessarily high standby power use."

Luckily, there are a number of new gadgets that make it easy to thwart vampire energy loads. For places with clusters of cords like a home office or entertainment center, use a Smart Strip. By monitoring power consumption, the strip detects when computers or stereos are off and powers down, eliminating energy usage in all peripheral devices such as printers. Another option is the Isolé power strip, which uses a motion sensor to turn off six of its eight outlets if it hasn't detected anyone in the room for up to 30 minutes.

To ascertain what appliances are sucking the most power, you can buy a Kill a Watt power meter, a nifty gadget with a wall outlet that measures the watts, volts, amps and kilowatt-hours of a given device when off or on. I bought one and spent a fun-filled few days discovering the power my appliances were wasting. While my electric toothbrush and cellphone charger suck less than a kWh per day (around $5 a year), my VCR, which I seldom use, takes three times that much. I don't have a plasma TV, but if you do, it's likely using over 1,400 kWh per year (the equivalent of about $160) if plugged in but not technically "on," according to a 2005 Department of Energy report. A Federal Energy Management Program Web site supplies information about the standby power wattage of office equipment such as computers, fax machines and printers.

To measure whole-house electricity consumption, try a monitor called Energy Detective. It costs around $190 and provides cost estimates of energy use and greenhouse gas emissions. Like a scale, it doesn't help you lose weight or cut back on power. But by providing immediate feedback of how much money you are spending each day on energy, and how much you are likely to spend next month, it's a solid motivator to unplug appliances and turn off lights. Consumers who used such monitors cut back their energy use by around 5 percent, according to a July 2007 report by the American Council for an Energy-Efficient Economy.

Currently, there are no simple devices to thwart the biggest users of phantom energy in our homes -- the appliances that we unknowingly never turn off. The biggest such offenders are TV set-top boxes with a digital video recorder such as TiVo. Made without a standby mode, most models remain on even when you're not watching or recording a show, consuming up to 400 kWh per year, according to the Natural Resources Defense Council. That's enough energy to emit 0.05 tons of carbon dioxide per year (roughly the total emissions of an average citizen of Burundi), reported the New Scientist in November. While energy-efficiency advocates have been trying to get cable and satellite companies to reduce the energy use of these boxes, they've had limited success so far.

"A family with several such cable boxes may use more energy per year than to power their new refrigerator," says Noah Horowitz, a senior scientist with NRDC, based in San Francisco. "The cable or satellite company provides the box, but they don't pay the electric bill, you do. People should be calling their service provider in anger, saying there's no reason these things need to be at full power all the time."

Computer-game consoles are also often left on. Microsoft's Xbox 360 and Sony's PlayStation 3, for example, use only less than 1 watt of power when turned off, but when left on (in order to not quit an unfinished game before dinner or bedtime, for example), they use roughly 150 watts. Although the Xbox 360 does have an automatic power-down feature, it arrives disabled. Users need to dig into the menu to enable the "auto off" feature.

Finally, an easy fix for saving additional power from your TVs and computers is to reduce the brightness of your screen by half, and watch power consumption of the entire machine drop by about 30 percent. And by using computer screen savers, you're wasting as much as $100 per year. These constant displays don't save energy or prevent the display disfigurement for which they were created 15 years ago; new technology fixed that problem long ago.

A major solution to vampire energy, say experts like Meier, will arrive when manufacturers design more efficient appliances. Even so, by using power strips and maintaining vigilance about unplugging the TV and devices that get little use, we can help those insomniacs get some rest.