Britney Spears is stimulating the economy (for real)

The pop star does wonders for the media's bottom line. 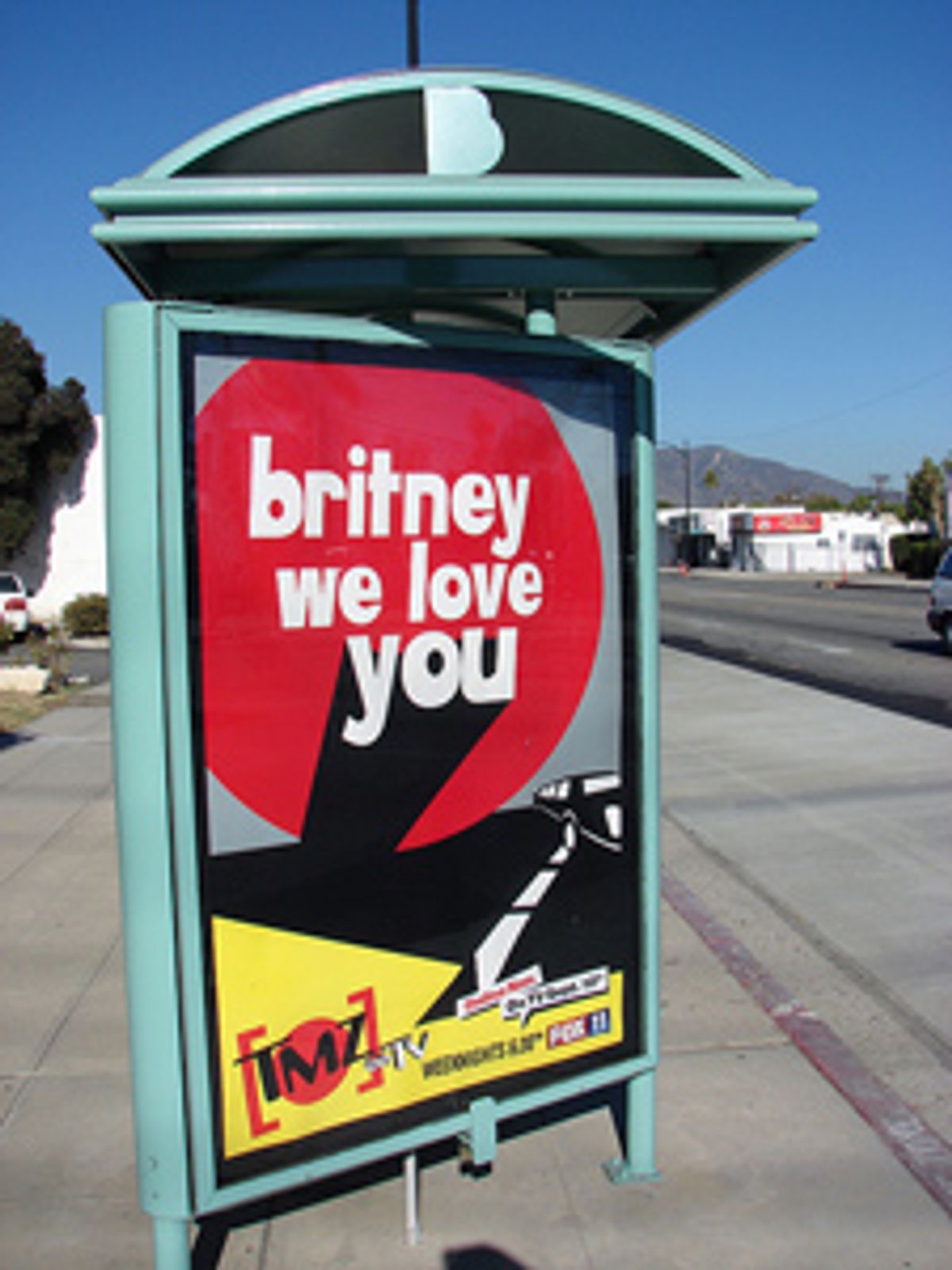 "For a growing number of people and businesses, Britney's saga is about money: Every time she sinks to new lows, cash flows. And these days, no one is above the fray."

That line's from the Associated Press, a news organization that is both explaining and providing an example of a truism in the news business, especially the Internet news business: Nothing sells like dish about Britney Spears.

Perhaps not as effective as a half-point interest-rate cut but a whole lot more fun to follow, Spears, by acting as unboundedly crazy as she does, generates obscene public interest -- which public includes you, high and mighty reader -- and as a result likely spurs a good deal more economic activity than several decades of supply-side tax cuts.

What economic activity are we talking about here? For one thing, the fortunes of TV shows, Web sites, and magazines that traffic in Britney-mania.

Ever wonder why you see throngs of photographers following Spears everywhere she goes? Because their videos and pictures -- of Britney flashing her lady parts, of her doing dumb things with her kids, of her just sitting in a car, saying silly things -- attract readers and viewers to sites like TMZ and Perez Hilton and others, which make bazillions in ads on their sites.

Working the Spears beat is, for paparazzi, akin to landing at Goldman Sachs in New York, or Google in Silicon Valley: The money's limitless.

The AP says shots of ordinary celebrities will get a photographer less than $1000 each; for an exclusive picture of Spears you can get $10,000, and tens of thousands more in residuals earned each time the picture runs.

To get an idea of Spears' popularity, check out a graph of Google searches for several gossipy celebs. Paris Hilton's jail saga gave her a boost last spring, but in recent months Spears has been blowing rivals out of the water.

The lower panel in the picture above measures news volume -- the number of news stories about these celebs. There again, Spears far outranks the others.

The AP says that US Weekly magazine has put Spears on two-thirds of its covers during the past year (including every one of the past 14 issues). People magazine has had Spears on its cover 10 times in the last 15 months.

News outlets are clearly responding to demand here, and the obsession is paying off. For instance the upstart OK! magazine, which has had Spears on its cover 54 times in the 103 issues it's published, saw its ad revenue more than double in 2007.

The only entity close to the Britney saga not making a whole lot of money from the antics is Spears herself. Sure, she does well enough -- court papers put her earnings at $700,000 a month, much of it from music sales and side projects like her line of perfume -- buts she no longer does any lucrative product-promotion gigs (as she once did for Pepsi).

For the record: This blog's best-viewed page of all time was a Sept. 11, 2007, post called "Finding the Britney Spears VMA video online."