Polls are closed in the eastern part of the state, and the press scuttlebutt has John McCain leading exit polls, barely. 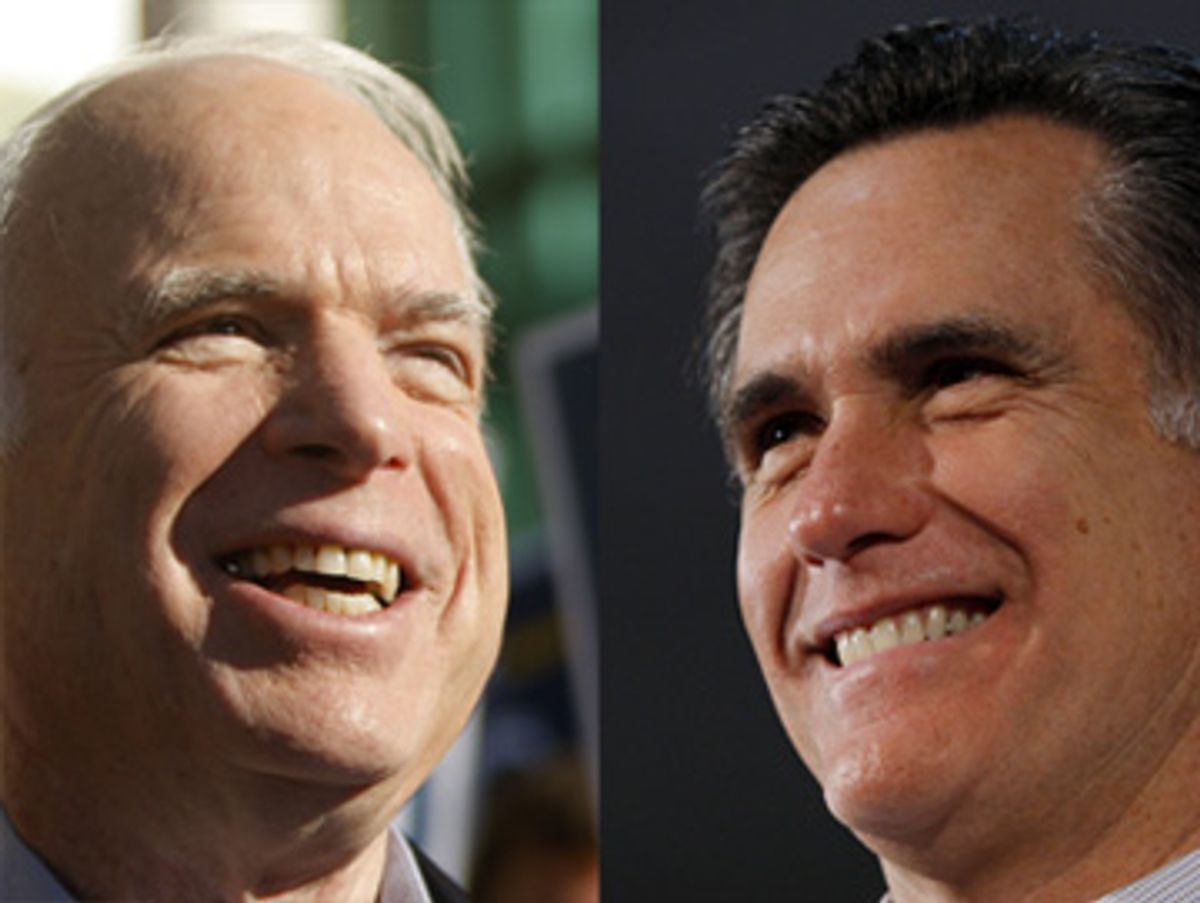 Take this with several tons of salt, especially as polls in the western part of the state will be open for another hour: There's some early news about what exit polls are saying will happen in Florida's primary, at least on the Republican side. Matt Drudge has posted some results. He has Ariz. Sen. John McCain in first place with 34.3 percent and former Mass. Gov. Mitt Romney barely behind at 32.6 percent. Rudy Giuliani and Mike Huckabee trail badly, with 15.3 percent and 12 percent, respectively.

And yes, we know, it's Drudge, but for what it's worth, this about fits with what we'd been hearing in press buzz. Again, though, these numbers are still early, and they shouldn't be taken as gospel yet.