Take heed, Apple: The iPhone wants to be free

Efforts to keep the iPhone locked to AT&T are clearly not working very well. 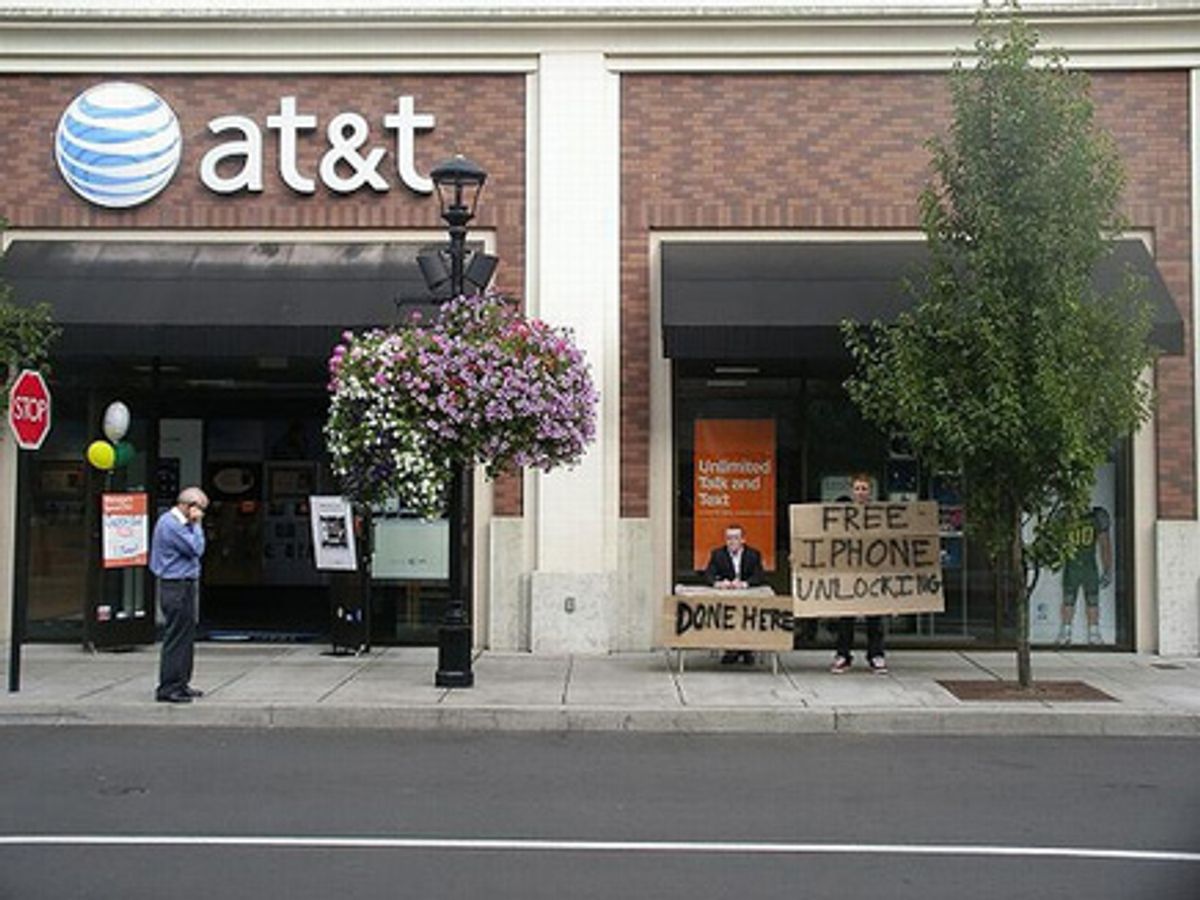 CNet's Tom Krazit takes a long look today at the issue of iPhone unlocking -- specifically, Apple's apparent inability to keep its phone locked to AT&T, from which it gets a handsome bit of service-plan revenue.

Krazit picks up on the story of the "missing iPhones" that's been buzzing around the tech world for a few days. Apple says it sold 3.75 million iPhones by year-end 2007, but AT&T has recorded only 2 million iPhone subscribers. So where did the rest of the iPhones go? And, of particularly worry for Apple, is there extra, unsold inventory floating about somewhere?

Not really. About 350,000 of the phones, according to analysts, have been sold through Apple's European carrier partners. The rest of them -- 1.35 million iPhones, a huge number -- look to have been unlocked.

That is, despite Apple's coming down hard on the practice of jiggering with your iPhone -- it made changes to the phone that made unlocking it through a software patch impossible (so far), and it limited to two the number of iPhones you can buy (and required credit cards for the transaction) -- people are still breaking their phones away from AT&T.

Does this hurt Apple? You could argue that it doesn't really. It sells more phones this way -- because it captures AT&T's customers as well as some of T-Mobile's (the other U.S. network that an unlocked iPhone can work on), and it gets access to customers of cell carriers around the world.

Krazit suggests, though, that the AT&T may balk. "Apple is said to have a five-year exclusive deal with AT&T for iPhone distribution in the U.S., and if unlocking is rampant, AT&T's going to start wondering why they are giving Apple so much money on the revenue earned from locked phones when so many are going unlocked," he writes.

Apple could offer us a deal: Buy a phone locked to AT&T for $399, and, as a bonus with your two-year contract, you get special AT&T-only features like "visual voicemail." Or, buy an unlocked phone from Apple for $700; the higher price will offset some (or maybe all?) of the revenue Apple will lose as a result of your not signing up with AT&T.

Because what other choice does Apple have? There's a hokey scene in "Jurassic Park" in which Jeff Goldblum's character, upon finding evidence that the dinosaurs are reproducing despite crazy scientists' attempts to stop them, grandly declares, "Life finds a way."

That's maybe too dramatic a spin to put on the efforts of hackers to unlock the iPhone, but the sentiment applies: Apple's crazy engineers keep trying new ways to jail the iPhone, but coders will find a way.

I did a short video on this for Current TV: