Other candidates have yet to confirm. 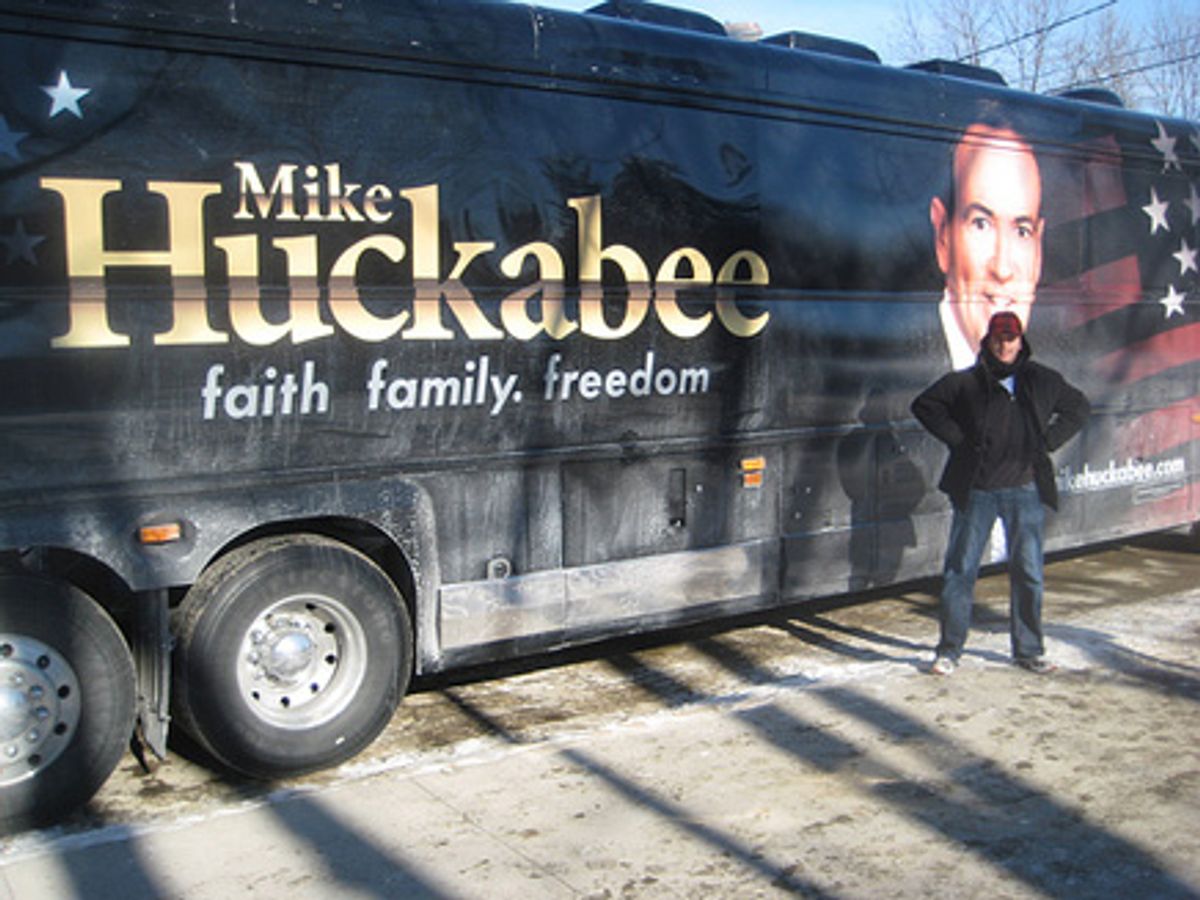 Hey look, the election's coming to the Intertubes! MTV and MySpace have announced that on Saturday -- the Saturday before Super Amazing Tuesday, so named because Wal-Mart is having a sale -- Hillary Clinton and Mike Huckabee will be participating in a grandly interactive "dialogue" with young people.

The event is not a debate. Instead, candidates will answer questions from young people in a studio audience in New York, as well as through IM, e-mail and the Web. The event will air on MTV and can be streamed on Choose or Lose or MySpace's election page; the Associated Press will also stream it to Web sites that carry the AP's On Demand video feed (of which there are 1,800 across the land).

Why only Clinton and Huckabee? Jason Rzepka, a spokesman for MTV, told me that the network had extended invitations to other front-running candidates but has not confirmed with any others yet. (John McCain, John Edwards, and Barack Obama have participated in such dialogues during the last couple months.)

Through instant online polling members of the audience will be able to tell a candidate whether or not they like a specific answer. Mike Huckabee better be careful what he says about evolution, as there'll likely be some college kids in the audience who know about science and stuff.