It's kind of like if you ask a girl to marry you and she says she'd rather be with Voldemort. 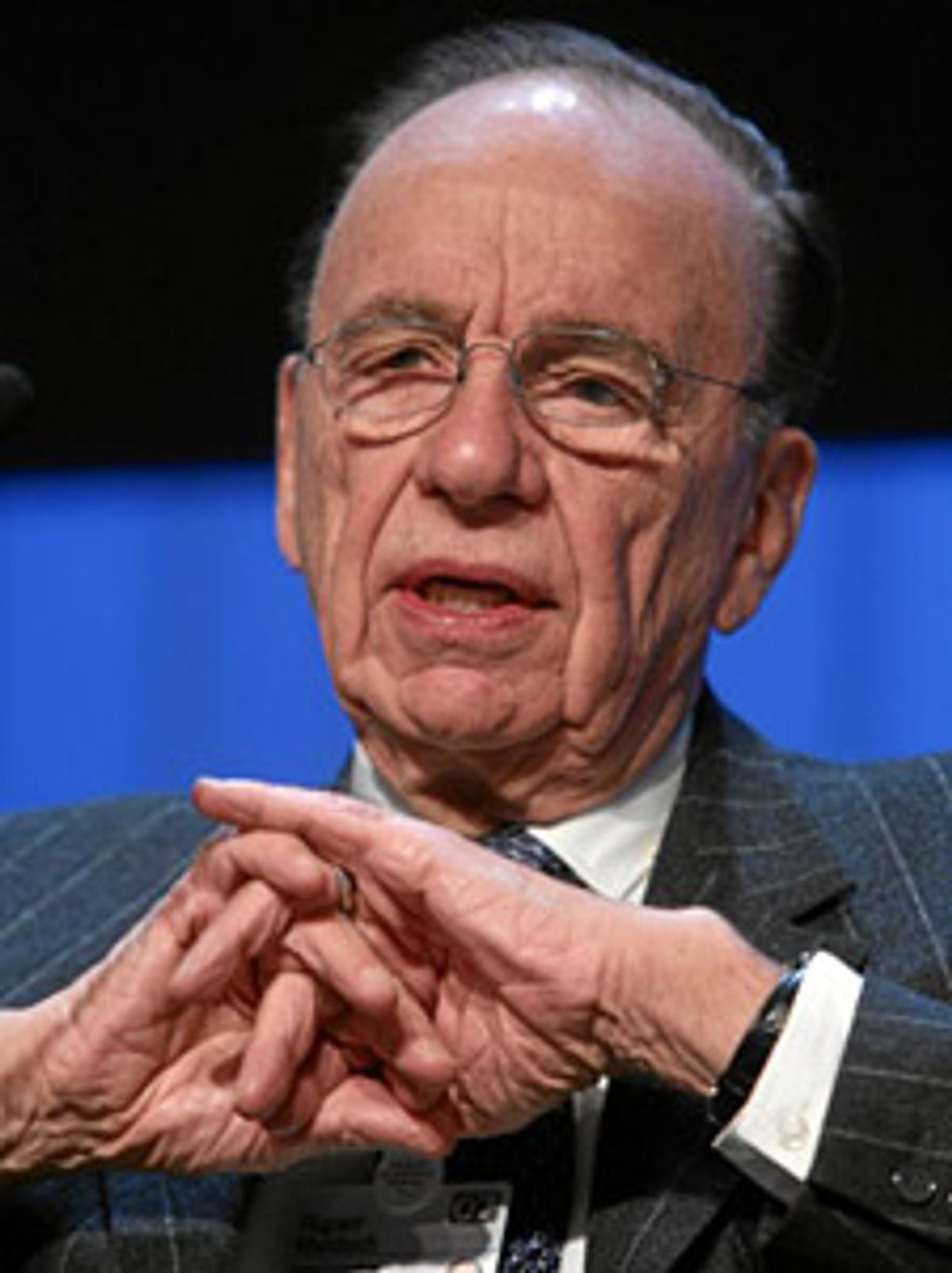 Several hours passed before the Wall Street Journal -- which Murdoch now owns -- finally reported that its boss was, in fact, working out a complex deal in which he would turn News Corp.'s Web properties over to Yahoo in return for a 20 percent stake in the company.

Such a deal would leave Murdoch's News Corp. as the largest shareholder in Yahoo, giving him substantial control over the firm. The combined company, which would include Murdoch's MySpace, would be a Web behemoth, earning 150 billion page views a month (which is still behind Google, and about what this blog does on a slow day, but still, you know, ain't too bad.)

Pause here for a second to consider the poor besieged once-great Web portal known as Yahoo: So abhorred is this firm at the prospect of being snapped up by Microsoft for a mere $44 billion that it would rather pimp itself out to genocidal tyrant Ruper Murdoch instead.

How bad must you feel if you were Microsoft? It's kind of like if you ask a girl to marry you and she says she'd rather be with Voldemort.

Prospects for the deal look dim; News Corp. insiders are saying it's unlikely to happen. Yahoo's best shot here is to create the suggestion of a rival to Microsoft, thereby forcing MS to raise its bid.

Hey, who says Rupert can't be a friend?