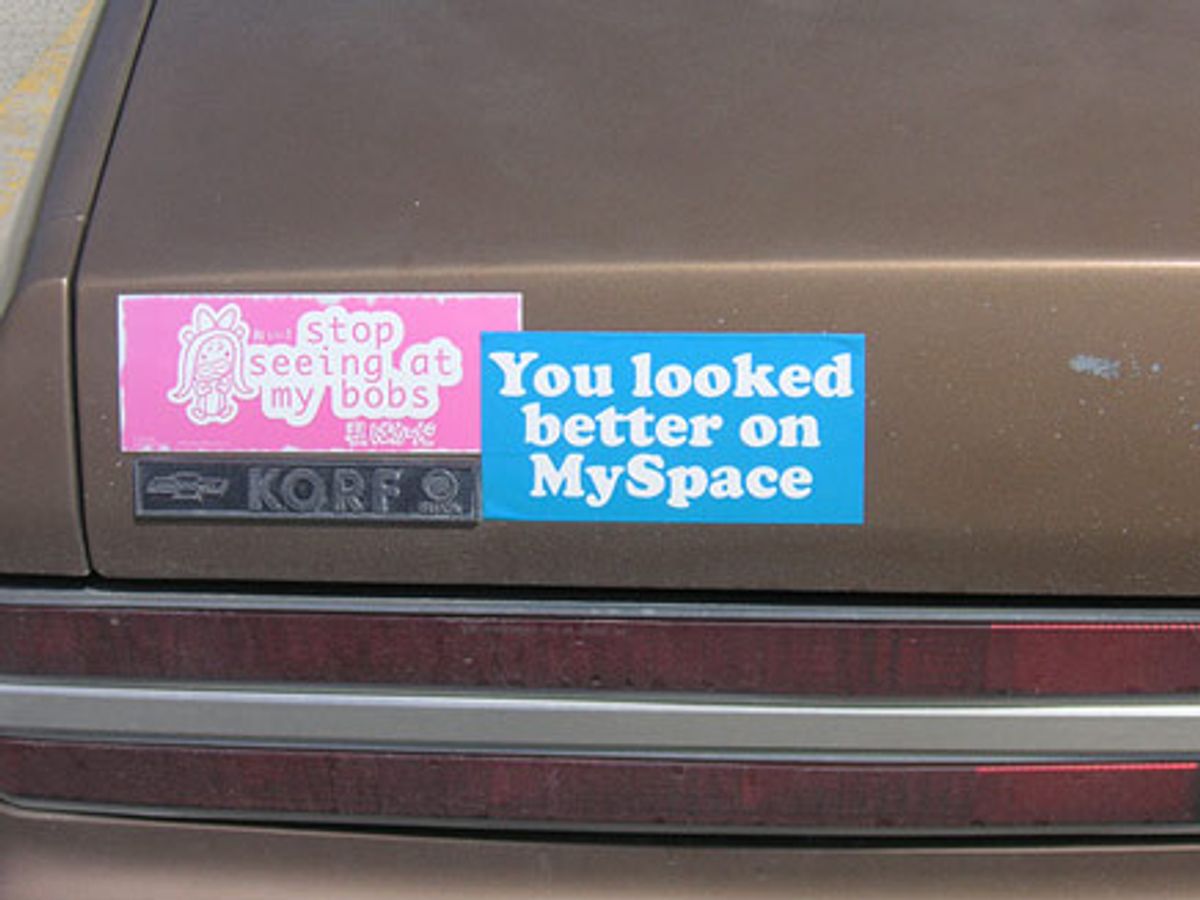 A judge in Staten Island has ruled that friending1 someone on MySpace falls under conduct prohibited by a restraining order.

In other words if you've sometimes felt that connection requests on social networking sites are a kind of stalking (especially if the same chump pings you like three times in two months; lay off, kid, despite what she says I am not your father!), you're right.

The case involves Melisa Fernino, a 16-year-old who was accused, last year, of making violent threats against a 43-year-old woman who had dated Fernino's father (the victim's name, as well as the names of her two daughters, who were also allegedly pursued by Fernino, have not been released).

In response to the accusations, a judge ordered Fernino not to contact the woman and her daughters, reports the Staten Island Advance.

Did Fernino obey the judge? Not wholly. She sent the woman a MySpace request to become friends.

The woman was justifiably creeped out and complained to the judge. On Wednesday, he ruled that even though recipients of a MySpace friend request are given the choice to accept or deny it, the message is still a form of contact.

This is some serious business, folks: If you're being stalked by someone online, get a restraining order, and if the jerk tries to friend you, complain.