A look at what might happen in Wisconsin's primary Tuesday night. 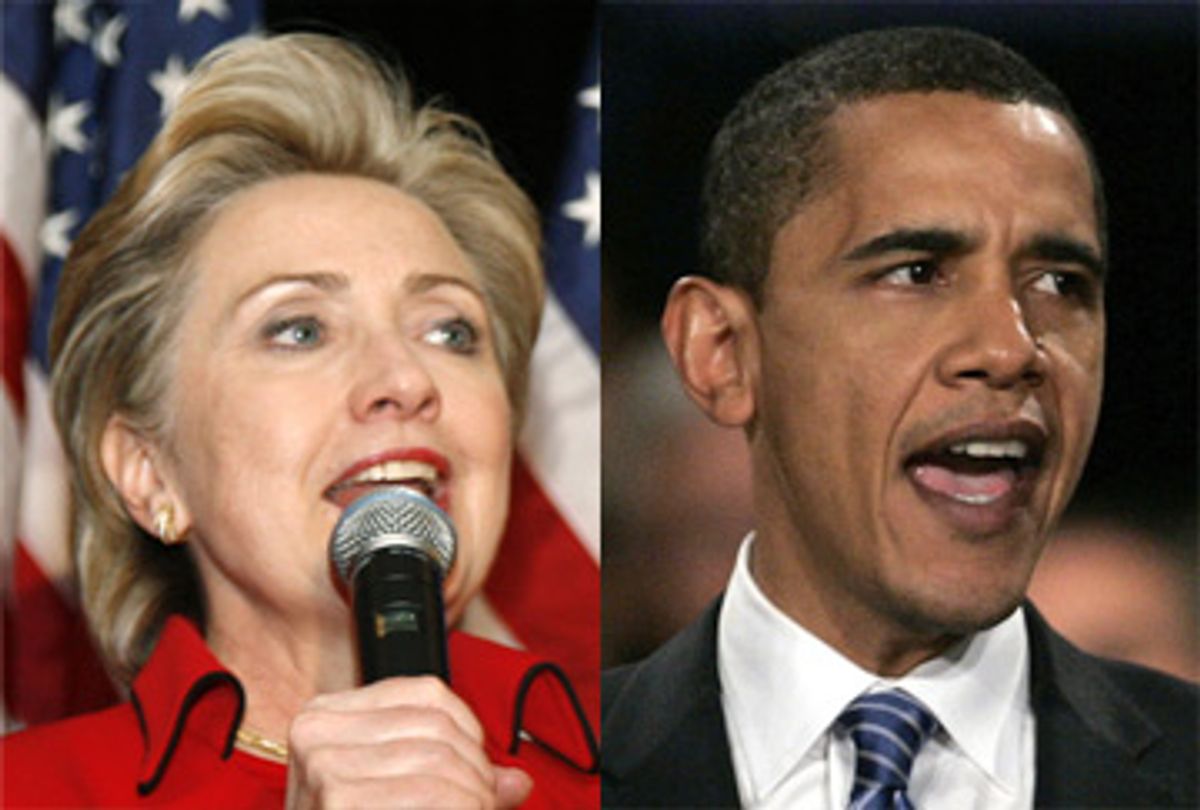 It's still very early to be predicting results out of the Wisconsin primary -- polls there don't close until 9 p.m. EST -- but some preliminary exit poll results are already out. Remember that this is very early, and lots of things could change, but these numbers look pretty positive for Barack Obama, who has been favored to take the state.

To be totally honest, the very first results we saw, which showed high turnout in demographics that typically favor Hillary Clinton -- women, whites and those without a college degree -- made us wonder for a moment if perhaps there might be a surprise in the offing. More detailed results seem to indicate the opposite, however, as Obama is winning in Clinton's key demographics. Data posted by CBS News, for example, shows Obama winning among women, 51 percent to 49 percent. (According to CBS News, women have made up 57 percent of the turnout.) If that trend continues, it will be a real problem for Clinton. So will Obama's leads among those with a family income of less than $50,000 and those with some college education or an associate's degree. And the news that 72 percent of respondents said the thing they were most looking for in a candidate is someone who "can bring about change" can hardly be cheering news for the Clinton campaign.

Again, exit polls, especially this early, should hardly be considered gospel. But that's what we're seeing right now. We'll be bringing you coverage of the actual results later tonight.

Update: Like we said ... the exit poll results when it comes to the women's vote have now flipped, and the latest data has Clinton ahead, 51-48.