If Barack Obama borrowed from Deval Patrick, so what? Creative "borrowing" is part of speechwriting, as Kennedy knew, and as I learned while working for Jimmy Carter and Walter Mondale. 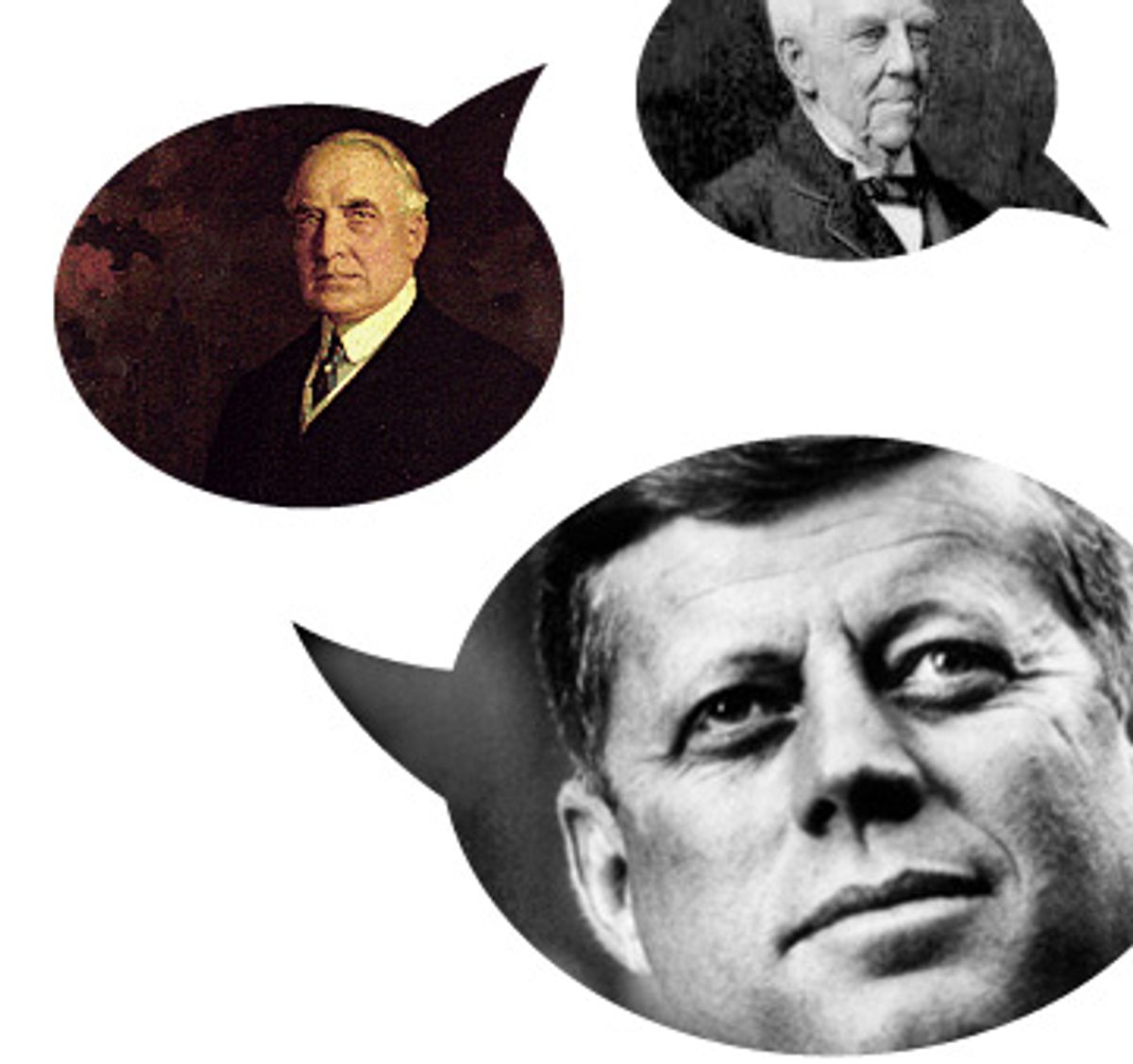 I know exactly how Massachusetts Gov. Deval Patrick felt on seeing his words from their author's womb unfairly ripped by Barack Obama.

I've been feeling the same way ever since the presidential campaign of 1984, when I wrote this for Walter Mondale: "In Reagan's America, a rising tide lifts all yachts." Mr. Mondale lost every state but Minnesota, but my line lived on. Through the years it has been stolen by the best -- Molly Ivins, Ralph Nader, Joseph Stiglitz, Warren Buffett, Doonesbury -- and always without credit.

Do I feel used? Cheated? No, I feel the same way I did in 1988 when the media went into snit mode on discovering that Joe Biden -- the horror, the horror! -- had failed to footnote a line or two he lifted from a British politician. I just feel indifferent.

The awful truth is that speechwriters have a secret, unwritten code. In obedience to it, the first thing we do on finding ourselves in the White House is to rummage through the papers of past presidents in search of things to pilfer.

Here's one such thing, from Warren G. Harding's keynote address at the 1916 Republican Convention: "We must have a citizenship less concerned about what the government can do for it, and more anxious about what it can do for the nation."

With the subtraction of a few syllables and the addition of a soupçon of affectation ("Ask not?"), Harding's piffle could be and was recycled for John F. Kennedy's inaugural address -- just as Harding himself had swiped it from a speech Oliver Wendell Holmes gave in 1884. Nor was Holmes likely to have been the first to come up with the general idea, which after all basically reduces to nothing more than, "Don't expect me to do everything around this house, young lady."

And nor was I the first to come up with that business about rising yachts. I can't find any earlier evidence of it on the Internet, but that means nothing. All us monkeys pounding on all those typewriters for all those years? Somebody wrote it before.

Virtually all writing is plagiarism anyway, whether the writer knows it or not. Very few ideas, except out at the cutting edge of science, have not occurred to somebody before and been written down in one form or other. The only function remaining for the writer is to repeat in today's idiom what has already been written, somewhat differently, for readers in the past. This is particularly true in political prose, which tends to be light on facts and innocent of all but a few childish ideas.

To criticize a politician for plagiarizing, then, is no more sensible than to criticize a fish for swimming. It is what both animals are designed to do. The only sensible criticism would focus on how effectively political speech does the job for which it is intended. How skillfully does the politician mix and administer the small dose of simplistic placebos that the patient is considered able to handle?

For instance, this draft language for a speech was written in 1860 by the incoming secretary of state, William Henry Seward. Note that it is entirely free of meaning:

"The mystic chords which, proceeding from so many battlefields and so many patriotic graves, pass through all the hearts and all hearths in this broad continent of ours, will yet again harmonize in their ancient music when breathed upon by the guardian angel of the nation."

Seward's boss repurposed this into:

"The mystic chords of memory, stretching from every battlefield and patriot grave to every living heart and hearthstone all over this broad land, will yet swell the chorus of the Union when again touched, as surely they will be, by the better angels of our nature."

This is equally free of meaning, but goes a considerable way toward explaining why Seward was the incoming secretary of state and Lincoln was the incoming president. It ain't what you say but how you say it.

And that is why the Clinton camp has found itself reduced to rolling out the pop gun of plagiarism at this difficult point in the campaign. They have no other artillery.

But as somebody or other may have more or less said somewhere else, Obama probably has nothing to fear from smear itself.

Jerome Doolittle is a novelist, journalist and blogger, and a former speechwriter for President Jimmy Carter.