Yahoo's site is a little less raucous than Digg, as the stories come from pre-approved sites (including Salon). 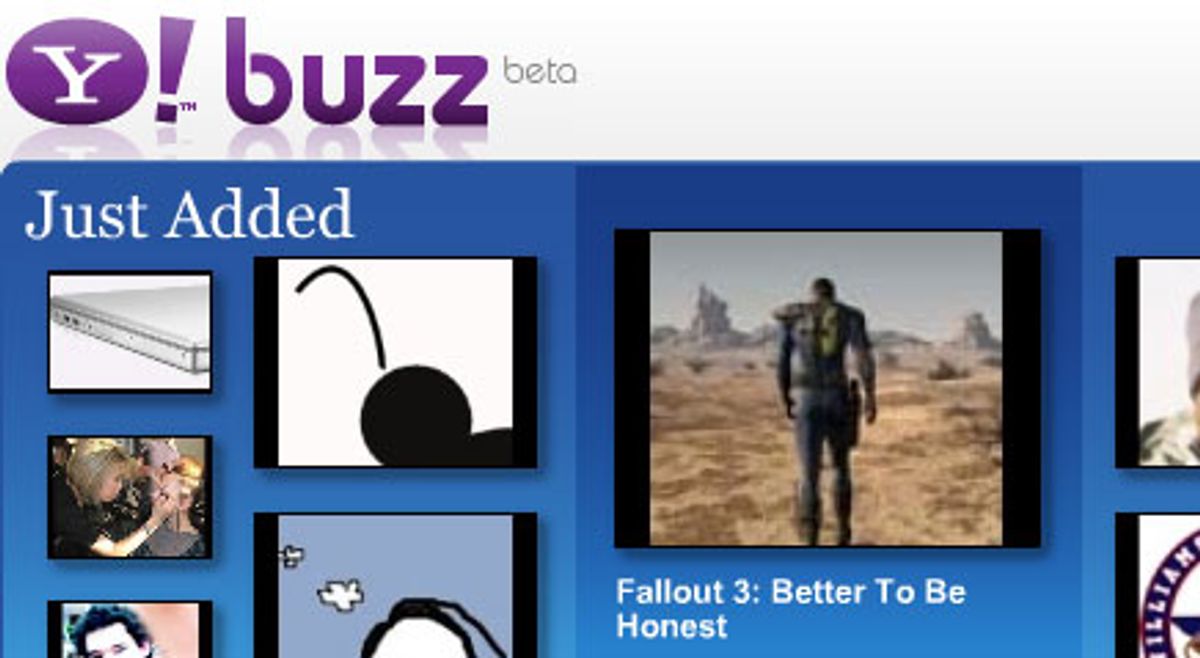 Today you'll notice a Buzz button showing up at the end of my posts, as well as on other stories across Salon and the Web. The button lets you vote on the story in Yahoo Buzz, Yahoo's new community-news site.

The site works much like Digg or Reddit, which give readers the chance to submit and rate stories they like, with the highest-rated stories often getting boatloads of referral traffic.

Unlike Digg, Buzz does not let people submit just any stories from across the Web. Instead, Buzz is seeded with articles and videos from about 100 pre-selected news sites and blogs, among them Wired.com, Forbes, Time, The Huffington Post, Boing Boing, Portfolio, and Salon.

In addition to people's votes, Yahoo also considers feedback from its own search engine to determine a story's Buzz score.

For publishers, getting a high Buzz score could be even more valuable, traffic-wise, than getting lots of Diggs. That's because Yahoo puts the Buzziest stories on its front page, which is one of the most-visited sites on the Web.

Wired says that when one of its stories got to Yahoo's front page recently, it received 2 million clicks in a two-hour span.

In its press release, a Yahoo VP calls Buzz "a good example of how we are continuing to innovate." But with the vultures at the door, is this innovative enough?