Everyone looks up "epater," "perspicacious," and "erudite." 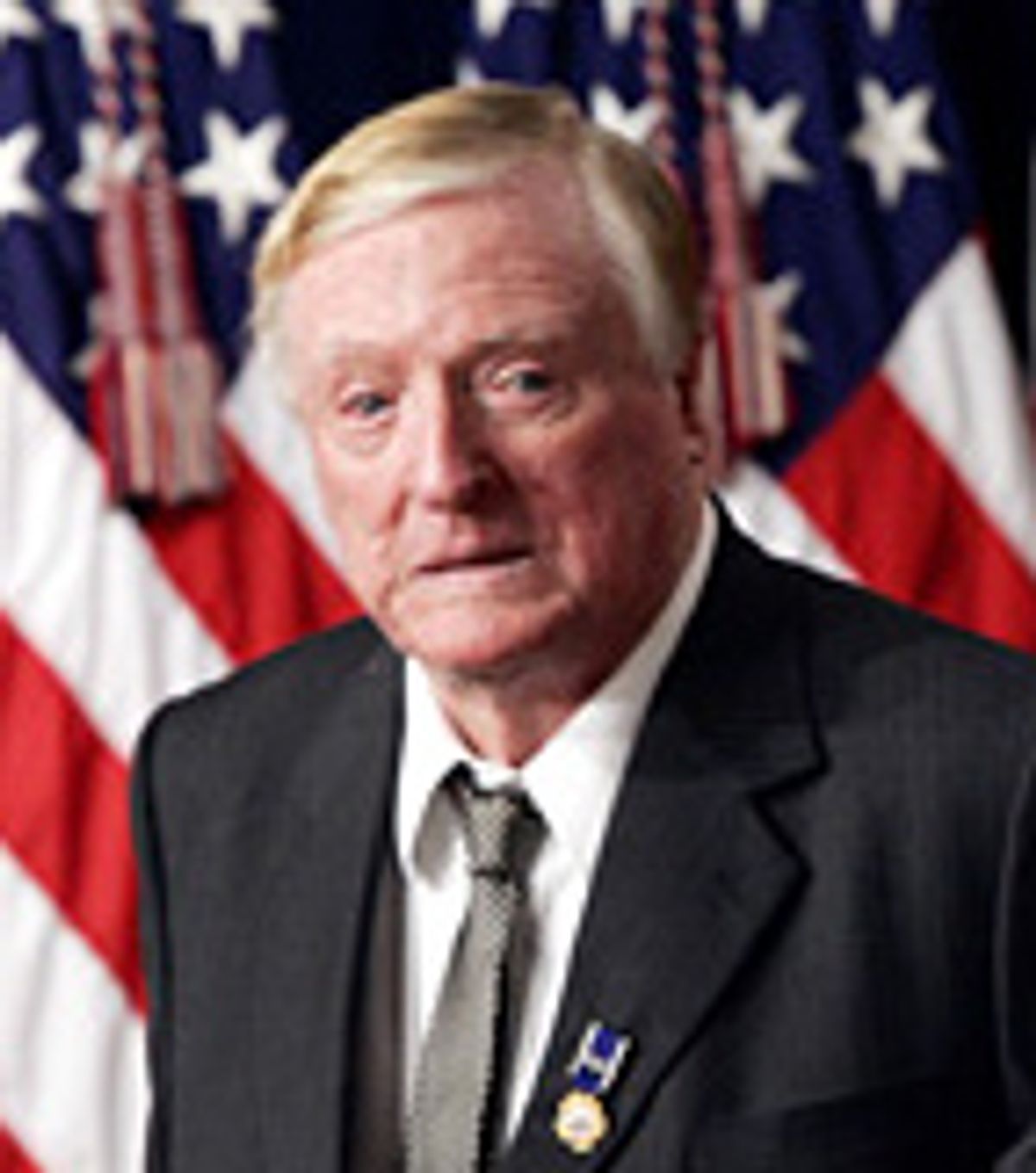 Say what you like about William F. Buckley -- and please, say it to yourself; this is a family Web site -- the man was inarguably, interminably, unassailably, sometimes biliously, quite frequently trenchantly, and a lot of times artfully erudite.

And not just erudite, but showily so; here was a man who wouldn't settle for a five-letter English word when a ten-letter French one would do.

It's not so shocking, then, that Buckley's death today sent folks on the Web searching not just for news on him, but also for definitions of the big, strange, foreign, puzzling words that clung to him perhaps even more firmly than conservative dogma.

For starters, "perspicacious," an adjective which means "having or showing penetrating mental discernment; clear-sighted."

The New York Times' Douglas Martin used the word in his flashy lead for Buckley's obit:

"Perspicacious" must have tripped people up, because there it is at No. 25 on Google Trends' list of today's "hottest" searched words.

Even higher -- at No. 10 on Google Trends -- one finds this curious word, "epater." Turns out that's a French word, which is properly rendered with an accent -- "épater" -- and is best-known as part of a popular phrase favored by 19th-century Decadent poets, "épater le bourgeois," meaning to "to shock the middle classes."

"Épater" connects to Buckley through the late liberal historian Arthur Schlesinger, Jr., whom the Associated Press quotes, in its obit, as saying he admired Buckley for his "wit, his passion for the harpsichord, his human decency, even for his compulsion to épater the liberals."

Buckley's death even got people looking up "erudite" -- it's at No. 64 in Google Hot Trends.

Buckley was not shy about his big words, mind you. In 1986, he wrote an essay for the New York Times -- headline, "I Am Lapidary But Not Eristic When I Use Big Words," which nearly beats "Headless Body in Topless Bar" -- in which he tried to explain his outré vocabularistic tendencies.

In other words, big words helped Buckley put on a kind of performance:

[J]ust as the discriminating ear greets gladly the C augmented 11th when just the right harmonic moment has come for it, so the fastidious eye encounters happily the word that says exactly what the writer wished not only said but conveyed, the writer here defined as a performing writer sensitive to cadence, variety, marksmanship, accent, nuance and drama. What of the reader who misses the refinement? Well, what of the listener deaf to the special reach of the C augmented 11th?

Buckley also had this advice for those of us who couldn't puzzle out his words: Look them up.

He was writing before Google, of course, back when looking things up was a chore (which is why, to Buckley's annoyance, newspaper editors sometimes footnoted his articles with definitions).

But that's no longer the case. The meaning of "erudite," "Épater," "perspicacious," "À outrance," "eristic," or "lapidary" is now only a Web search away.

The world's never been safer for wordy show-offs.