In this modern-day fairy tale, Christina Ricci, wearing a prosthetic pig snout, proves she's nothing to snort at. 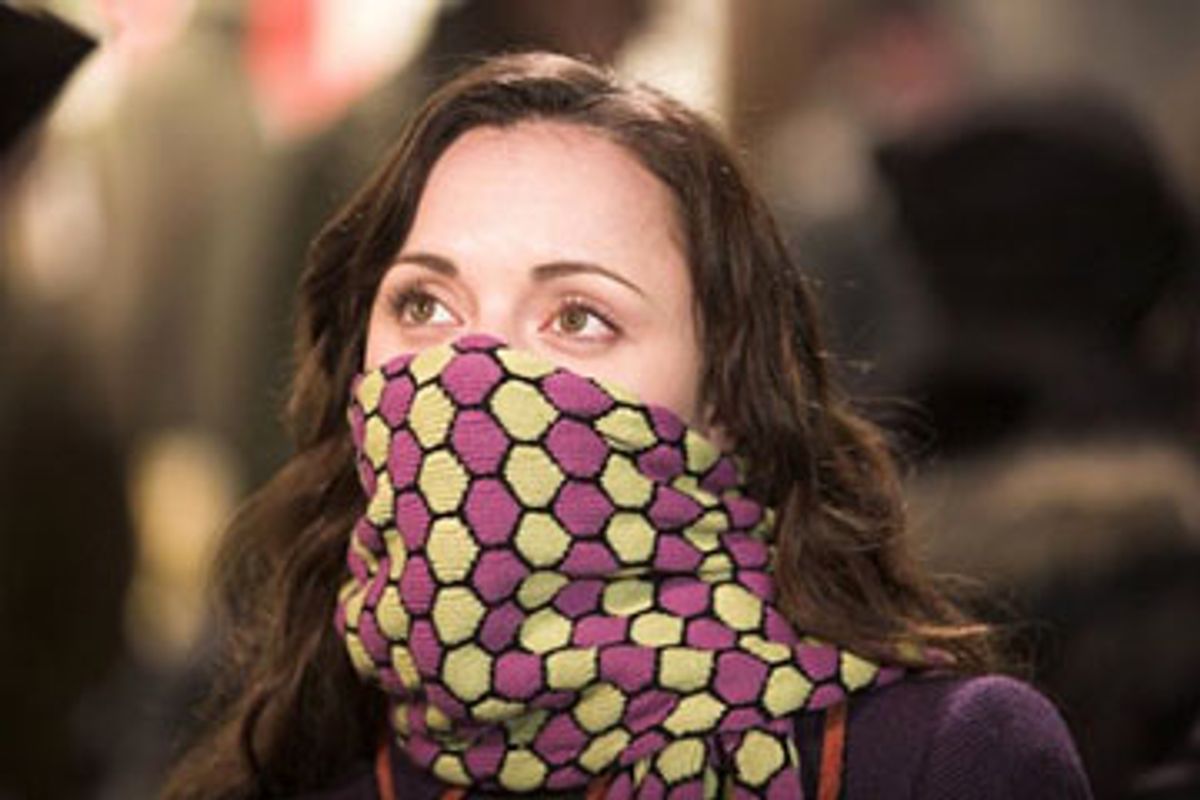 The most inspired element of Mark Palansky's modern-day fairy tale "Penelope" is the vision of Christina Ricci in a prosthetic pig snout. Her character, the Penelope of the title, is a sort-of princess born into an aristocratic family, a bright and engaging young woman who has everything going for her -- except for the fact that, as the result of a decades-old curse on her clan, she was born with the broad, flat upturned nose of a piglet.

The plot hinges on the way Penelope's mother, Jessica (Catherine O'Hara), has become preoccupied with breaking the curse: For that to happen, Penelope needs to meet someone who will love her genuinely and faithfully, snout and all. So Jessica vigorously devotes her life -- with the zeal she might normally devote to the garden club or local charity events -- to finding the ideal mate for her daughter, foisting one upper-crust suitor after another upon the poor girl, all of whom flee when they see what she looks like.

That's a fine enough idea for a fairy-tale romance. But "Penelope" -- which is Palansky's feature debut, and was produced by Reese Witherspoon, who also appears in a small, amusing role -- is too heavy on applied charm and too flimsy when it comes to plot. The picture has a hapless, meandering quality that's tolerable at first but ultimately becomes maddening, as if it were a cartoon narrative recounted by a distracted 4-year-old. (The script is by Leslie Caveny.) This is an undeniably sweet-tempered picture: Its ultimate message is "Love yourself as you are," and who can argue with that? Plus, it's all about loving others regardless of what they look like, a universally acceptable message if ever there was one.

But it takes Palansky too long to get around to wrangling with even these relatively simple points. The picture is cluttered with subplots and superfluous characters (one of whom is a bitter newshound played by Peter Dinklage). And Penelope's chief love interest, a seemingly aimless young charmer named Max (played by the almost unreasonably appealing James McAvoy), drifts in and out of the movie far too casually -- the movie could use more scenes like the one in which he and Penelope play chess in the library of the ridiculously lavish Wilhern estate. (The picture was shot largely in London, but it takes place in a mythical Victorian-mod universe.) Penelope, at that point, is hidden behind a two-way mirror, so she can see Max but he can't see her: She watches his moves and ridicules them mercilessly and affectionately. Amused and intrigued by this mysterious, unseen girl, Max roguishly argues back -- the banter between the two and their immediate connection cut to the heart of the movie, and yet they feel like something of an afterthought.

But "Penelope" does offer some slender pleasures. It's shot by Michel Amatheieu (with production and costume design by Amanda AcArthur and Jill Taylor, respectively) in a palette of creamy-vivid patisserie colors, with liberal dashes of Tim Burton-style whimsy. When Penelope finally ventures from the family home, where her mother has virtually imprisoned her, she does so in a flared purple coat piped in red, a mosaic knit scarf wrapped nearly up to her eyelashes: She's a Dickensian orphan girl by way of Anthropologie.

But back to that pig snout: One of the problems with "Penelope" is that Ricci is so damned adorable in that prosthetic nose that it's hard to become invested in her efforts to lose it. Of course, that's one of the ideas behind the movie -- Penelope needs to accept herself for who she is. But she's so confident (albeit lonely, thanks to the way her mother has kept her locked up) that when she finally does express that acceptance, the revelation is so obvious that it's just tinny.

Ricci, with those expressive saucer eyes and that slightly mistrustful smile, is an exceedingly charming actress. But she's also a more daring one than she's often given credit for. It's interesting to see which actresses generally get applauded for how versatile they are -- the laurels usually go to the likes of Tilda Swinton, for her miraculous ability to summon armpit sweat at will one minute and play an ice queen the next, or to Nicole Kidman for the fact that she's as comfortable re-creating a '60s-sitcom TV witch as she is playing a drab English genius.

Ricci is too cute to earn the kinds of accolades those actresses do, but I'd argue that she's unafraid to make even more daring choices: In last year's much-maligned and largely misunderstood Southern gothic fable "Black Snake Moan," she gave us a near-biblical vision of frailty and toughness. Here, she's playing a cursed fairy-tale princess -- easy, right? Except Ricci is so self-possessed, she unintentionally undercuts the moral of the story. She wears that false nose so naturally that it's a part of her, not just a prosthesis, and it's part of what we come to love about the character. At the end of Jean Cocteau's "Beauty and the Beast," when the "monster" becomes the blond god Jean Marais, Greta Garbo supposedly cried out -- in a quote that has also been attributed to Tallulah Bankhead and Marlene Dietrich -- "Give me back my beast!" In "Penelope," Ricci plays the beauty and the beast in one. She makes it impossible to love one without missing the other.