How drug company advertisements, doctors, pharmacies and patients intertwine to cause an overdose. 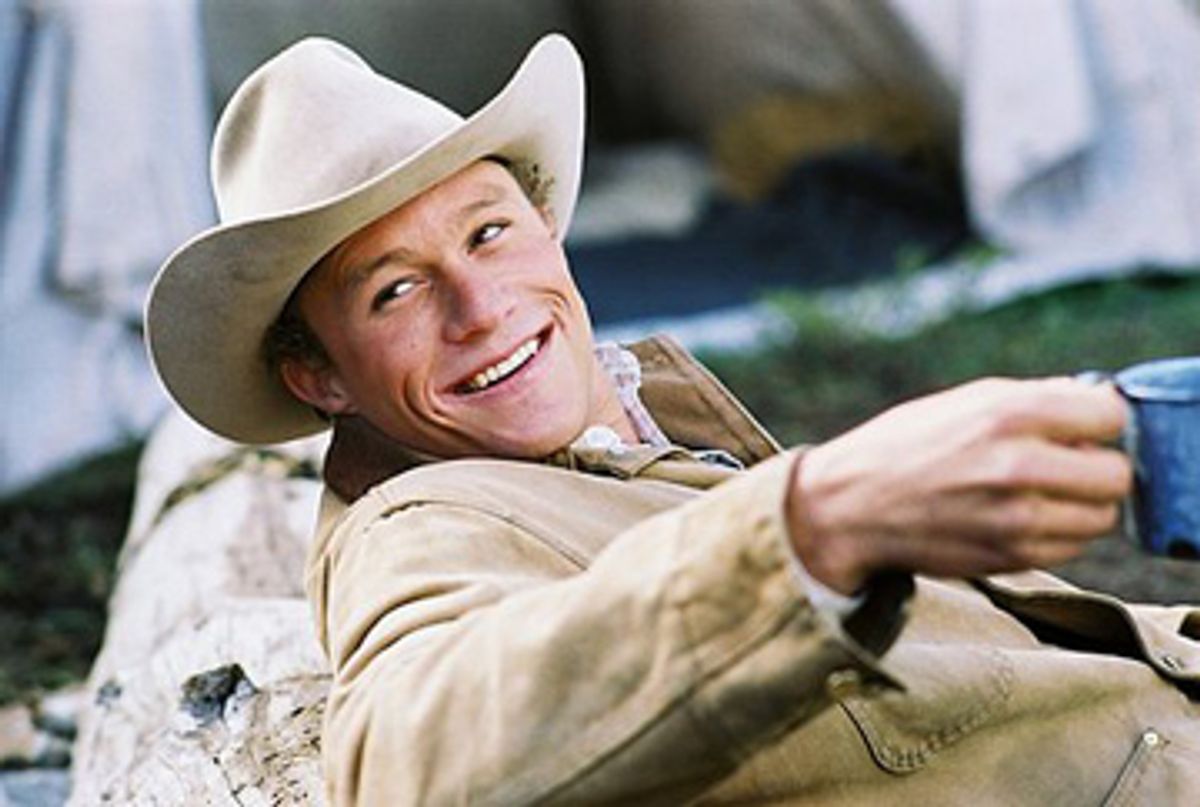 Heath Ledger stopped breathing. An accidental overdose of prescribed medicines is the presumed cause of death. Ledger's toxicology report revealed that he had ingested two sleep medications (Restoril and Unisom), two potent narcotics (oxycodone and hydrocodone) and two tranquilizers (Valium and Xanax). The dosages, not documented, were enough to kill him.

The public occasionally hears of drug-related deaths among the famous. Often the drugs involved are illegal: heroin or cocaine. But death or near death from prescribed drugs, as in the cases of Judy Garland and Anna Nicole Smith, is not unusual, and may not be related to addiction or suicide. According to the Centers for Disease Control and Prevention, motor-vehicle crashes rank first among unintentional deaths in America. But poisoning is second, most commonly from the abuse of prescription and illegal drugs. Unintentional deaths from accidental drug ingestion rose significantly from 1999 to 2004. This trend is primarily due to increasing use of prescription opioid analgesics, and not heroin, methamphetamines or other illegal drugs.

Where does the problem start? How do drug company advertisements, doctors, pharmacies and patients intertwine to cause an overdose?

If a tired, stressed-at-work patient is sick, depressed over a relationship, having pain and develops insomnia -- as Ledger apparently did -- what does he do? He has no doubt been exposed to a media blitz, a tsunami of public proclamations asserting the prowess of a sleeping medication. Pop a pill and you get a perfect night's sleep, eight hours of bliss. Only after you see the beautiful people sleeping and waking refreshed to win a Nobel, and after a sweet voice describes the pill's perfection, do you hear a mellow reminder of the side effects. Be careful, don't drive or drink and, oh, yes, sleeping pills can be addictive. The warning may even advise you to talk to your doctor about other medications.

However, no notation is made that with prolonged use, the pills tend to be less effective so that you will want to increase the dose. For the average person, without knowledge of pharmacology, the risk of such blandishments can be high -- serious side effects and death. The risks are also high for the pharmaceutical companies: millions spent for media buys and billions in revenue accrued from the sales.

Now, any patient, unable to sleep because her back aches or her work overwhelms, feeling protected by the Kevlar of information from Big Pharma, goes to her doctor -- internist or family doctor -- or maybe in the case of a prominent athlete or actor, a physician-friend.

What determines the doctor's reaction when he hears of chronic pain or inability to sleep night after night? The doctor's education -- four years of college, four years of medical school followed by a residency of four to eight years -- has been focused on science, emphasizing prompt relief of symptoms. Medical students learn that pills solve problems. Commonly only allowed a 20-minute visit with patients, a limit insisted on by administrators, the physician is often quick to prescribe without probing for the underlying problem.

The physician may not take the time to ask the patient what other drugs are stored in her medicine cabinet, or if she has seen additional doctors for her problem. Even if the doctor asks, "What other medicines have you been on?" the patient may have forgotten, or not wish to tell the doctor, wanting to keep a large supply on hand to meet an increasing need or even an addiction.

Consider the best-case scenario: The doctor gives the patient a prescription for a small supply, warns of side effects, cautions against overdose and interactions with other drugs. But the patient, worried, ill, does not pay attention to the doctor's words. Particularly if she is alone, she forgets or discards the information.

Next the patient brings the script to a drugstore to pick up her medicine. The pharmacist is too busy to chat with her or too overworked (a nationwide shortage of pharmacists exists) to warn of side effects, or the patient is in too great a hurry to listen, so a clerk hands over the pills without any information. Along with the pills, the manufacturer has inserted a parchment, often written in small hieroglyphics, that lists all the information a patient should absorb before absorbing the pills. Stand outside any pharmacy and ask 10 patrons if they have read or plan to digest the onion skin that tells all. You will find, I venture, nine who have no plans to even glance at the printout.

After leaving the drugstore, the patient realizes the wise doctor has given her only 30 pills, not enough, since one pill no longer gives her what she requires: deep, worry-free sleep or relief of pain or anxiety. If she has all three problems, she will need more pills or other kinds. She goes to another doctor and gets a second supply. She is set for the moment. But her work requires travel, sometimes out of the country. She can locate other doctors in other places who will prescribe. Now she has a fine stash both in her medicine cabinet and in her suitcase.

She is young, smart, well regarded by her associates. She is the opposite of careless. But she has no understanding of physiology, how the body works, what controls vital functions -- breathing, heartbeat, circulation -- and how drugs can affect these functions. How drugs work, their rate of absorption, their peak level of activity, is of no interest to her. She only wants relief of her insomnia, her pain, her worries. She has no idea that drugs have an optimum dose, that combinations of drugs might be like taking too much of a single drug, that often dissimilar medicines can affect the same organs and stop their activities. Unknown to her, she may even have a genetic abnormality that makes her more susceptible to the synergistic effects of the drugs.

The patient is not an addict and suicide is the last thing she would consider. But she has a tough day ahead of her. She needs her sleep. She decides to take two sleeping pills since one did not work well enough the previous night. Because she strained her back yesterday and feared the pain might keep her awake, she takes a narcotic, a single dose. She feels edgy despite the sleeping pills and the narcotic, and so she takes a tranquilizer. The witches' brew works. She dozes off but awakes in two hours, her mind jumbled. She must sleep. She slips into the bathroom and repeats the doses. She lies down, sleeps soon, too deeply. An hour later she stops breathing. She is alone, no one to aid her.

What is the answer to prescription drug overdoses? There is no perfect solution, any more than there is a drug without side effects. But a nationwide database of patient records, including a list of prescribed drugs, would help. The database would be available to all prescribing professionals and pharmacists. A similar program is in place in the Kaiser system. Of course, many patients would object vehemently for privacy reasons. A patient who needed codeine for an episode of acute back pain might worry how a prospective employer would interpret the information. Safeguards to protect patient data would need to be maximized.

The prevalence of increasing drug use in our society with the complication of overdose demands a solution. At a minimum, patients need to learn and understand the dangers of mixing and overdosing drugs, which can lead to the collapse of lung, heart and nervous systems. More informative commercials would help. Using Ledger's tragic death as a case study to educate students and other medical personal would be a powerful reminder.