Third-party programs will finally give the iPhone a shot at greatness. 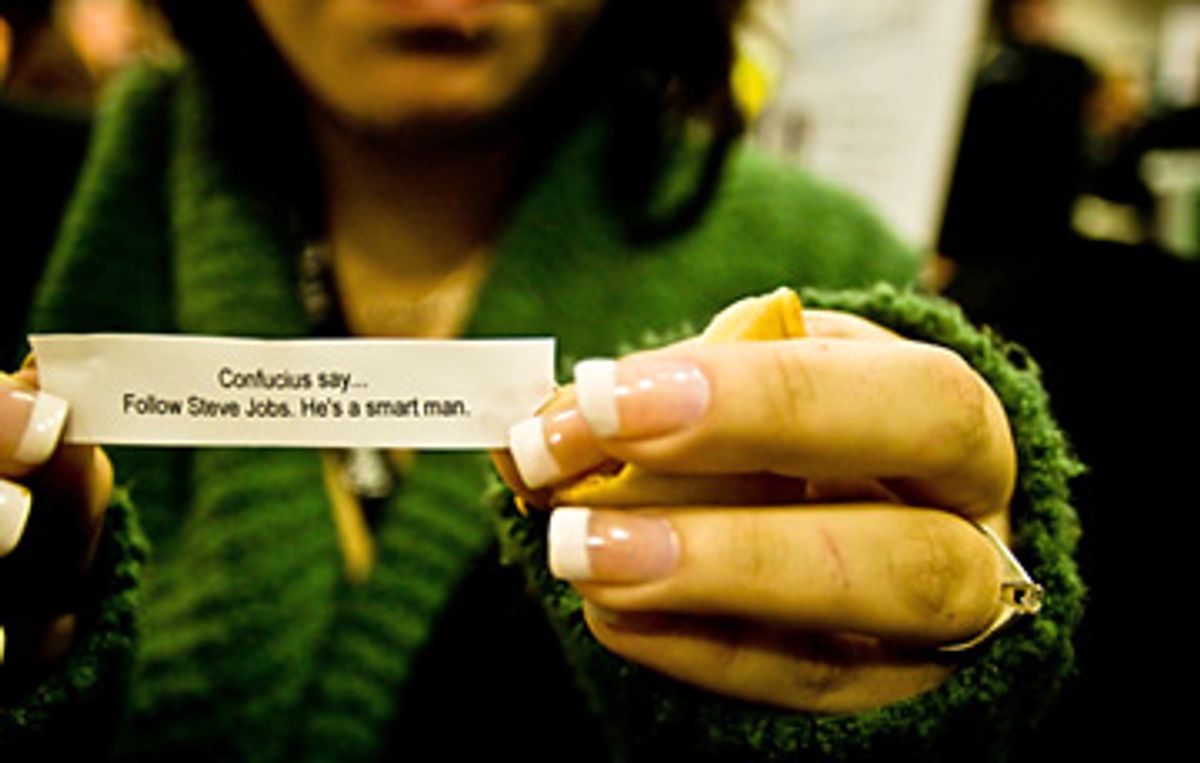 Last June, a day after buying Apple's much-hyped iPhone, the first thing I noticed was that the thing wasn't a cellphone. The iPhone was revolutionary, I wrote then, because it was the first fully-mobile general-purpose computer. It was a Mac you could carry around with you, and that was a very big deal.

Except for one thing: By preventing third-party developers -- programmers not working at Apple -- from creating software for the phone, Apple was limiting the revolution:

I would like to see an iPhone version of Skype, and Quicken, and Pandora, and of course Firefox -- my kingdom for an iPhone Firefox and its bazillion plug-ins!

The program will go live for the public in June, when Apple releases version 2.0 of the iPhone's system software. The new capabilities will go out to all iPhones for free.

That is, in a few months' time, everyone's iPhone will be able to run programs made by a software developers across the world, not just those in Cupertino. Firefox for the iPhone -- not to mention Quicken for the iPhone, 3-D games for iPhone, maybe even Skype for the iPhone -- is no longer a dream. It's a reality.

I have to admit, I've been skeptical that Apple would do the right thing here. Last year, it didn't treat third-party apps -- created without Apple's approval -- very kindly when it issued an iPhone software update.

Jobs, in defending keeping other people's programs off the iPhone, often suggested that security was the problem -- if just anyone could create programs for the iPhone, he said, AT&T's cellular network would be made vulnerable to iPhone viruses.

This claim seemed specious: Surely Apple could find a way to keep malware off the phone while allowing useful apps an entry? So what was the real reason for the lock? Was it money? Was it Jobs being a control-freak -- did he want to personally approve everything that got on to the phone?

There was also the worry that Apple would allow third-party apps, but would demand a huge licensing fee from anyone who wanted to create iPhone programs. This would limit developer interest: If they have to pay Apple to make software for the iPhone, the best developers were likely to choose a more hospitable mobile platform. Like, say, Google's Android phone.

Though he didn't mention the competition during his announcement at Apple's headquarters today, it seems reasonable to guess that Google's entry into the phone market helped prompt Jobs' change of tune. Today's announcement goes far in cementing the iPhone as the leading mobile platform -- Apple's SDK looks so powerful, and its licensing terms are so reasonable, that mobile developers would be crazy not to adopt the iPhone as their main focus.

Under the new system, Apple has created something called the iPhone App Store. The store, which you access through the phone itself, lets you browse through all third-party applications available for the phone. You can buy and start using them instantly. Developers will be able to choose the sales price; they'll keep 70 percent of the revenues, and Apple will get 30 percent (which is similar to the the sharing model Apple uses for music sales on iTunes).

But here's the best part: If you want to "sell" your program for free, Apple will charge no fee to developers. This is an obvious boon to free software projects like Firefox.

You can expect many big software companies to get into the iPhone applications business. At the presentation today, EA Games, Sega, Salesforce.com, AOL, and others showed off some great iPhone sample programs they'd created in just a few weeks' time.

Apple says that the SDK is the very same system that its own developers use to make iPhone programs, meaning that third-party developers will be able to do everything that Apple's programs do. (There are some exceptions: Voice-over IP programs like Skype will only work on the iPhone's Wi-Fi network, not its AT&T cellular network. Presumably, this limitation is an AT&T demand.)

But not only big companies will make iPhone programs. Today Kleiner Perkins, the huge Silicon Valley venture capital firm, announced a $100-million fund to invest in new companies looking to create programs for the iPhone.

In making the iPhone accessible to other entrepreneurs -- software developers everywhere with with bright, useful ideas -- Jobs may have proven Doerr right. The iPhone, now that it's open, could really be huge.