This sprawling epic is as lively as a natural history museum diorama. Beware the woolly mammoth! 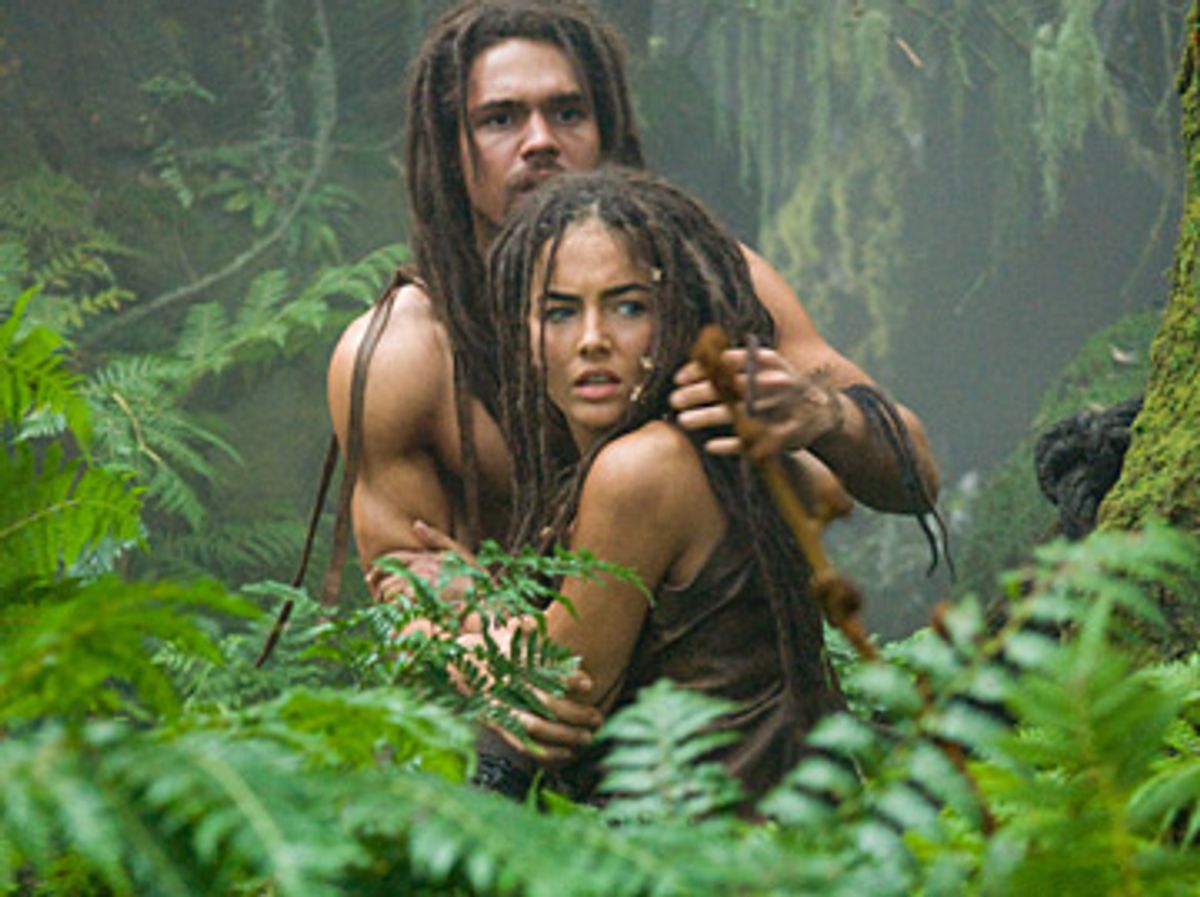 If the great thrillmeister salesman William Castle were alive today, he'd know how to market "10,000 BC," the new epic -- I use the word loosely -- by Roland Emmerich: "No one will be admitted during the exciting woolly mammoth escape scene!" And watching the massive, oddly graceful beast scramble to escape the hunters who are hoping to capture it for their tribe's annual pancake breakfast is, I'll concede, exciting, at least for 30 seconds. The rest of "10,000 BC" is like a Museum of Natural History diorama, except there, the figures move around more and wear outfits that don't look like Lenny Kravitz rejects.

"10,000 BC" would be much better if it allowed itself the freedom to be kitsch. A voice-over at the beginning -- coming from Omar Sharif, no less -- explains in fruity, educated tones how the Yagahl tribe, a simple, peace-loving people who kill only what they need to eat and have deep respect for the animals they consume, must wait and wait for the big herds of mammoths to come roaring through their landscape. Then they take elaborate steps to capture just one, which they grill on a giant George Foreman.

But the mammoths are coming less and less frequently, so getting sufficient amounts of food -- not to mention locating enough hamburger buns -- has become a worry. But an even bigger worry for the Yagahl, old grandpappy Sharif tells us, is the arrival of "the four-legged demons." These are slave raiders from a neighboring culture -- one that has actually figured out how to build pyramids! -- who arrive on horseback to whisk off the Yagahl young to use as cheap labor. They're shackled and brought to their new neighborhood, where high priests in Lee press-on nails decide which ones to sacrifice to their almighty god, who's really just a skinny old guy decked out in semisheer window treatments from ABC Carpet and Home. Believe me, Emmerich spared no expense in the making of this thing.

The plot here -- what there is of one -- involves the efforts of a young Yargahl hunter, D'Leh (Steven Strait), to prove his bravery and nobility and to win his lady love, D'Lovely. OK, her name is really Evolet, and she's played by Camilla Belle, an actress who gave a well-tuned performance in Rebecca Miller's "The Ballad of Jack and Rose" and who deserves a better fate than the one she suffers here, forced to wear crusty dreadlocks and adornments made of animal teeth, no less.

There's a great deal of running around and spear chucking in "10,000 BC," as well as a mildly interesting scene in which D'Leh rescues, and charms, a saber-toothed tiger. But the picture, despite the grand panoramic scale Emmerich has tried to give it, is dopey and static. Its finest moments belong to the thundering herd of woolly mammoths who storm through the picture sometime in its first half-hour. With their spiraling tusks and scruffy, fun-fur flanks, they have an endearing, Snuffleupagus-like quality. Bet you can't eat just one.