This intricate, slyly entertaining heist movie dazzles -- and delivers a sex symbol with a soul. 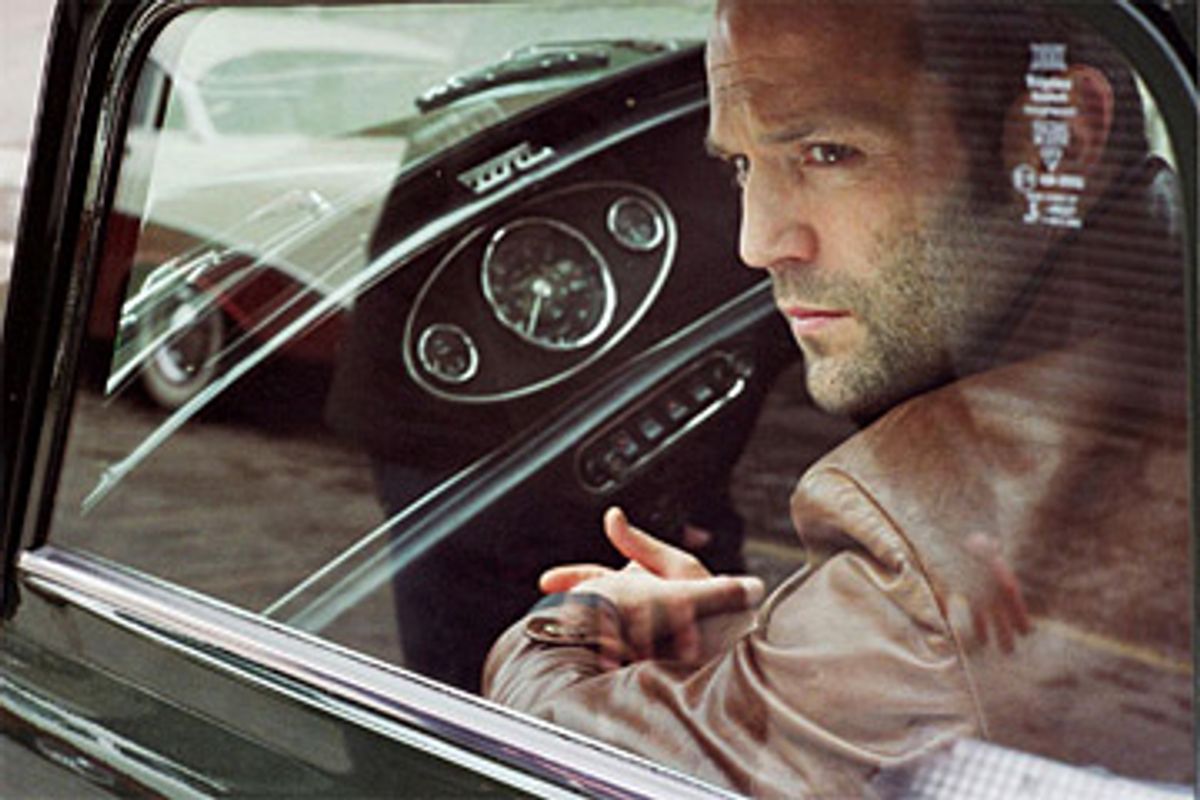 One of the pleasures of bank-heist movies -- good ones -- is the process of unraveling the intricacies of their plot machinery, of marveling at the way Slot A fits so smoothly into Tab B, or doesn't: There's always the risk that a car won't show up at the appointed time, or that an eager rookie thug will blab important info to the wrong person. In the movies, pulling off a good heist always involves a certain degree of skill, of good-natured buffoonery, of haphazard luck, and the characters in Roger Donaldson's "The Bank Job" generously fill all those requirements.

But "The Bank Job" has something else going for it, too. Set in 1971 London, and based on a real-life Lloyds Bank robbery, the picture captures the vibe of its time, evoking the period in which Great Britain was caught in a kind of limbo, post-swinging London and pre-punk. It was a country headed for inflationary troubles (which instigated a three-day workweek to conserve energy) and, further down the line, the sinister tenure of Margaret Thatcher. It's one thing to keep the action moving crisply, as Donaldson and his screenwriters, Dick Clement and Ian La Frenais, do. But the filmmakers also capture an aura of desperation: The movie's group of petty criminals yearn for glamour -- or maybe just an extra bit of dough -- even as they practically see it slipping through their fingers. "The Bank Job," entertaining and subtle at once, doesn't just dazzle us with the hows and whys of a particularly wily brand of thievery; it transports us to a specific time and place that often seems to fall between significant eras. "The Bank Job" is set in a country that's in transition, an extended metaphor for the way its characters are in transition, too.

Jason Statham plays Terry, a family man with a somewhat shady past who now runs a used-car dealership in East London. One day Martine (Saffron Burrows), a former model and a friend from his old neighborhood, shows up with a proposition: She has a supposedly foolproof plan for getting into a bank vault on Baker Street that's packed with safe-deposit boxes full of cash and jewelry. Do Terry and his friends -- who include Kev (Stephen Campbell Moore, of "The History Boys"), an aspiring fashion photographer who's smitten with Martine, and Dave (Daniel Mays), a rather ordinary-looking bloke who picks up extra money acting in porn -- want in?

What Terry doesn't know is that those safe-deposit boxes contain more than just cash and jewels, and that a host of parties -- including the black radical, thief and pimp Michael X (played by Peter De Jersey), a ruthless porn kingpin (played by David Suchet), and numerous government officials and members of MI-5 -- have a keen interest in their contents. "The Bank Job" -- in the tradition of heist movies like "Rififi" and "The Italian Job" -- is partly about how Terry and his crew get to those boxes, but what happens after they get to them is just as significant. The plot is so complex that it sometimes comes off as slightly convoluted, but the multiple stories here dovetail smartly at the end. And while this isn't the cheeriest of heist movies, the fact that it ventures into some slightly dark places gives it a degree of unexpected integrity. The underlying suggestion is that as delightful as it must be to get away with a crime, there's always some unforeseen moral consequence.

You need the right actors to make a movie as intelligent and as engaging as this one is, and Donaldson -- whose most recent pictures were "The World's Fastest Indian" and "The Recruit" -- knows how to make each character in this rather complex ensemble seem whole and distinct: Mays is alternately scrappy and touching as the doughy-faced would-be porn star (it's clear his attributes are the kind of thing we can't see when he's fully clothed). Burrows, with those miraculous cut-glass cheekbones, is a joy to watch: She's an elegant, dishy moll, and watching her move in an assortment of beautifully tailored smoking jackets and tweed coats is one of the picture's more sensual pleasures.

Statham, an appealing-enough action star, moves into new territory here: His Terry is the kind of regular guy who wants a better life for his family but who isn't immune to certain carnal temptations. In one scene, he's confronted by his wife, a blonde named Wendy (played by Keeley Hawes), who always seems slightly disapproving and mistrustful of him even though he's sworn his loyalty to her. The look in Statham's eyes reassures her more than his words ever could -- they have a melting quality that counterbalances the rough, masculine raspiness of his voice. In the press notes for "The Bank Job," Donaldson says that Statham reminds him of a British Steve McQueen, and the comparison makes sense. In "The Bank Job," Statham is a sex symbol with a soul, a man who realizes that one of the great rewards of going places is reaching the point where you can allow yourself to stay put.